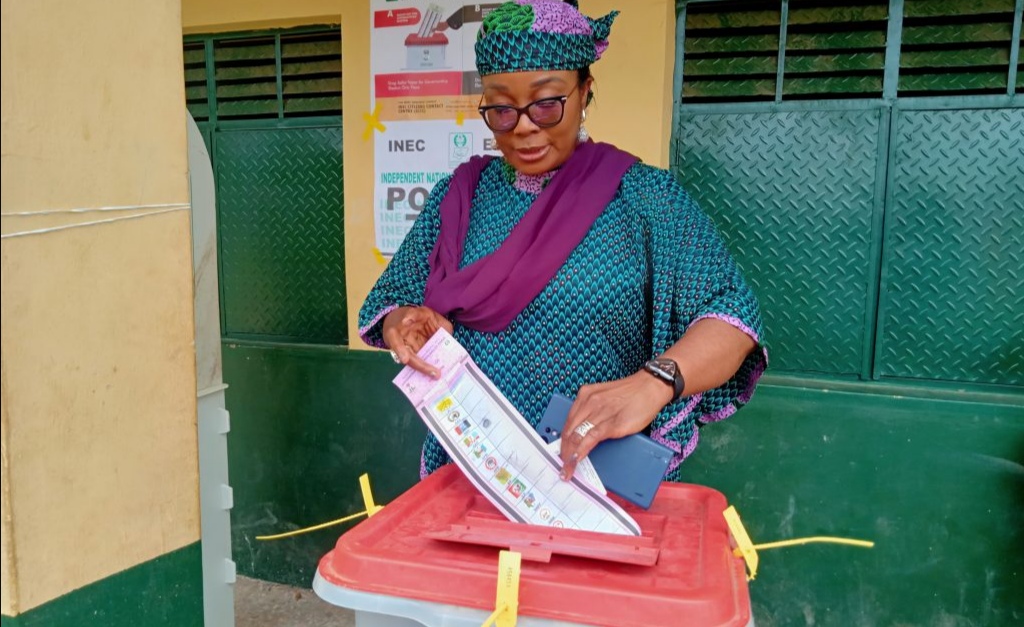 Members of the All Progressives Congress (APC), and Peoples Democratic Party(PDP), have expressed confidence in winning the Osun governorship election.

They also commended the Independent Electoral Commission (INEC) for the timely arrival of voting materials, as well as the large turnout of voters.
The News Agency of Nigeria (NAN) reports that the Osun governorship election holds (today) Saturday, July 16.

A member of House of Representatives, Mrs Taiwo Oluga, who spoke with newsmen after casting her vote at Unit 2, ward 2, Oke Apata, in Gbongan town, commended the peaceful conduct of the election.
Oluga, representing Ayeedade /Irewole/ Isokan federal constituency also commended the large turnout of voters.
She, however, said that the candidate of the APC would emerge victorious at the end of the election.

“I want to give kudos to INEC for the timely arrival of election materials.
“The security arrangement is perfect and the turn out is impressive.
” I am also confident that the APC candidate will win at the end of the day,” she said.

Also speaking, Prince Dotun Babayemi, a Chieftain of PDP, who spoke with newsmen after casting his vote at Unit 2, Ward 2, Oke-Apata, Gbongan, commended INEC for timely arrival of election materials.
Babayemi also said that the candidate of the party would emerge victorious.

” Everything is going well and I urge law enforcement officers to ensure that security of lives and property remain a priority.

“There is no intimidation. We are family. We are brothers and sisters.
“All we are doing is to get the right policies in place by electing the right people.

“I am not being divisive but we need to get the right people in power.
” The two polling units I have been to, the people have been yearning for this day and I can assure you that the PDP will win.

“INEC seems to be getting it right and we hope that is reflected all through the election,” he said.