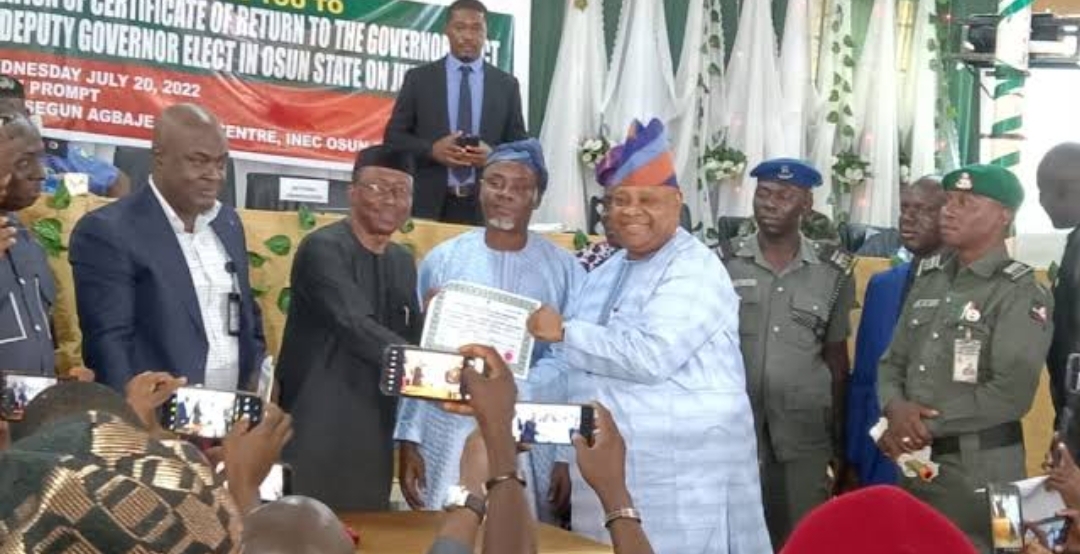 The Independent National Electoral Commission, on Wednesday, presented the certificate of return to Ademola Adeleke, the governor-elect of Osun state, and his deputy, Kola Adewusi.

Mr Adeleke of the main opposition Peoples Democratic Party, had on Saturday, July 16, defeated the incumbent governor Adegboyega Oyetola of the governing All Progressives Congress, with 403, 371 votes.

Mr Adeleke’s certificate of return was presented to him and his deputy-elect, by INEC National Commissioner in charge of Osun, Ogun, and Oyo states, Professor Kunle Ajayi.

Fifteen political parties participated in the July 16 governorship election of the state.

Receiving the certificate, Mr Adeleke dedicated his victory in the Saturday election to the memory of his late elder brother, Isiaka Adeleke.

He also promised to develop the Osun as assured the resident during his electoral campaigns.

Peoples Gazette had earlier reported how the PDP won 17 of the 30 Local Government Areas of the state while the APC won the remaining 13.