Gov Umahi distances self from video of soldiers flogging civil servants, says it was doctored 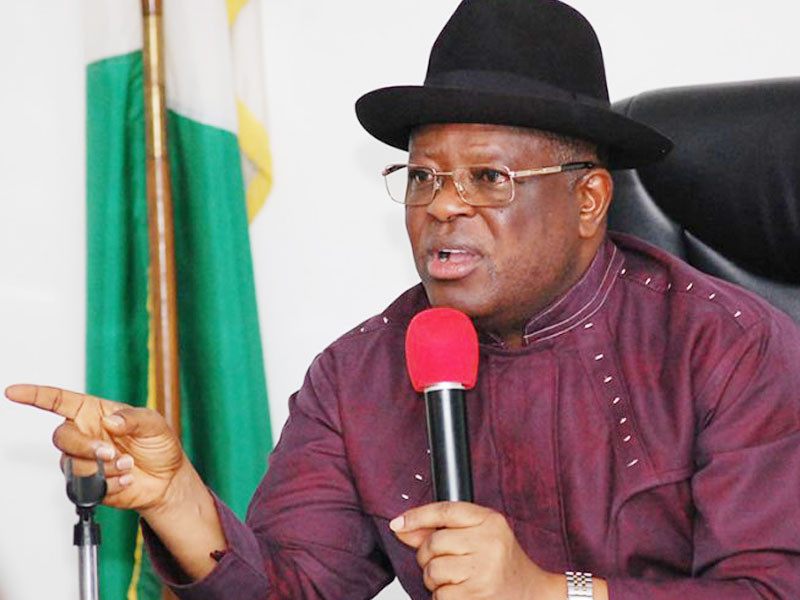 Governor David Umahi of Ebonyi State has denied claims he instructed men of Nigerian Army to flog some persons said to be civil servants in the state.

On Tuesday, October 4, a former Chairman of National Human Rights Commission, Chidi Odinkalu, shared a video on social media, alleging that Gov Umahi ordered soldiers to flog workers who arrived late at a site where he came for inspection.

In a statement released, the Ebonyi State Commissioner for Information and State Orientation, Uchenna Orji, said the video was “doctored”.

Read the statement below…

1 Our attention has been drawn to a doctored footage purporting to be Civil Servants rolling on the ground and being flogged by security personnel in the presence of the Governor of Ebonyi State while on inspection at the Government House gate, Abakaliki as reported in Sahara Reporters publication and shared widely in different social media platforms and accepted line hook and sinker by the gullible.

We wish to inform members of the public that the purported footage is a video manipulation of an aborted attempt by miscreants to block the Airport gate and inflict fear on those working at the on going International Airport and possibly embarrass the Governor who was on a routine inspection visit to the Airport project, in guise that they were enforcing sit-at home- order at the premises of the Airport on Tuesday, 4th September,2022.

Contrary to the fake report that the incident happened at the gate of the Government House in Abakaliki while the Governor was on supervision, the miscreants were dispelled at the gate of the new Airport under construction. It is to be noted that no Civil Servants or employees whatsover have been recruited to work in the Airport and so no Civil Servant was flogged at the Airport gate, contrary to impression in the trending report. We are therefore surprised at the basis of the unintelligent fabrications of the mischief makers.

There is no amount of blackmail that can distract the performing Governor of Ebonyi State,His Excellency Engr Chief David Nweze Umahi FNSE FNATE who had visited the Airport to carry out his routine inspection of projects as regular inspection of projects is one the reasons why we pride with quality assurance in our policy of monitoring and evaluation in Government businesses.
Members of the public are therefore enjoined to discountenance the manipulated trending video as the handiwork of enemies of progress.