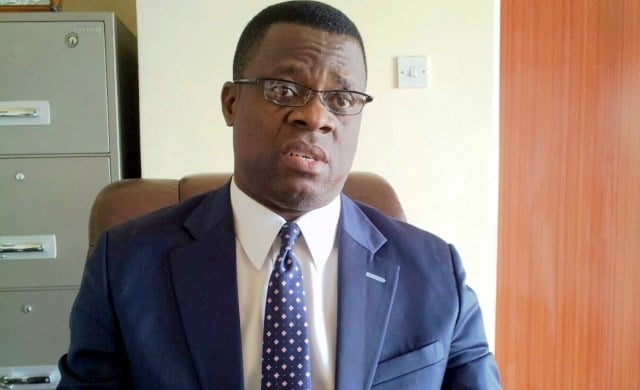 The petition dated July 7, and received by the electoral body on July 8, was addressed to the National Chairman of INEC, Professor Mahmood Yakubu.

The petition signed by APC Zonal Organising Secretary, South-south, Dr. Blessing Agbomhere and titled; “Incessant acts of biasness, injustice, sabotage and malevolence meted out on the All Progressives Congress in Akwa Ibom state.”

Agbomhere decried that APC has been at the receiving end of injustice and ill-will since the deployment of Igini to Akwa Ibom state.

He lamented that since his deployment of Igini has allegedly sabotaged and worked against APC in the State, even when he was not supposed to be partisan or supportive of any party by virtue of his position

The APC chieftain said he would be more than willing to approach the Code of Conduct Tribunal against and also the Federal High Court against Igini to obtain an Order of Mandamus to compel the Commission in any event where his prayers and demands are not met within the time given.

He said Igini was the reason for all the crisis in APC in the state and was also the reason why the Commission was yet to validate the candidacy of Sen. Godswill Akpabio and the party’s candidate, Mr. Akanimo Udofia.

Agbomhere pointed out that a violation of the provision of Section 26 of the Electoral Act of 2022 was not without its consequences, which he said was rightly captured in Section 120 of the Act.

He stated categorically that Igini should be committed to the relevant authorities for prosecution for the violation of Section 26 of the Electoral Act of 2022.

Agbomhere said: “May I remind you, Mr. Chairman, that the integrity of the Commission is greatly at stake here as this issue has generated not just statewide protests but also nationwide concerns by both members of our party and the generality of Akwa Ibomites and Nigerians.

“We believe that Mike Igini is not the only INEC REC in Nigeria hence his position should not bring disrepute of any sort to the Commission neither should same be used as an oppressive tool against the All Progressives Congress or any other political party.

“From the foregoing facts we have just made available to you, Mr. Chairman, there will be no gainsaying that Mr. Mike Igini, the INEC Resident Electoral Commissioner for Akwa Ibom State, has been compromised, shown partisanship and regrettably so, abused his office as an INEC official hence we make the following prayers to you;

“That, Mr. Mike Igini is not fit and proper to remain as the INEC Resident Electoral Commissioner of the State. This is because a free and fair election begins with a free and fair process. Hence Mr. Igini has compromised, he, therefore, lacks the capacity to conduct or supervise any election in the state.

“That, Mr. Mike Igini be sacked and dismissed within 48 hours from the time of receipt of this petition.

“That, Mr. Mike Igini be committed to the relevant authorities for prosecution for the violation of Section 26 of the Electoral Act of 2022.”