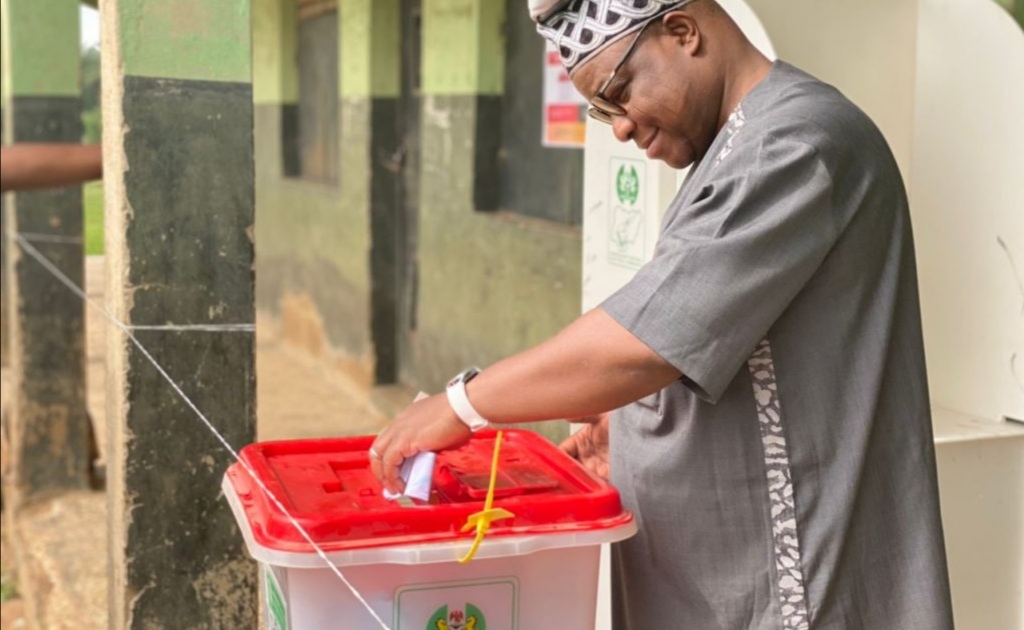 The Candidate of Accord Party, Dr Akin Ogunbiyi, has commended the Independent National Electoral Commission (INEC) for the ealy commencement of Saturday’s Osun governorship election.

Ogunbiyi, who spoke with newsmen after he cast his vote at ward5, unit 3, Methodist Primary School, Ile-Ogbo, Ayedire Local Government Area also commended the large turn out of voters for the election.

” The process has been peaceful and progress is being made.

” However , I want the process stepped up to accommodate all eligible voters within the time.

” The turnout has been massive and impressive, the report across the state shows that it has been peaceful,” he said.
Ogunbiyi, also the Chairman of Mutual Benefit Assurance, commended security agencies for their professional conduct.