The Independent National Electoral Commission, INEC, has finally confirmed Bashir Sheriff Machina as the authentic candidate of the All Progressives Congress, APC, for the Yobe Zone C Senatorial District.

The electoral body also disassociated itself from the emergence of Senate President Ahmed Lawan as the party’s candidate for the senatorial district.

The APC had earlier uploaded Lawan’s name on the INEC portal as the party’s senatorial candidate for the Yobe Zone C.

Although it was obvious that the Senate President did not take part in the party’s primary which produced Machina, powers that be in the constituency found a way to sneak his name into the INEC portal.

Lawan was reported to be chasing his dreams of becoming Nigerian president during the senatorial primary election, a race he lost to Bola Ahmed Tinubu.

It, however, came as a shock to many Nigerians when the name of the authentic winner of the primaries was substituted for that of Lawan who did not participate in the election.

In the documents uploaded by INEC on Thursday Lawan’s name was absent. 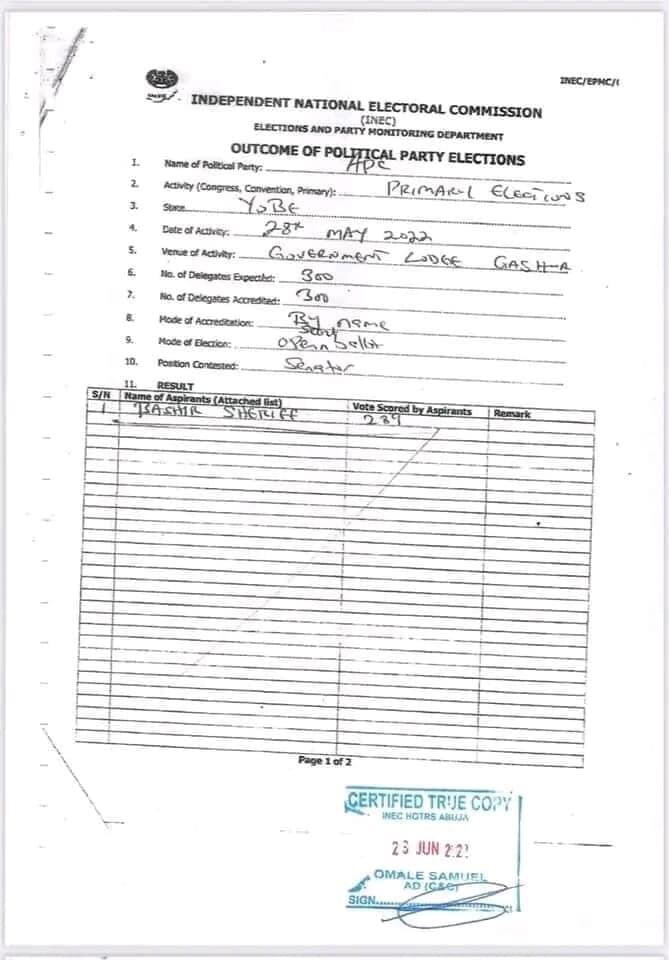 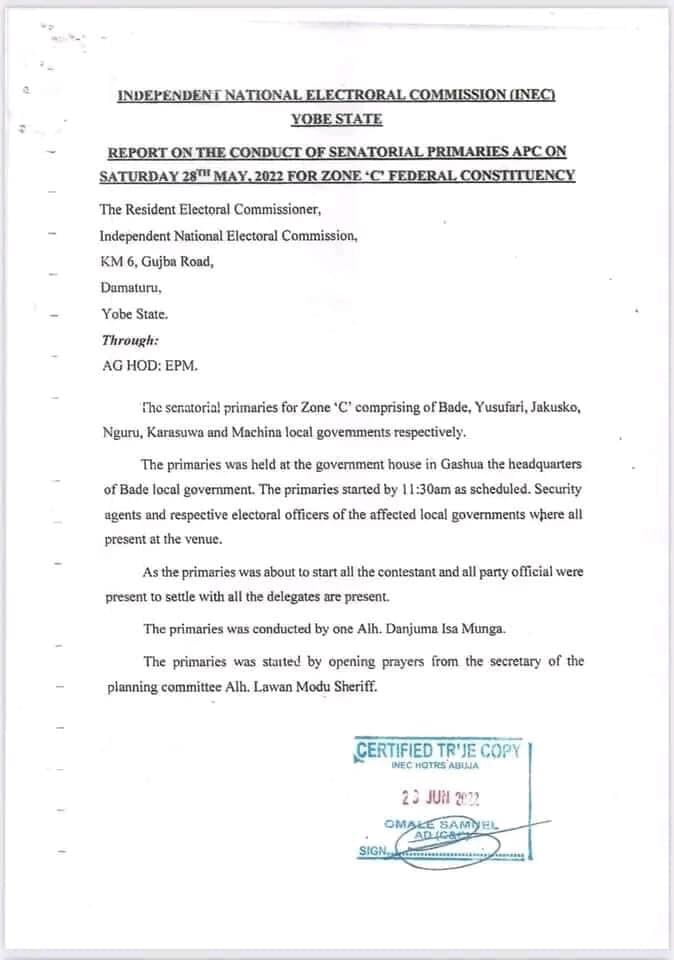 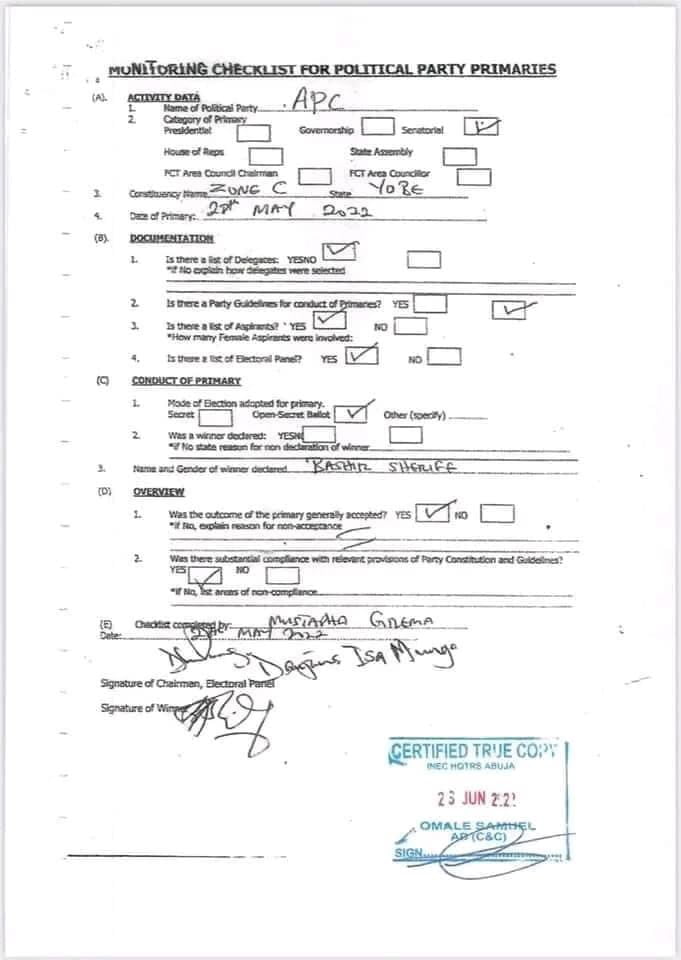 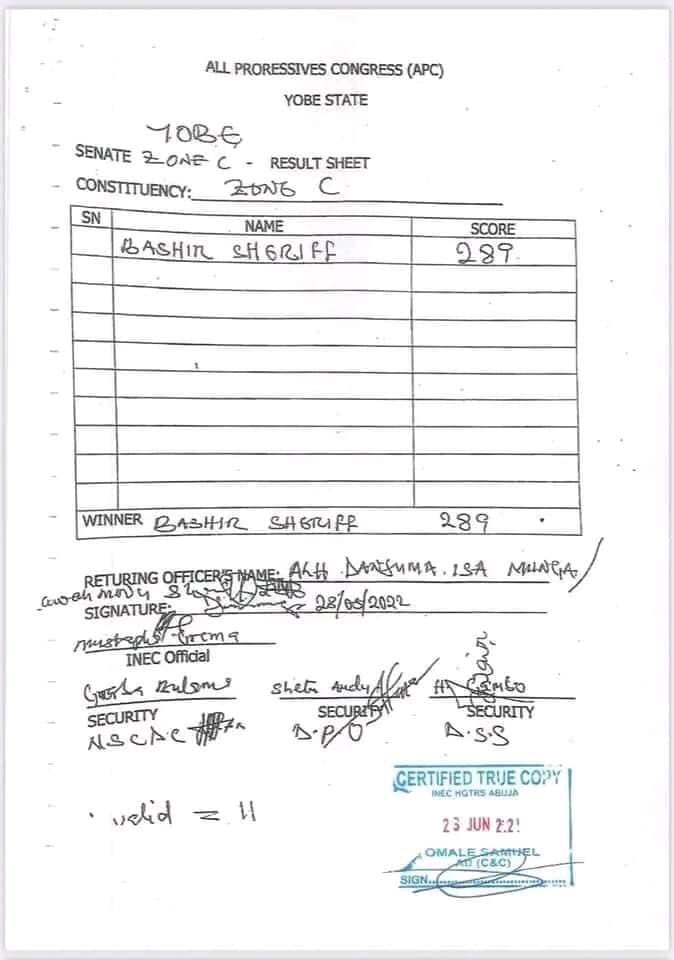