Many parts of the country are currently experiencing power outages as members of the National Union of Electricity Employees (NUEE) commenced an indefinite industrial action today August 17.

The electricity union is protesting the non-payment of outstanding arrears owed to former workers of the defunct Power Holding Company of Nigeria (PHCN), the suspension of conditions of service and career path for workers and the directive by the TCN board to conduct promotion interviews for acting principal managers who are moving to Assistant General Managers .

According to data from the Independent System Operation (ISO), a section of TCN, power generation on the grid was 4,149.40MW as of 6am from 21 power plants on Wednesday but drastically dropped to 1,635MW from 17 plants.

Some of the transmission companies have taken to social media to inform their customers of the power cut due to the strike.

The striking workers have vowed not to resume work until all their demands are met by the Federal Government. 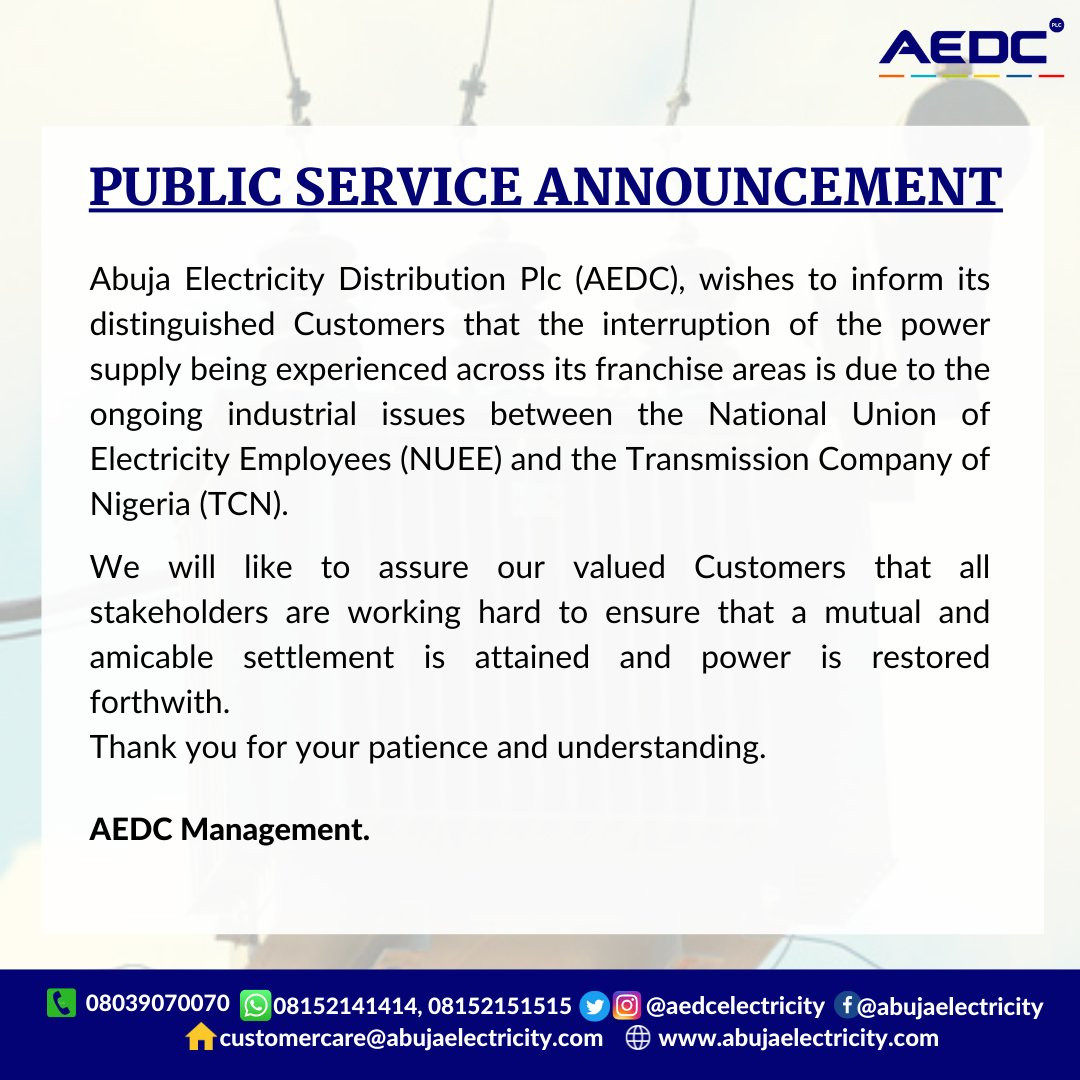 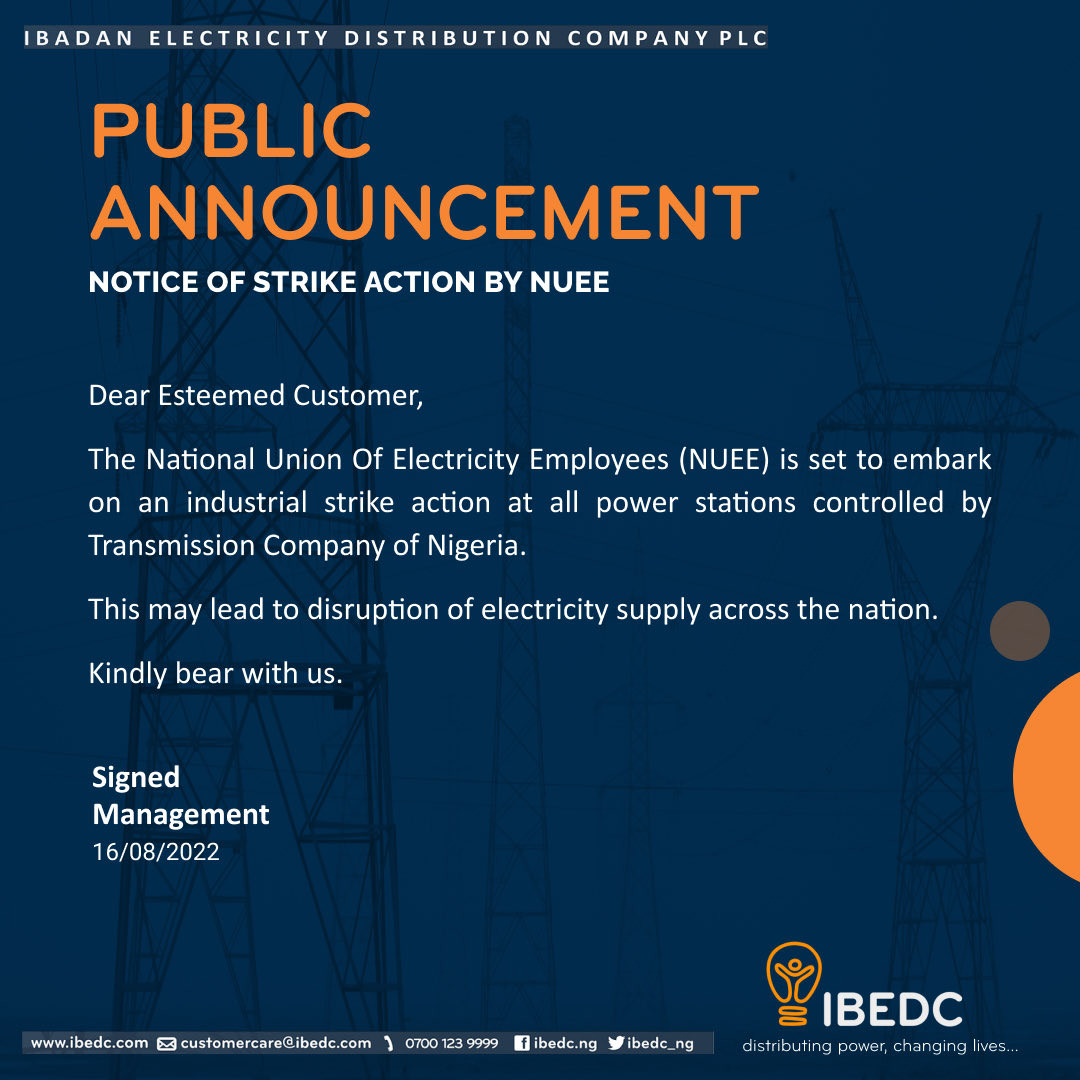 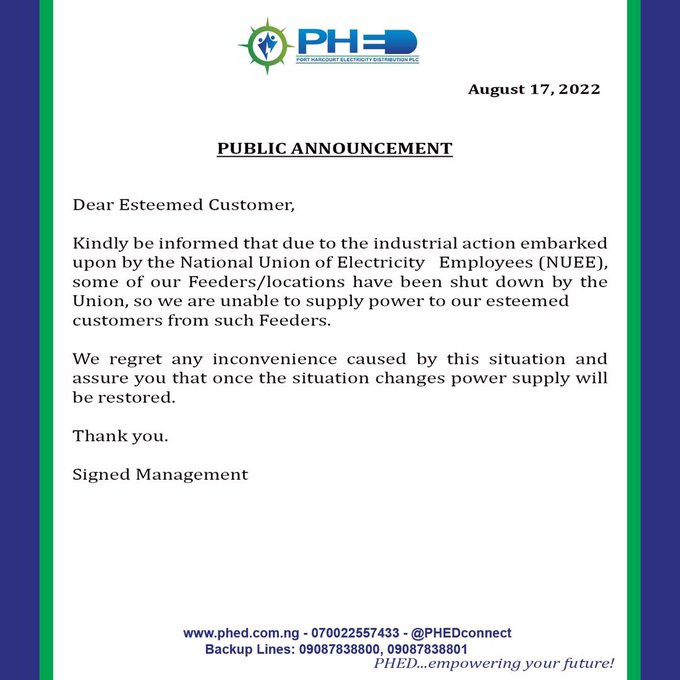