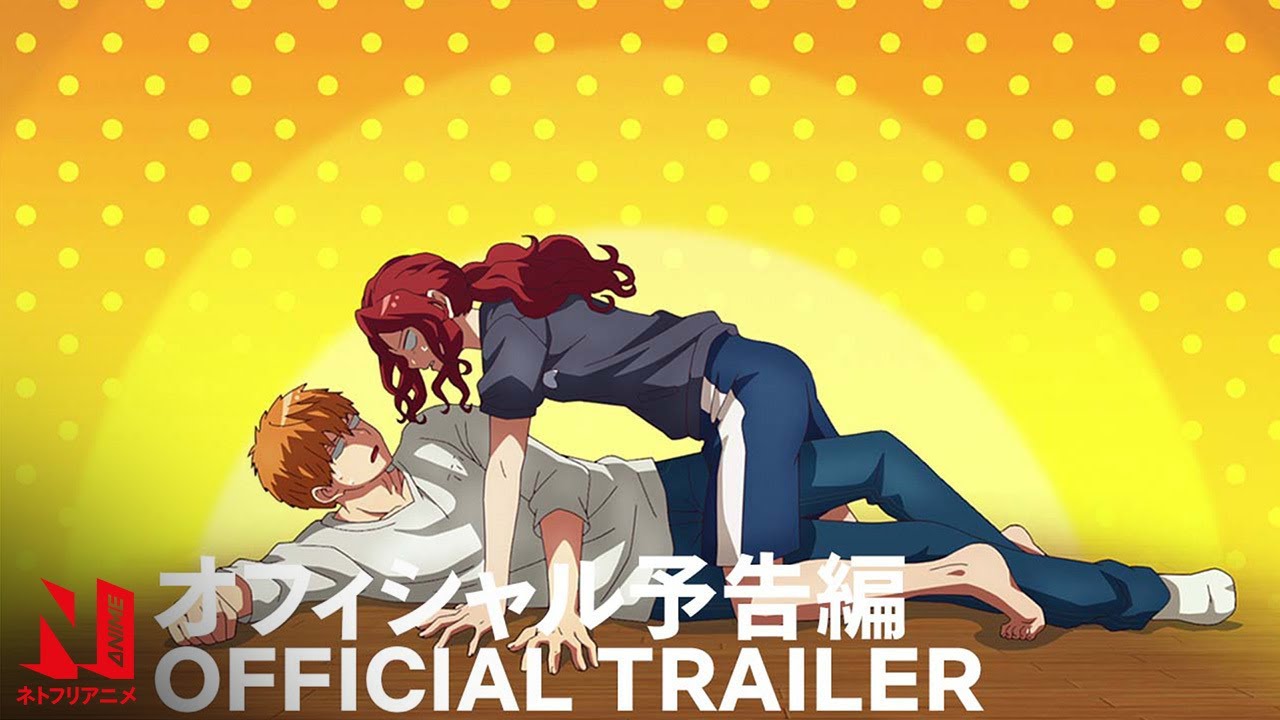 My Life Has Become a Dating Sim

Episode 3 of Romantic Killer begins with Anzu dreaming about her Momohiki, which transforms into a cat-like muscular Ikemen. Anzu woke up realizing she slept on Tsukasa’s lap all night. Tsukasa departs, and Anzu notices he forgot the packed lunch she made for him.

She wants to give it to him at school but hesitates because she doesn’t want to draw attention from others. While trying to remember what happened last night, Tsukasa arrives at her home. He tells her that his room was flooded with water, possibly due to the severe rainstorm Riri conjured. Riri says he plans to take the day off and asks Anzu for her phone number.

Anzu gives Tsukasa her phone number and his school lunch. He asks why she wrapped it up in a goofy-looking bag, and Anzu says she didn’t want his fans flocking toward her. The two depart. Anzu enjoys her day at school while Tsukasa makes arrangements for a hotel room and other things. At school, Anzu’s hesitant to tell her friend Saki about the ordeal with Tsukasa.

Anzu gets a phone call from Tsukasa, who tells her that her scrambled eggs are overly sweetened. Tsukasa asks if they can meet at Toutor when she’s free, and Anzu accepts. Anzu and Saki dig into their meals. While they eat, Anzu feels bad that Tsukasa bought a new phone because she’s the one who broke it. Two girls approach their teacher and ask for him to check up on Tsukasa.

The teacher tells them Tsukasa bought a new phone and is about to call him now. One of the girls asks him to give him their number. The teacher tells the girl to handle the situation themselves, angering her. When the girl grabs his phone and puts it on speaker, Anzu picks up, startling the three. Everyone meets each other with awkward expressions on their faces.

At the Toutor café, Tsukasa waits for Anzu to arrive while the girls next to him gossip about his good looks. Anzu arrives but so do the girls from earlier. They confront Tsukasa with many questions and greetings. When the girls leave to grab some coffee, Anzu asks if he’s mad at her. Tsukasa asks Anzu why she brought the other girls with her. Anzu fails to answer, and we flashback to the school.`

At school, the two girls from earlier bombard Anzu with multiple questions, like why Tsukasa called from her phone. Since he lived close by, she wanted to help him out. The teacher tells Anzu to tell Tsukasa to call him, and he departs. The two girls reveal themselves as Rena and Yukika and hope Anzu doesn’t mind if they join her. After explaining, Tsukasa gets up and throws his meal out.

He grabs Anzu by her arm and plans to leave. Rena and Yukika catch wind of this, but Tsukasa makes it clear that he only made plans for him and Anzu. As Anzu and Tsukasa walk in a park, they discuss the matter. Tsukasa reveals that he’s annoyed with Rena’s flirtatious attempts as he’s not interested in dating anyone. Anzu apologizes to Tsukasa for bringing Rena and Yukika. However, Tsukasa tells her that it’s not her fault.

Tsukasa remarks that she’s different from other girls and that he can relax whenever he’s around her. Anzu discusses how they both have no interest in dating people. She addresses these boundaries to maintain their friendship and prevent it from spiraling into something romantic. Tsukasa asks Anzu if he can store his items at her place while he waits for everything to go swimmingly at his place.

He tells her what he’s been doing in the meantime, from finding part-time work to having a real estate agent book him a place to stay. Anzu tells Tsukasa that she wants to pay him for breaking his phone. While Tsukasa takes a phone call from the real estate agent, Anzu reflects on how his presence evokes a similar relaxing feeling. Tsukasa tells Anzu there are no rooms available. Anzu knows Riri’s behind this and starts sweating.

While Anzu wallows in misery, Tsukasa gives her a compromise. Instead of paying him back, he suggests she let him stay with her for a month. Tsukasa promises to help with chores and will make dinner and her lunches on his days off. Anzu worries about the situation because she knows Riri will place her and Tsukasa in many romantic circumstances. Out of guilt, Anzu accepts Tsukasa’s proposal.

The next day, Anzu wakes up and thinks the events from the other day were a dream. When she enters her kitchen, she realizes it wasn’t make-believe. Anzu centers her attention on Tsukasa’s multiple meals he’s made for them. Anzu reflects on how much of a hard worker Tsukasa is. As Anzu partakes in her meal, Tsukasa departs. Anzu believes Tsukasa crashing at her place may not be as bad as she thought.

Riri pops up and starts taunting Anzu for living a dating sim lifestyle. She taunts Riri for choosing an Ikemen who has no interest in dating. However, Riri explains that falling in love happens unexpectedly. He promises her that Tsukasa won’t be the only one entering her life. Someone rings Anzu’s doorbell, and she notices they have a similar school uniform as her. Anzu’s shocked to find another Ikemen in her presence.

Matters have kicked up a notch in this episode of Romantic Killer. Not only will Anzu need to watch out for Tsukasa, but she must contend with her childhood friend too. It’ll be difficult for Anzu to prevent her romantic feelings from cropping up. On the other hand, this episode gave viewers more reasons to adore Tsukasa.

Despite coming off as a jerk in the first episode, we’ve seen his more pleasant nature blossom since his introduction. We learn why he acts the way he does toward other girls. No one would want to have their lives bombarded by people every day. He wanted a break from all that. He finds Anzu to be his ticket to avoiding the attention. Not only that, but Tsukasa has many likable feats as a hard worker and romantic figure.

With the childhood friend entering the mix, Anzu won’t only need to worry about avoiding romantic tension. She’ll need to avoid causing a rift between her and Tsukasa’s friendship. This alone makes her situation feel more drastic than she realizes. On the other hand, some fans may find it disappointing that Riri didn’t do anything to cause Anzu more worries.

There were many times when Riri could’ve introduced more conflicts for Anzu to handle, especially knowing how much Rena loves Tsukasa. Certainly, Anzu’s childhood friend’s introduction could provoke some hateful behavior from Tsukasa. However, it would’ve been interesting to see Riri place more pressure on Anzu by having her deal with Rena’s jealousy.

Otherwise, this was a fun episode. The jokes are funny and there are some amusing facial expressions too. There should be a lot of drama between our three potential love birds.