This recap of Y: The Last Man season 1, episode 7, “My Mother Saw A Monkey”, contains spoilers.

Even if Yorick Brown wasn’t such a blithering man-child, word of his inexplicable survival was going to get out sooner or later. In “My Mother Saw A Monkey”, it does, and then some, which is probably a good thing on balance since the story has been flagging across the last couple of episodes. I’m sick of Yorick’s nonsense, frankly, and tired of him constantly annoying 355 by not doing what he’s told. Then again, though, 355 isn’t necessarily in as fit a state to protect him as she claims, which is probably why she passes out at the wheel of the camper van they commandeer and crashes it into a tree. 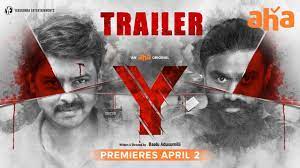 This is after the failed siege from last week’s episode, so tensions are still high anyway. But when Dr. Mann comes to after the crash, she finds 355 missing and Yorick unconscious. They’re both snatched up and taken away by individuals in three cars, just as the captain of the special forces whom 355 allowed to live in the previous episode reveals in the Pentagon’s war room that she saw a man with a monkey. Despite Jennifer’s attempts to defuse this particular timebomb, it lands with a great deal of impact all the same. She’s suddenly forced into playing damage control, trying to prevent the rumor from spreading, while Kimberly gets some absolute zingers courtesy of her aging, Queen of Thorns-style mother, Marla (the line about her boys having to split one of her tears is particularly nasty.)

Anyway, Yorick and Mann wake up in a tight-lipped enclave of strange women and a trans man, and his blabbermouth almost immediately gives away that Ampersand is a male. His new companions, though, aren’t as forthcoming with information, so we’re forced to endure a played-out dream sequence lending some clarity to a haunted backstory before it’s confirmed that 355 is alive and imprisoned in the same place. Neither she nor Mann is on the best of terms now, but that might be the least of their problems. Between their bickering, 355 theorizes that they might be in a women’s prison now being run by its former inmates – whom Yorick is negotiating with (badly) at that very moment, trying to play down his own value, give away the camper arsenal, and explain who Beth is. When he eventually returns to the cell he explains to a naturally suspicious 355 that there are at least 50 of their captors.

Speaking of Beth, she arrives at the Pentagon while Jennifer is trying to convince the protestors to relocate to a safe settlement zone, and she’s welcomed inside despite her vague explanation as to her prior whereabouts. But the key thing happening here is the word spreading of Yorick and Ampersand, especially since it confirms to Marla that she wasn’t hallucinating the pair of them. Kimberly, meanwhile, remains utterly convinced that 355 killed the pilots on Jennifer’s orders, an idea that even Jennifer isn’t sold on without evidence. But the Yorick thing is inarguable. The only thing is, they need evidence for that too, which Kimberly wants to get so as to prove Yorick’s existence, oust Jennifer, and take control of Yorick and thus the future.

In the meantime, Marla makes a big scene about Jennifer having manipulated everyone into thinking she was crazy, though she doesn’t give too much away. But this will become more important later, with a last-minute development that gives Kimberly even more of an ax to grind. More on this in a minute.

First, though, the prison. The dynamic here is that Yorick wants to trust the women, and especially Sonja, whereas 355 is adamant about him not trusting anyone. The problem is that 355 keeps suffering debilitating headaches and ends up bedridden leaving Yorick mostly to his own devices, which under any circumstances is a terrible idea. This group’s leader, Janice, is apparently a reformed older lady who has very much abandoned the lifestyle of stabbing people to death, but her flash of anger suggests that’s probably not entirely true. We’ll have to wait and see.

Anyway, that thing about Kimberly and Marla. Disillusioned and having had her faith challenged by the entire ordeal, Marla climbs to the roof of the Pentagon and throws herself off it, leaving behind a note for Kimberly. A distraught Kimberly’s screams end “My Mother Saw A Monkey”, and you just know that, at least in Kimberly’s mind, this is going to be Jennifer’s fault.