This recap of Netflix’s The Baby-Sitters Club season 2, episode 8, “Kristy and the Baby Parade,” — the ending explained — contains significant spoilers. 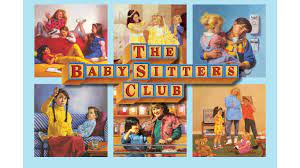 We’ve reached another ending of The Baby-Sitters Club, and the feeling of togetherness and love is felt throughout the season 2 finale.

Episode 8 opens with Kristy talking about how the family remembers everything, even the embarrassing stuff. The mother is now willing to get rid of old children’s clothes to charities, as she has given up on having a baby with Watson. Of course, Watson, energetic as ever and remaining positive, talks about traveling. The mother then reveals that there is going to be the 80th Anniversary of the Stonybrook Baby Parade. She explains how Kristy won one of the parades when she was a baby, and she wants her to be on one of the floats.

To Kristy’s surprise, the BSC knows about this parade, and Claudia wants them to build their own float for it. She claims that she lost to Kristy at one of the parades when they were babies. Back at home, another bombshell hits for Kristy as she and her siblings find out that her father is coming to town and he is attending the parade with his new partner and baby — you can tell it is a tough moment for the mother.

At the BSC meeting, Stacey reveals that her father is around a lot at the moment, and she fears that her parents may get a divorce. Dawn reassures her and tells her to have the “benefit of the doubt.” This resonates with Kristy, and she tells her family that she plans to see her father, which makes her brother Sam angry. Suddenly, Kristy has newfound optimism for the BSC float, confident that her father will be impressed.

As the episode nears a conclusion, Kristy asks her mother how she feels about seeing her father; the mother is handling the conversation well and wants her children to be happy. Later on, Watson suddenly gets angry at the birth father coming to town, calling him selfish and always letting his children down. Kristy’s friends remind her that parents are meant to be there for their children.

Spontaneously, Watson tells Kristy and her siblings that he wants to adopt them, and Kristy lovingly accepts. She calls him her “real dad.”

What did you think of The Baby-Sitters Club season 2, episode 8, and the ending? Comment below.