Well, “The Queen’s Speech” certainly lives up to its title — it literally opens with Queen Kane giving a speech. War is the order of the day, of course, given the complete failure of the peace summit in last week’s episode, and she is extremely smug about it. Maghra, however, is not, and neither is Tamacti Jun, who makes his grand entrance to declare that the Queen was personally responsible for the destruction of Kanzua. 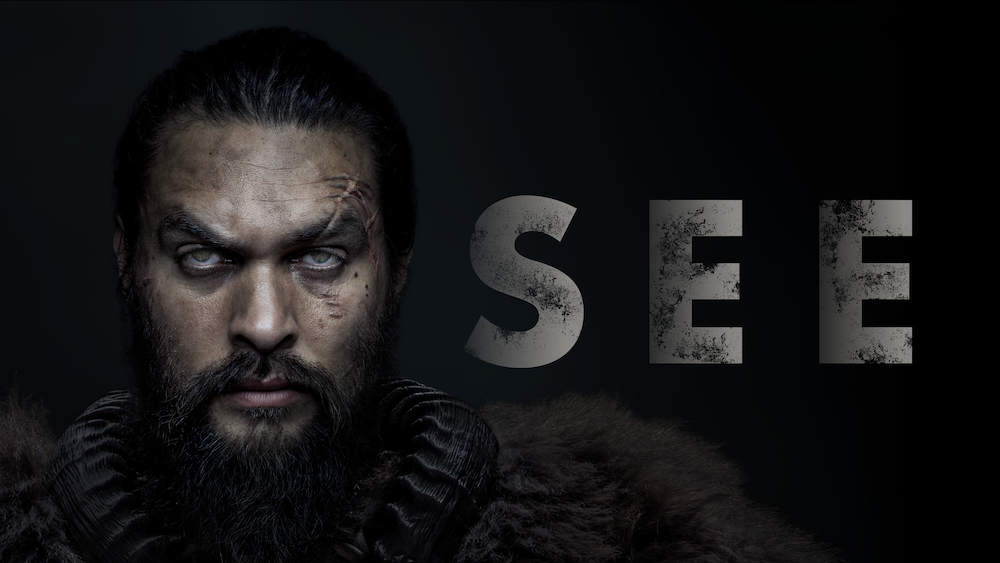 The Witchfinders remain loyal to him — not a few, but all of them. And the rest of Pennsa’s armies, contrary to Kane’s claims, remain loyal to Harlan, who, along with Maghra, confirms the veracity of Tamacti’s accusations. This is a big, grandstanding moment, and it plays so well that you realize how patiently and neatly it has been set up throughout the season. With Kane having officially declared the Payan Empire at war, she has also inadvertently transferred power from the crown to the generals. It’s the perfect coup. Except, of course, that Queen Kane is with child, which Paris interrupts her execution to reveal. Her baby father remains anonymous, for now, but Kofun can’t be feeling particularly relaxed.

Meanwhile, the Trivantians, who have just taken a Payan outpost without any casualties thanks to Edo utilizing Wren’s vision, continue their march towards Pennsa.

Edo utilising sight is an issue. It means his troops are traversing the landscape much more quickly than usual, and if they reach Pennsa, the war is already lost. Tamacti Jun proposes holding the high ground at Greenhill Gap, which is a risky proposition since it’s only a stone’s throw from Pennsa. But needs must. The debate quickly turns to the matter of using Haniwa and Kofun in the war, matching Edo’s sighted troops with their own, a matter that Baba Voss is strongly against.

ALSO READ >>  [Movie] He’s All That ending explained – do Pagett and Cameron end up together?

But is he biased? Well, yes, of course — he wants to protect his children. But so does Maghda, and yet she’s willing to allow them to make their own decisions. The argument between the two is interesting, especially when Baba gets nasty and Maghra gets physical. We haven’t seen that kind of dynamic between them before; we haven’t, frankly, seen anyone treat Baba like that and retain their breathing privileges. Seeing him emasculated, given contours beyond the stoic warrior archetype, is good for his character, and thus the show.

The next morning, Kofun goes to see Queen Kane, who is suddenly not exactly being subtle about him having been inside of her (her words, not mine.) He wants to know if the baby is his, which seems a silly question at this point. But he also knows he has been used, so when Sibeth tries to seduce him again, he pushes her away. She loops a noose around her neck and invites him to “put an end to his nightmare”, which it seems for a moment he’s going to go through with. But, in typical Kofun fashion, he bottles it. Since they made a pact of honesty, she tells him to stop seeing himself as a child and claim the baby as his own. It’s time to grow up. He has to be different from Jerlameral. He has to make the truth known before he dies in battle and the secret dies with him.

While we’re dishing out home truths, Tamacti Jun has a few for Maghra, who wants to join the battle. She’d be a liability, and she knows it. She should be there to pick up the pieces when — or perhaps if — the army returns. Tamacti isn’t shy about telling Baba what’s what, either. It’s an interesting shift for the character — he’s in his element here, restored to his former station. He has found purpose again. “My brother stands between us and victory,” says Baba. “Whatever the outcome, I lose.” Tamacti counters, “If there is a better description of war, I’m yet to here it.” This whole conversation is great, in all honesty, a pleasantly developing habit of the second season.

“The Queen’s Speech” lives up to its title once again when Maghra this time addresses her people, her armies, her Witchfinders. Predictably, it’s a much better one than Sibeth delivered, full of honesty and compassion and humanity. The troops are rightly inspired; some are brought to tears. One is Baba Voss, but it’s not necessarily from the speech. From his tone and his body language, it’s clear he feels he’s walking to his death. He says as much to Paris, who he asks to do something for him, though we don’t yet know what. There’s a momentousness to this scene that has been building the entire season. War was always inevitable, in the end. Apple put a lot of money into this show, after all.

Whatever Baba asked of Paris, it requires her taking a trip. And she’s taking Toad with her. This is another of the show’s interesting, unusual relationships — not romantic, not familial, barely even friendly. It almost becomes romantic here, but never really feels it — Alfre Woodard’s coos aren’t to be taken seriously, at least not by me, and the fact they’re interrupted at knife point suggests the show isn’t putting too much stock in their sexual chemistry either.

“The Queen’s Speech” delivers a late montage of various characters waiting out the night, on both sides of the war, as Haniwa reads aloud to Kofun — to all of us, really — The Second Coming by William Butler Yeats. As the poem reaches its conclusion, assassins sneak inside the keep at Pennsa with the intention of killing Maghra. But she’s ready for them. She’s able to kill one with that ridiculous weapon we saw her training with in an earlier episode. The other, though, is able to stab Lord Harlan with his own cane, and almost choke Maghra to death until she’s able to stab him in the eye.

Tamacti, Baba, and the rest of the army arrive at Greenhill Gap before the Trivantians — but only just. The fortress is designed to nullify an enemy’s numerical advantage, 300-style, but as the camera pans to take in the vastness of the Trivantian army, it hardly seems like enough. The spies were wrong. Edo’s troops number over 350. Even by fighting in the trenches, they’ll be overwhelmed — but, at least according to Tamacti, they’ll be able to kill more than they would have otherwise. But Haniwa isn’t having that. Instead — with Baba’s blessing, paying off his argument with Maghra earlier — she runs across the battlefield to tell Wren that Maghra sits the throne now. Her lover believes her — but it’s too late. The battle is inevitable. With a kiss, and the gift of her shield, Wren entreats Haniwa to run, as arrows sail through the sky above her head.