This review of My Brother, My Sister is spoiler-free.

Home is where you are loved the most and act the worst. I believe there is never a perfect family; it’s only a matter of how far will you go to make it work through bad times. Although some say that blood is thicker than water, building a family is not only a matter of sharing one’s blood. It’s about compromise, acceptance, and trust. There goes with the saying, you can go as far as you want in life, but a family–no matter what kind of family you define–remains. The good and the bad. 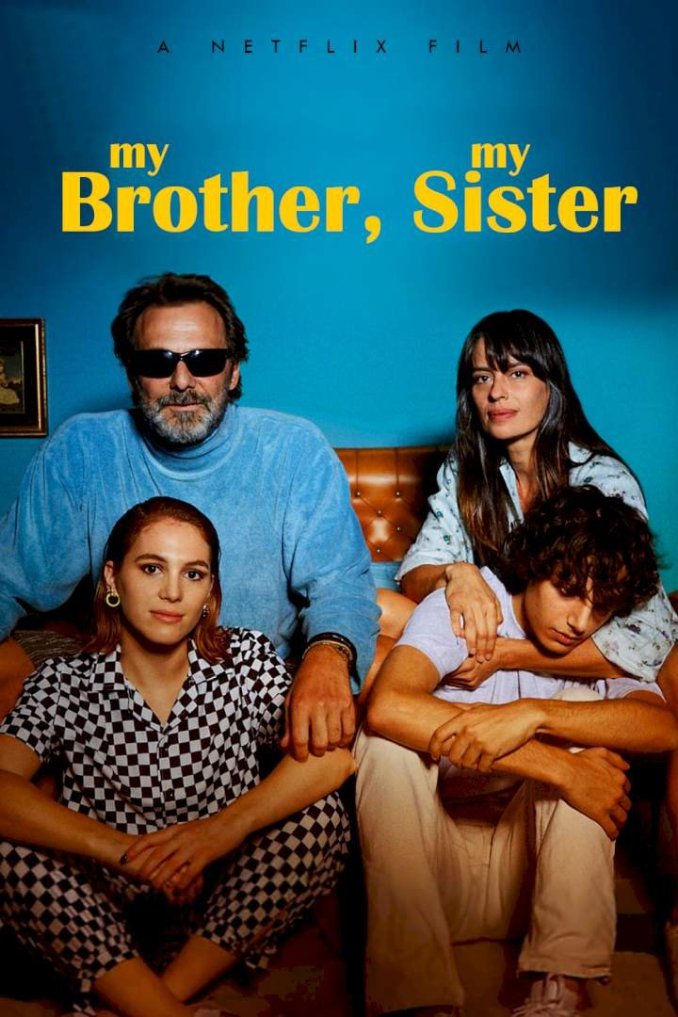 [Movie] My Brother My Sister

Netflix’s My Brother My Sister is another sentimental Italian drama directed by Roberto Capucci and written by Paola Mamini. The story unravels the broken family relationship of Nikola (Alessandro Preziosi) and Tesla (Claudio Pandofili). When their father’s will forces them to live together — and Tesla’s children — try to overcome their differences to become a family.

The story is a typical healing drama with decent acting, a predictable plot, and explores more within the psychological development of each character — but with a little twist. For 1 hour 50 minutes, the story does become draggy and rushes in the middle towards the end. Nevertheless, it still works to show the evolvution of the characters and story. You can feel Capucci gives more sensitivity towards his directing from the rawness that is presented on the screen. It is the kind of film that primarily engages more with the people and their emotions more than the story itself.

Preziosi and Pandofili give a stellar and genuine performance portraying their characters. But what captures my heart and is intriguing about My Brother, My Sister is the character of Sebastiano (Francesco Cavallo), Tesla’s son who was diagnosed with Schizophrenia. Cavallo is devoted to his characters while keeping his energy synergized with the rest of the cast. His character becomes a crucial element and the driving force that pushes the story. Meanwhile, Tesla’s daughter, Carolina (Ludovica Martino), is the opposite. Her character is a bit bland compared to the others. There could have been more depth to the development. But her passion does give more flavor to the story.

I am keen on seeing how the film tries to raise awareness about schizophrenia while keeping it grounded. It gives us a glimpse of the reality that the Schizophrenia survivors are facing: being prisoners of their own realities; being left out and hidden behind the door; and how mostly they are treated as an illness rather than a human. But the interesting part is that the film tries to bring more clarity to the situation in a more realistic way possible: that Sebastiano isn’t the only one with the issues himself. As soon as you dive more into the story, you’ll realize the pattern that makes us go, “Oh, so that’s why…”

My Brother, My Sister‘s cinematography is mostly dominated by darker, gloomy, and cold tones that capture the frailty and the agony that the characters are facing. The colors gradually become lighter and softer. It also shows more diversity of scenes like the beach, the waves, the ray of sunlight that intends to convey the meaning of freedom and acceptance.

The film also uses classical music as its main theme due to its grand textures, complexity, and how classical music is often associated with structures and healing. The usage and concept of times and spaces from classical music also resonate within the root of the drama, strengthening the story. Other than that, let’s give props for the details that represent each character. Starting from the way their character dresses, their habits, their room arrangement, and small details that gives a big impact on how their character is being represented.

My Brother, My Sister is an imperfect family drama that carries meaningful and sentimental messages. It’s a film with deep and serious narratives that focus more on the complexity of human emotions and the journey towards acceptance. it’s a good film to reflect on a warm Sunday evening.

You can stream My Brother My Sister exclusively on Netflix.