It was always a matter of time before Goliath turned wild and Billy ventured on his own path. The situation the character found himself in was too easy and convenient. The plot thickens in episode 4, and Billy has his ideas. 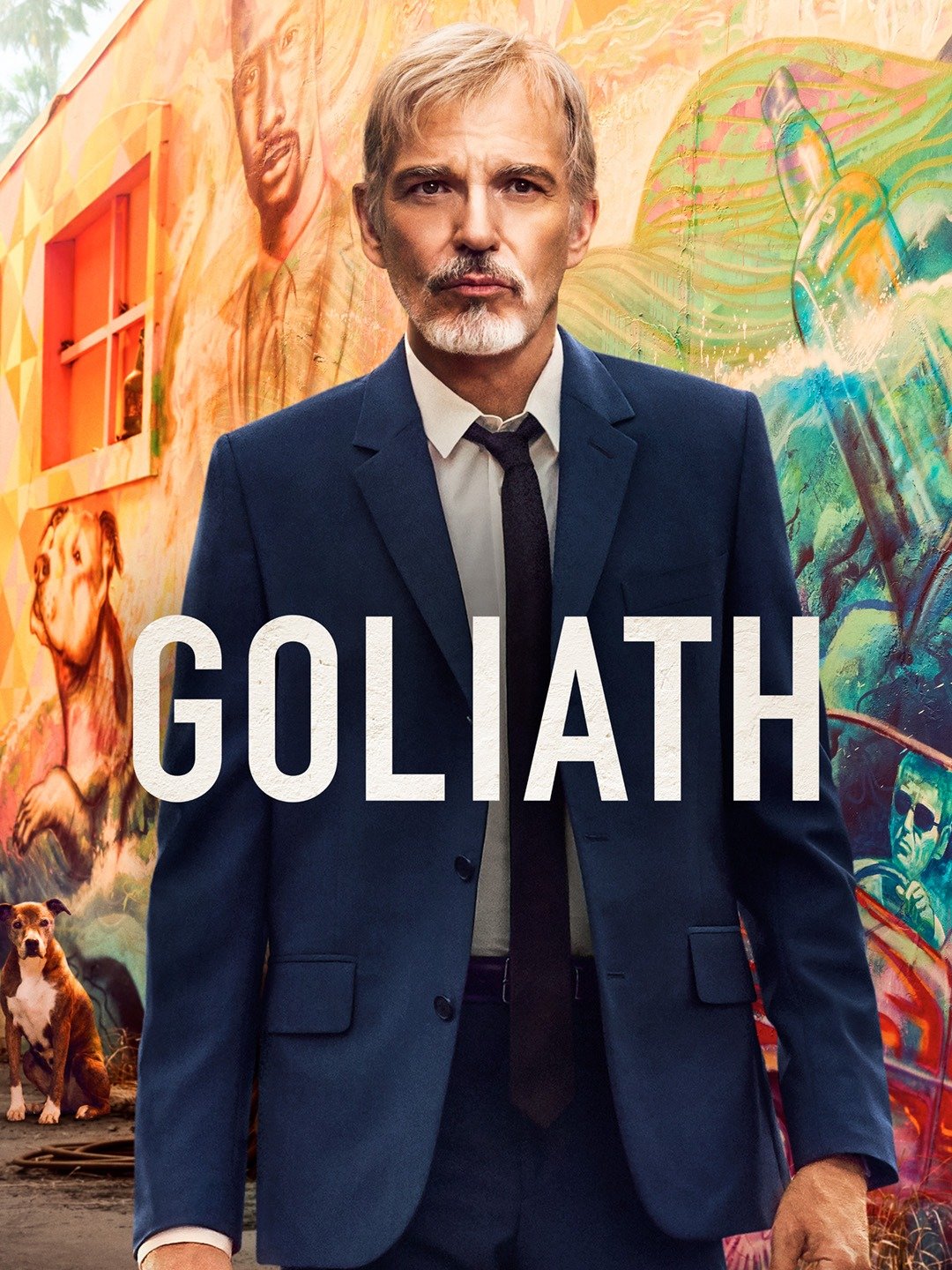 Episode 4 opens with Tom True sending a message to Rob telling him to trust Billy — he’s ranting a lot, and then he raises how someone is following him. In the message left, it’s clear he has been attacked. Is he dead? It’s too early to tell.

And then, the chapter quickly moves to Billy, who tells Samantha that he has to withdraw from the case due to being involved with Zax Pharma in the past, so there’s a conflict. He tells her to reexamine the strategy. A frustrated Samantha tells Billy not to withdraw from the case as he has a contract. In the office, Patty is concerned about Billy’s blase actions. When she joins him in a settlement meeting with Russell Drug, he’s already settled with them for $900million.

Afterward, Billy meets Kate, George’s niece, and he asks her if she’s afraid of her uncle; he makes it known that he is not scared, but his friend is. We finally get to George, who is boxing, and there’s a twist — Frank shows up, and it is revealed that they are related. Frank is worried that Kate is working on a drug, and as she’s his daughter, she wants her to stay away from George’s plans. It’s then revealed that Zax Pharma is Frank’s company. We could see this coming after the last chapter, but it’s still shocking. We have to wonder if Billy knows who Frank is.

In court, Billy dismisses the settlement with Russell Drug and insists there is no deal, despite agreeing before the session. Samantha is shocked and speaks up, stating that the deal is approved. Billy continues, saying he is also ripping up the Tillengher Health deal and submitting a motion of fraud for Zax Pharma. The judge tells Billy that he’s out of order. But Billy persists, revealing he worked with Zax Pharma 25 years ago and has information against them. The judge is furious, explaining that he’s in breach of ethical standards, and takes him off the case. At this point, Billy continuously argues against the judge, highlighting contempt, but he raises a point — only 2% of civil cases go to a jury. Billy is removed by security.

Billy is bailed by Patty, but sadly, he cannot tell her what’s happening until the case is done. Patty’s intuition kicks in — she knows Billy’s suspicions are linked to Samantha. When Billy returns to the offices, he is terminated by the law firm.

Reacting to the s**t show, Samantha meets George at a cafe in secret. She tells him he has a mole in his company as someone has got to Billy — she makes it his problem as the pair continue battling with each other. At his house, George invites his son and his niece and reveals that there is a mole — he wants to know who would gain the most from betrayal. He then wanders into a speech about how much he loves them, and nothing would change that. When his son asks, “is that it?” George throws whiskey in his son’s eyes.

As the episode ends, Billy meets Kate in secret. She tells him that George Zax is going to release a pill — it’s a non-addictive version, but there are long-term neurological effects; she has zero evidence of this because the results have been destroyed. Billy says the results will exist somewhere and suggests they will be at Cooperman/McBride.

What did you think of Goliath season 4, episode 4? Comment below.