The Netflix Original finale is a tricky proposition. How to end a popular show that people like? The answer, usually, is not to bother. Given enough time, you can usually contrive a way to keep things going, artistic integrity be damned, but that’s blessedly not the direction that French dramedy Family Business chooses to go in. If this season is the last, which it reportedly is, then the show went out exactly how it came in — as a very funny and surprisingly poignant meditation on family. 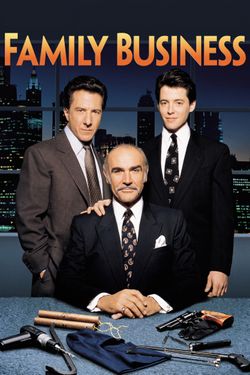 “Mazel Tov” begins with Aure fighting off some guards after Gerard’s supposed heart attack, and with Leonard delivering Catherine, who he just shot, to Clem and Youssef, who’re posing as doctors. After a weird, gory diversion in which Clem literally drinks from Catherine’s wound to try and retrieve an earring that she dropped inside, what begins is essentially a slapstick cat-and-mouse game that sees Clem and Youssef pursuing Aure, Jo, Olivier, and Gerard as they try to escape. Nobody knows who’s chasing who, and both think they’ve got the drop on the other, so eventually Aure and Jo jump Youssef without realizing and flee.

After Jo and Aure go to grab Catherine, now more convinced of her motivations than ever despite the revelation of Leonard being her son. There’s a funny scene during which Jo takes off his pants to try and protect Catherine’s modesty, and Aure fashions a shirt out of the lower half of Jo’s habit, only to realize that there’s a jacket nearby after all. They all reunite and bundle into one of the guards’ cars, but since Youssef and Clem had roped them all up, their escape ends up tearing off the vehicle’s rear axle and leaving them stranded. As they try to bypass the locked fence they’re fired upon by the guards, splitting off into two groups — Aure and Olivier go one way, and Jo, Gerard, and Catherine go another.

Quickly, Youssef and Clem find Aure and Olivier, while Leonard gets the drop on the others. He has a moment with his mother, who talks him down by explaining that she’s manipulating the others, but when they embrace, she steals his gun to facilitate their escape. Everyone reunites again and flees to a boat, where Jo ordains Gerard’s marriage to Catherine. In a nice moment, Gerard asks for his son to be his witness — Olivier. Aure isn’t exactly thrilled about the idea that he’s her blood brother, for understandable reasons.

Clem, though, takes the festivities too far, declares “Molotov” instead of “Mazel Tov”, and then smashes an actual Molotov on the deck of the boat, setting the whole thing ablaze.

The final scene of “Mazel Tov”, and presumably of Family Business in its entirety, takes place two months later. The camera takes in a headstone carved with all the names of those on the boat, who’re all, apparently, dead. Their funeral is attended by Aida and Ludmila and many others, and in a little speech, Ludmila reveals how she was rescued by a SWAT team, papering over that little plot hole.

As it turns out, though, Joseph himself is posing as the rabbi. The whole gang is alive, but in hiding from the police. Their plan is to go to Thailand on fake passports. They’re all waiting in a van nearby as Jo, still impersonating the rabbi, greets the triplets and begins to explain to Aida how they all survived.

You can stream Family Business season 3, episode 6, “Mazel Tov”, exclusively on Netflix. Do you have any thoughts about the Family Business Season 3 ending? Let us know in the comments.