This review of Acapulco season 1 is spoiler-free.

Acapulco is frustrating since it could easily be a lot better than it is. All the requisite elements are there. It’s a bilingual series with Apple’s money behind it and Eugenio Derbez at its center; it has the structure and recognizable elements of the laidback coming-of-age genre and a relationship, albeit a tangential one, with How to Be a Latin Lover. It’s funny. It’s sometimes very earnest. It’s always likable and charming. But there’s something missing, and throughout the episodes we’ve screened for review, that something is always there. 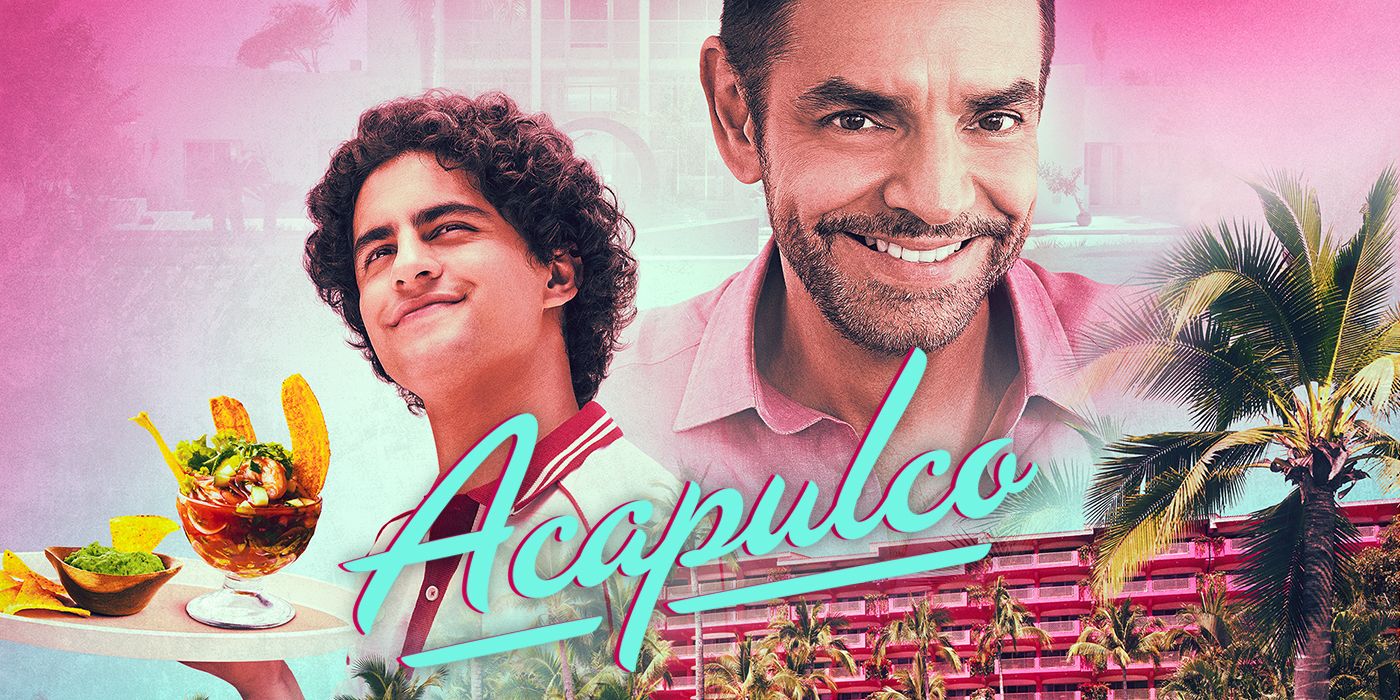 Nevertheless, it’s hard to put a finger on what that something is. I think it mostly comes down to the lack of an extra edge, that sense there could be more going on than there is. Acapulco is widely palatable, sometimes in a way that feels too safe for its own good. The setting and the time period feel like they could yield a lot more of note than the expected gags and coming-of-age tropes. None of this makes Acapulco bad, you understand – far from it, actually. I like the show a lot from what I’ve seen of it. I’m just not sure what kind of show it really wants to be, or who it wants to be for.
ALSO READ >>  [Movie] Monsters at Work Season 1 Episode 10 | Mp4 Download

Anyway, the setup is that Derbez plays Maximo, a mega-wealthy Malibu layabout who annually hosts his nephew Hugo (Raphael Alejandro) for a lavish birthday surprise. This year, though, Maximo, at least partially frustrated with his own life but having also figured Hugo is old enough to hear the gory details, decides to tell the story of his own rise to success via the swanky resort of Las Colinas in Acapulco.

Most of the show, then, takes place in flashbacks to 1984, with the younger Maximo played by Enrique Arrizon and going to work as a pool boy thanks to the charity of Don Pablo (Damián Alcázar), a local who has enjoyed the resort’s upward mobility but made many sacrifices along the way. Maximo and his devout mother (Vanessa Bauche) are worried about him straying down the same path, but Maximo is adamant about doing whatever it takes to scrape together enough cash to fund his mother’s cataract surgery, even if it does mean betraying his own principles.

Naturally, Las Colinas is complicated in more ways than one. Maximo is working alongside his best friend Memo (Fernando Carsa), though he’s mostly confined to the laundry room, so Maximo is frequently left to navigate the resort and its wealthy, almost exclusively white guests on his own. Within a couple of episodes, he’s already in love with the desk girl, Julia (Camila Perez), a strikingly beautiful Colombian with a penchant for classic literature and fashion design who is tethered to Las Colinas’s jock-y general manager Chad (Chord Overstreet), himself the son of the place’s former soap star owner Diane (Jessica Collins).

So, we have our conflicts immediately – Maximo wants to do well for his family without betraying their values, and he wants to hook up with the owner’s son’s girlfriend without losing his job. Classic stuff. It doesn’t feel played out, though, in part because it’s ever-so-charmingly performed and written, but also because grown-up Maximo cuts in at regular intervals to deliberately draw attention to the ridiculousness of the narrative devices. It’s a smart way of including tried-and-true elements without giving the impression that you’re relying on them, but it still doesn’t completely paper over the fact that the tropes are being used either way when there could be something else in their place.

ALSO READ >>  On the Verge of Insanity Season 1 Episode 2

I’m being too harsh, though. Most of what Acapulco is doing and saying works. It isn’t quite as scathing a class satire as, say, The White Lotus, which it shares many obvious similarities with, but the intersection with race is more compelling here. All the employees are banned from speaking Spanish in front of the guests, for instance, presumably by Diane and Chad, who’re both seemingly unaware of the existence of Mexico right outside the resort’s gates. Most of the guests, too, seem to forget they’re not in their own back yards, while Maximo and Memo can’t quite believe what they’re seeing – Maximo’s agog reaction to seeing an older lady feed filet mignon to her dog is a particularly funny example of the kind of fish-out-of-water comedy Acapulco is peddling, for better and worse.

It’s all perfectly lovely, to be honest, and there are flashes of an untapped near brilliance here and there that only compounds that underlying frustration of Acapulco taking things a bit too easy. But for an amiable half-hour slice of dramedy, it’s certainly serviceable entertainment, just calibrate your expectations accordingly before checking in.

You can stream Acapulco season 1 exclusively on Apple TV+.