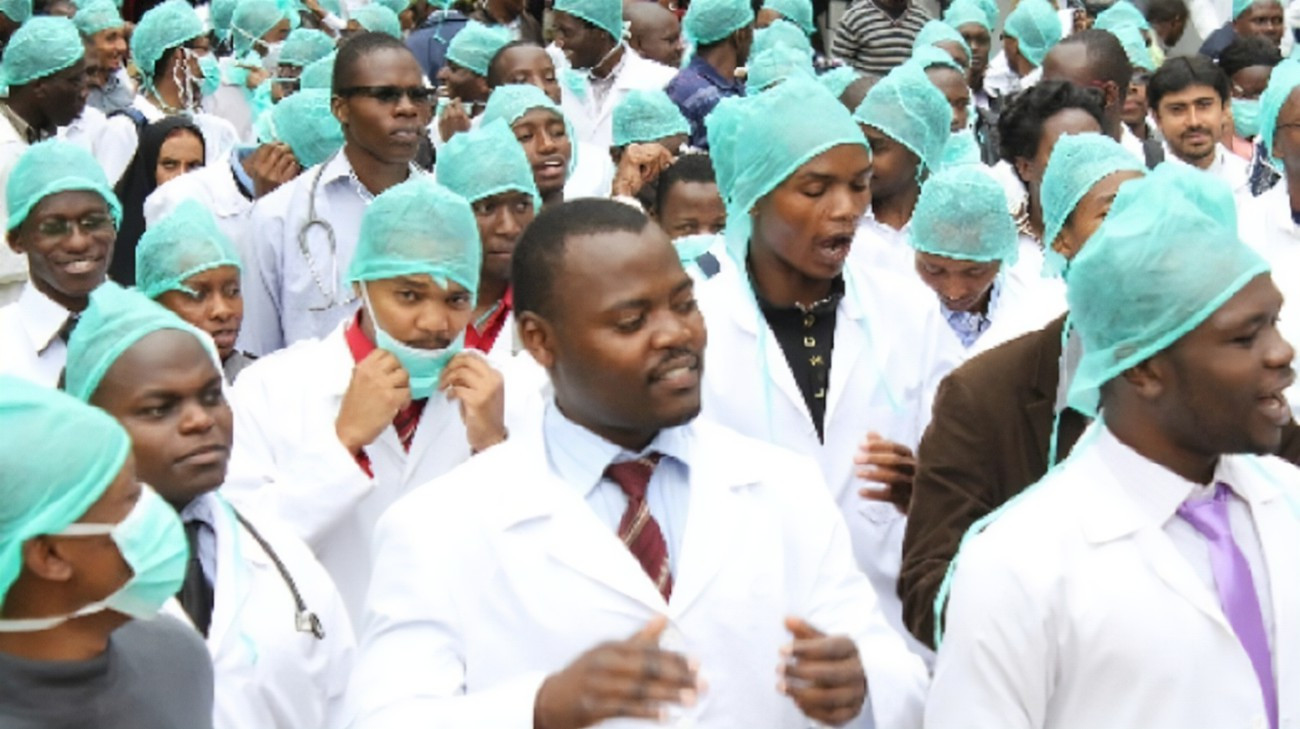 The federal government has gotten a two-week ultimatum from Nigerian Association of Resident Doctors (NARD) on implementation of agreement reached on the welfare of its members.

The ultimatum was issued at the end of NARD’s national executive council meeting in Lafia, Nasarawa state capital, on Saturday July 30.

In the communique signed by Dare Ishaya, NARD president; Suleiman Abiodun, the secretary-general, and Alfa Yusuf, publicity and social secretary, the group stated that failure to comply with its demands within the time frame may lead to “industrial disharmony”.

The association which also alleged that some of its members are yet to benefit from the adjustment in the minimum wage, also expressed displeasure over the condition of its members in Imo, Ondo, Ekiti and Gombe states who are “owed 10, 5, 3 and 2 months respectively”.

The federal government was asked to expedite action on the payment of the newly reviewed Medical Residency Training Fund (MRTF).

“The NEC observed with dismay, the unnecessary delay in the implementation and payment of the new Hazard Allowance for over seven (7) months since its approval on 22nd December 2021 in a circular with reference No. SWC/S/04/S.218/11/406.

“The NEC observed that the skipping arrears covering 2014, 2015 and 2016 have remained unpaid despite several negotiations with the Federal Government over the matter.

“The NEC demands the immediate implementation and payment of the new Hazard Allowance and arrears as contained in the circular from the National Salaries, Income and Wages Commission (NSIWC) dated 22nd December 2021 with reference number SWC/S/04/S.218/11/406 within two (2) weeks.

“The NEC demands immediate payment of consequential adjustment of minimum wage to our members who have been deprived this benefit since it was implemented several years ago.

“The NEC demands an immediate review of the Consolidated Medical Salary Structure (CONMESS) and other related allowances given the current economic situation in the country, and also in line with the agreed terms from the previous Collective Bargaining Agreement (CBA) that it will be reviewed regularly.

“The NEC enjoins the Federal and all State Governments to look into the issue of assault on doctors and thoroughly investigate the ongoing cases and put measures in place to nip this menace in the bud to forestall future occurrences, as these inhumane acts have affected our members both physically and mentally.

“The NEC urges the Federal Government to take steps toward curtailing the brain drain in the health sector and find ways of eliminating all bureaucratic bottlenecks in the employment and replacement of the Resident Doctors leaving our institutions daily to seek greener pastures.”

NARD’s executives will reconvene in two weeks to review the “progress made so far and take further actions for which nationwide industrial harmony may not be guaranteed”.