US House committee to ‘connect the dots’ at Capitol riot hearing 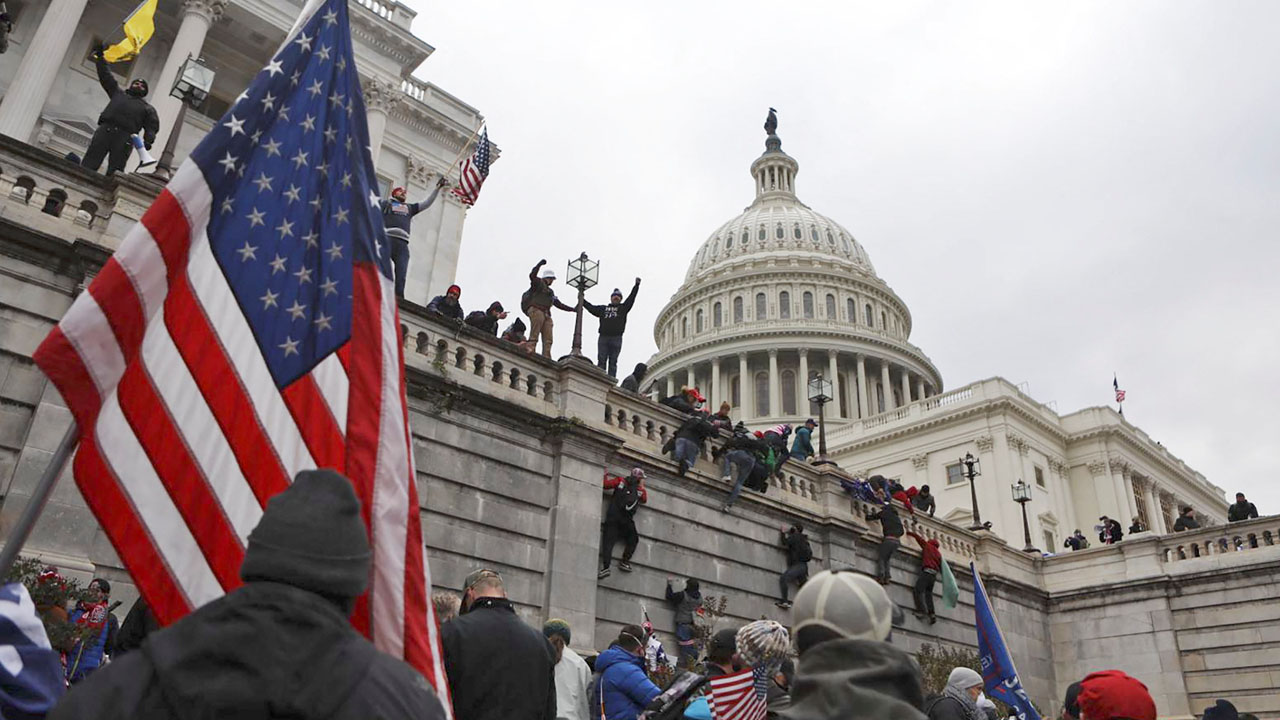 The House committee probing the 2021 assault on the US Capitol will examine connections between associates of former president Donald Trump and far right-wing extremist groups at its seventh hearing on Tuesday.

“We are going to be connecting the dots during these hearings between these groups and those who were trying — in government circles — to overturn the election,” said Democratic Representative Zoe Lofgren.

The lawmaker from California told CNN the session will focus on ties between members of Trump’s inner circle and the Proud Boys and the Oath Keepers.

Members of the two militia groups stormed the Capitol on January 6, 2021, along with thousands of Trump supporters in a bid to prevent certification of Democrat Joe Biden’s election victory.

Jason Van Tatenhove, a former member of the Oath Keepers, is expected to testify at Tuesday’s televised hearing, which begins at 1:00 pm (1700 GMT) and is expected to last at least two hours.

More than 850 people have been arrested in connection with the storming of Congress by Trump supporters, but only those 16 face seditious conspiracy charges, which carry a sentence of up to 20 years in prison.

The committee is trying to determine whether Trump or his associates had a role in planning or encouraging the violent attack on Congress, and has subpoenaed numerous advisors and aides to the former president.

Excerpts may be played on Tuesday from an eight-hour interview the committee held on Friday with former Trump White House counsel Pat Cipollone.

The assault on the Capitol left at least five people dead and 140 police officers injured and followed a fiery speech by Trump to thousands of his supporters near the White House.

Trump was impeached for a historic second time by the House after the Capitol riot — he was charged with inciting an insurrection — but was acquitted by the Senate.

‘Pivotal moment’
Tuesday’s hearing will be the first since blockbuster testimony by Cassidy Hutchinson, an assistant to Trump’s chief of staff Mark Meadows.

Hutchinson testified that she was told Trump had angrily lunged at his Secret Service driver and grabbed at the steering wheel of his limousine in a bid to join the crowd marching on Congress.

A select committee aide said Tuesday’s hearing will focus on a tweet Trump sent on December 19 telling his supporters to come to Washington on January 6 and promising it will be “wild.”

“They immediately started answering his call by zeroing in on that date,” the aide said. “We’ll talk about how that was a pivotal moment that spurred a chain of events.”

The tweet was sent a little more than an hour after Trump met at the White House with his lawyer Rudy Giuliani, former general Mike Flynn, and Sidney Powell, another attorney, the aide said.

The hearing will also look at attempts by some Republican members of Congress to pressure vice president Mike Pence into blocking the certification of the election results.

A US District Court judge refused meanwhile to delay the trial of former Trump adviser Steve Bannon, who has been charged with contempt of Congress for refusing a subpoena to testify before the congressional committee.

“I see no reason for extending this case any longer,” said Judge Carl Nichols, ordering the trial to begin as scheduled on July 18.

Bannon, 68, recently reversed course and offered to testify but Justice Department prosecutors rejected the move as a “last-ditch attempt to avoid accountability.”