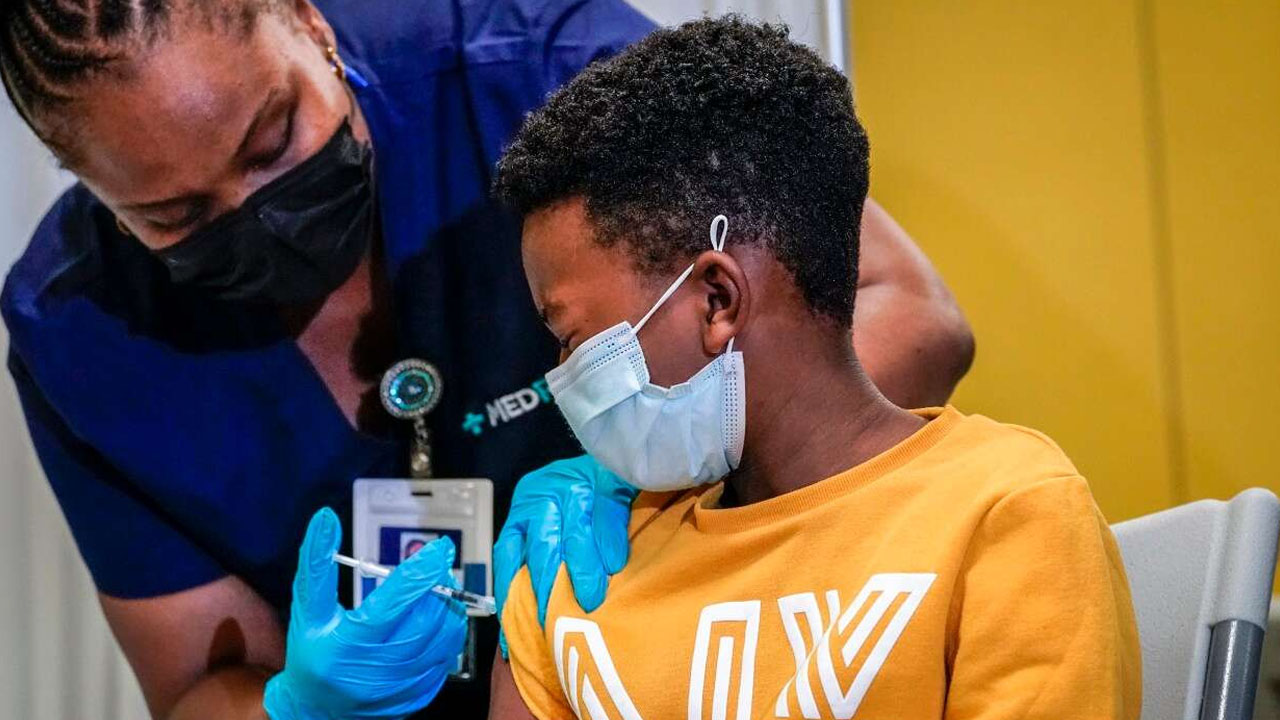 Increased misinformation and the disruption of global supply chains due to Covid are behind the biggest sustained drop in childhood vaccinations in three decades, a UN report said Thursday.

The percentage of children who received three doses of the vaccine against diphtheria, tetanus and pertussis (DTP) fell five percentage points between 2019 and 2021 to 81 per cent, according to official data published by WHO and UNICEF.

This vaccine is used as a marker for immunization coverage within and across countries.

“We are witnessing the largest sustained drop in childhood immunization in a generation. The consequences will be measured in lives,” she added.

The slide was attributed to multiple factors including an increased number of children living in conflict zones, rising misinformation and service and supply disruptions from the Covid pandemic, and lockdowns that limited outreach campaigns.

Of the 25 million, 18 million did not receive a single dose of DTP during 2021, “the vast majority of whom live in low- and middle-income countries,” a statement said.

Around the world, a quarter of the coverage of human papillomavirus HPV vaccines achieved in 2019 has been lost, a blow in the fight against cervical cancers.

Only 12 percent of girls are fully protected, despite the first vaccines being licensed over 15 years ago.

Observers had hoped 2021 would be a year of recovery after the lockdowns of 2020 — but instead, it was the worst year for DTP coverage since 2008, and came against a backdrop of rising rates of severe acute malnutrition.

“The convergence of a hunger crisis with a growing immunization gap threatens to create the conditions for a child survival crisis,” the statement said.

Declines were seen in every region, though some countries including Uganda and Pakistan bucked the negative trend.

The global organizations called on countries to intensify their catch-up vaccination efforts. The detailed datasets can be accessed on the UNICEF and WHO websites.