UK’s Johnson bows out in parliament 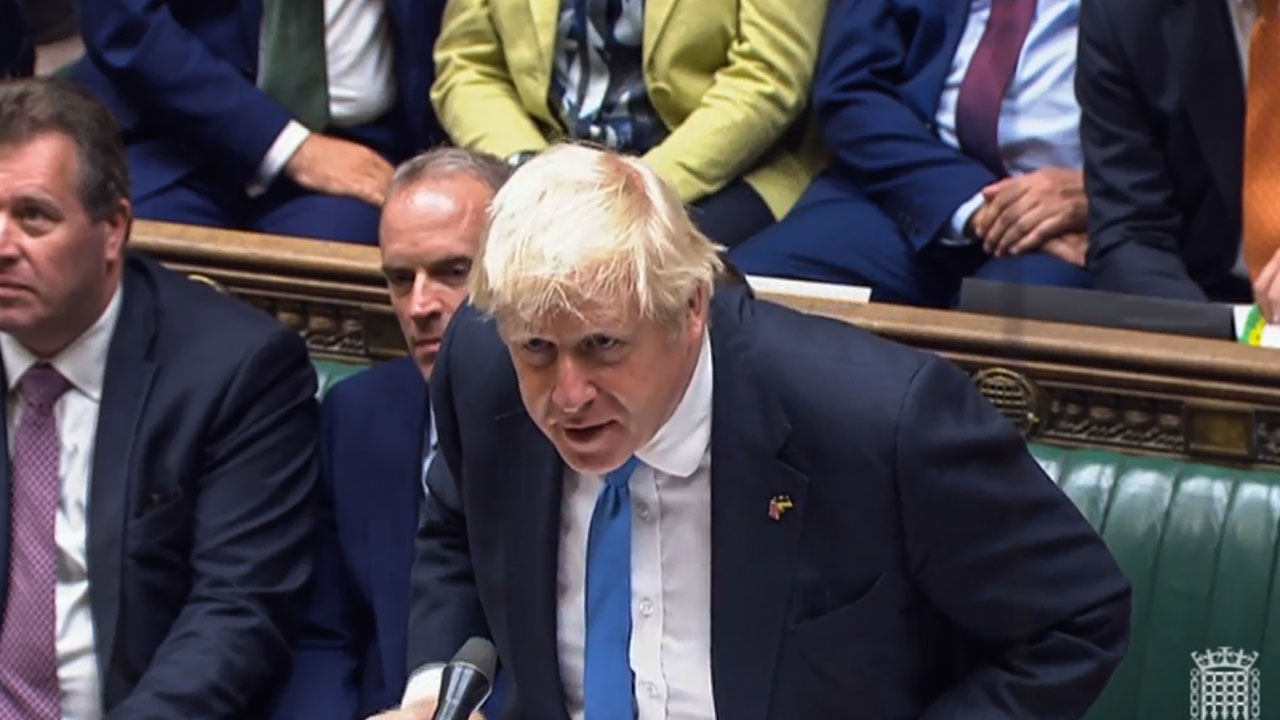 To one last round of cheers from his recently mutinous MPs, UK Prime Minister Boris Johnson bowed out of his final setpiece event in parliament Wednesday, signing off by saying: “Hasta la vista, baby!”

In a vintage blast of verbiage against his critics, Johnson defended his three tumultuous years in office — from Brexit and Covid vaccines to Ukraine — and praised the candidates battling to succeed him, as he fended off opposition attacks at his last session of Prime Minister’s Questions.

The House of Commons breaks for its summer recess on Thursday, and the new leader is set to be announced when it reconvenes on September 5.

Labour leader Keir Starmer quoted the bitter attacks hurled against each other and their own government’s record by the three remaining Conservative candidates: Rishi Sunak, Liz Truss and Penny Mordaunt.

Johnson’s Downing Street operation is reportedly running an “anyone but Rishi” campaign, accusing the former finance minister of orchestrating a cabinet revolt that brought him down this month after many scandals including “Partygate”.

“I’m not following this thing particularly closely,” the prime minister said of the Tory race, to laughter.

But he praised Sunak’s economic management during the pandemic, and said that any one of the three, “like some household detergent, would wipe the floor” with Labour.

Johnson reprised his long-running characterisation of Starmer as “Captain Hindsight” over Covid, and called him “a great pointless human bollard”.

The Conservative race has seen successive candidates eliminated in ballots among the party’s MPs.

The final two were set to be chosen later Wednesday, before taking their case to grassroots Tories during August.

“Cut taxes and deregulate where you can to make this the greatest place to live and invest… focus on the road ahead but always remember to check the rearview mirror.

“And remember above all it’s not Twitter that counts, it’s the people that sent us here.”

Johnson, 58, said his time in office had been “the greatest privilege” of his life.

“I helped to get the biggest Tory majority for 40 years and a huge realignment in UK politics,” he added.

“We’ve transformed our democracy and restored our national independence… I’ve helped to get this country through a pandemic and helped save another country from barbarism — and frankly, that’s enough to be going on with.