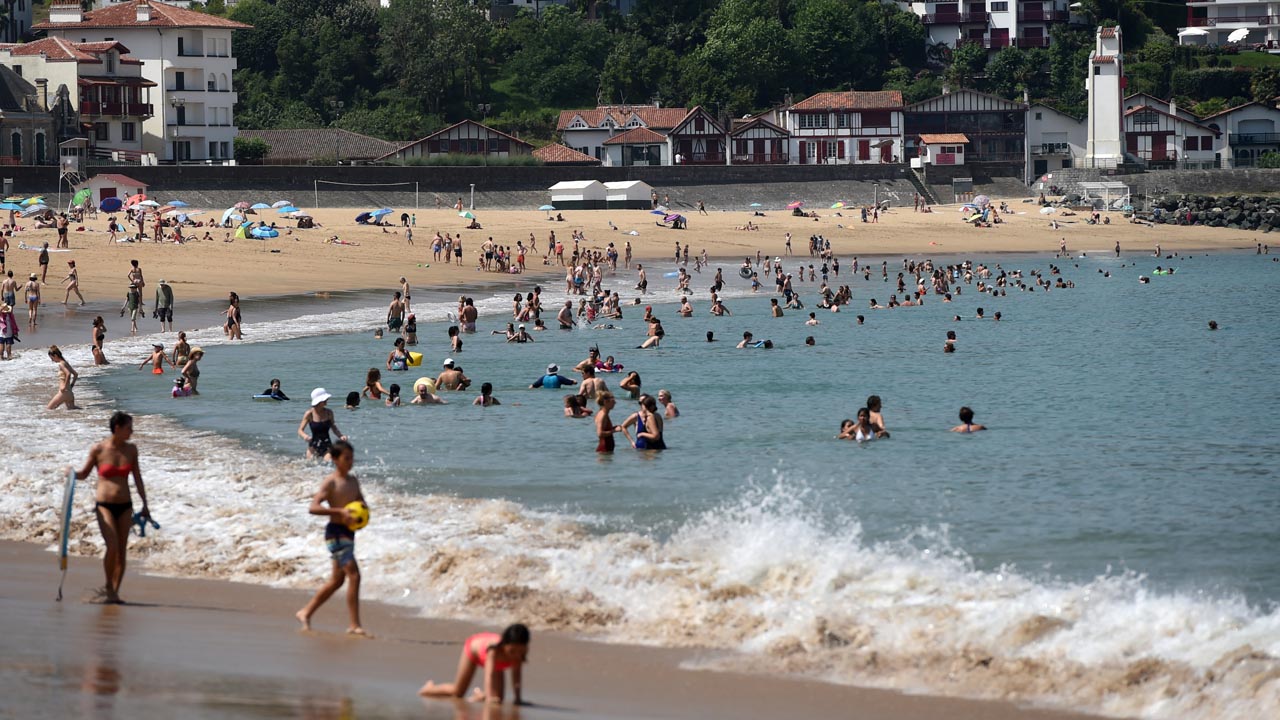 Johnson missed a crisis ministerial meeting in Downing Street Saturday while he took a weekend break at his Chequers country retreat — and was hosting a farewell party for friends Sunday before he leaves office in September.

“Obviously there is some common-sense practical advice we are talking about -– stay hydrated, stay out of the sun at the hottest times, wear sun cream — those sorts of things,” Raab told Sky News on Sunday.

“We ought to enjoy the sunshine and actually we ought to be resilient enough through some of the pressures it will place,” he added, insisting there was no reason for schools to close when the mercury peaks on Monday and Tuesday.

The comments raised eyebrows, as did Johnson’s absence from the Downing Street meeting about the government’s response to the heatwave. He was forced to resign partly because of other parties held during Covid lockdowns.

Speaking after Raab on Sky, College of Paramedics chief executive Tracy Nicholls said: “This isn’t like a lovely hot day where we can put a bit of sunscreen on, go out and enjoy a swim and a meal outside.

“This is serious heat that could actually, ultimately, end in people’s deaths because it is so ferocious,” she said.

“We’re just not set up for that sort of heat in this country.”

Contrary to Raab’s sang froid, after Saturday’s meeting, government minister Kit Malthouse warned that transport services face “significant disruption” during the heatwave and said the public should work from home if possible.

The UK capital is expected to see the highest temperatures and mayor Sadiq Khan advised Londoners only to use public transport if “absolutely necessary”.

Ambulance services are on crisis footing, and some schools in southern England have already said they will stay shut.

Police urged the public to stay out of waterways after a 16-year-old boy drowned in a canal in the Manchester region, northwest England, on Saturday.

The Met Office, Britain’s state meteorological agency, has issued a first-ever “red” warning for extreme heat, cautioning there is a “risk to life” and attributing the heatwave to man-made climate change.

Britain’s highest recorded temperature is currently 38.7C set in Cambridge, eastern England, on July 25, 2019. But that looks set to be surpassed in the Met Office’s projections for this week.