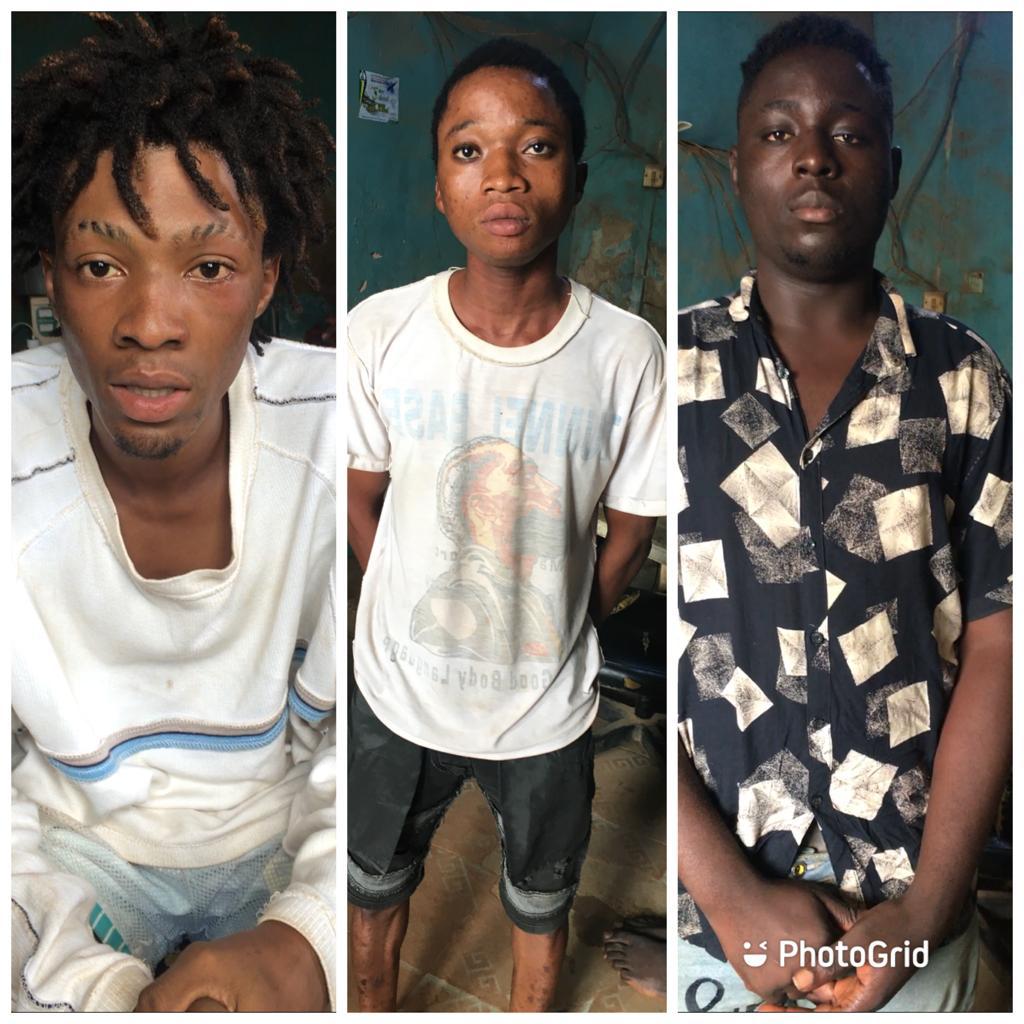 Three young men have been arrested in Ogun State for allegedly gang-raping a minor.

The suspects, Daniel Njoku, Damilare Ogundiran and Adebayo Olamilekan were said to be members of the Eiye confraternity.

Their arrest, DAILY POST learnt, followed a report lodged at the Ajuwon divisional headquarters by the mother of the 15-year-old victim.

The mother had reported to the police she sent her daughter on an errand at Akute Odo area, “but she was waylaid on by Daniel Njoku, who forcefully took her to his gang where the young girl was gang-raped, beaten and forcefully initiated into their Eiye cult group,” Ogun police spokesperson, Abimbola Oyeyemi, said on Sunday.

According to Oyeyemi, the complainant explained further that the young men threatened to kill the victim if she informs anyone about the incident.

Upon the report, the DPO of the Ajuwon division, SP Andrew Akinseye, was reported to have detailed his men to go after the hoodlums, three of whom were apprehended.

“The suspects have confessed to the commission of the crime. They informed the police that they were desperately looking for more members to join their group especially female members, and that was what prompted them to do what they did,” Oyeyemi disclosed.

He added that the Commissioner of Police, CP Lanre Bankole, has ordered that the suspects be transferred to the anti-cultists section of the State CIID.