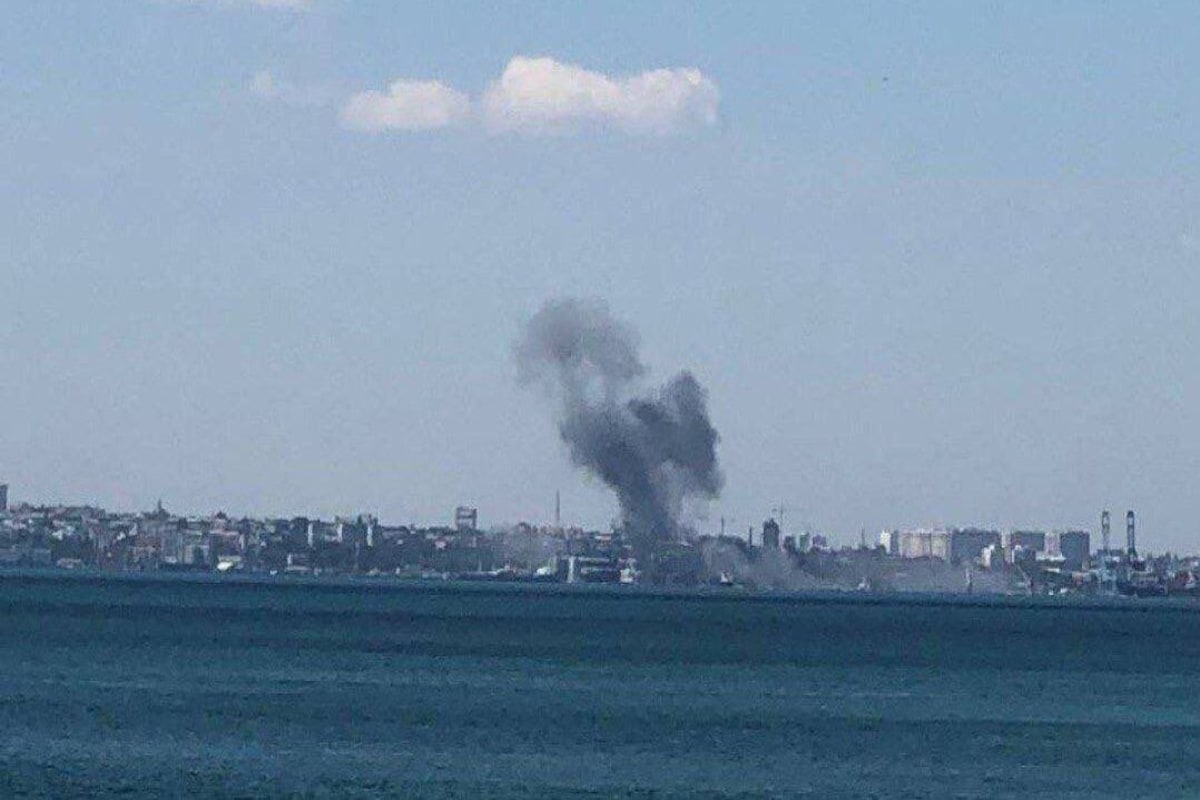 Ukrainian President Volodymyr Zelensky denounced a missile strike on the port of Odessa as “Russian barbarism” just a day after the warring sides struck a deal to resume cereal exports blocked by the conflict.

The Ukrainian military said its air defences had shot down two cruise missiles but two more hit the port Saturday, threatening the landmark agreement hammered out over months of negotiations aimed at relieving a global food crisis.

Zelensky said the strikes on Odessa showed Moscow could not be trusted to keep its promises.

“Today’s Russian missile attack on Odessa, on our port, is a cynical one, and it was also a blow to the political positions of Russia itself,” Zelensky said in his nightly address, adding dialogue with Moscow was becoming increasingly untenable.

“This apparent Russian barbarism brings us even closer to obtaining the very weapons we need for our victory,” Zelensky added.

Odessa is one of three export hubs designated in the agreement and Ukrainian officials said grain was being stored in the port at the time of the strike, although the food stocks did not appear to have been hit.

Guterres — who presided over the signing ceremony on Friday — “unequivocally” condemned the attack, his deputy spokesman said, and urged all sides to stick to the deal.

“These products are desperately needed to address the global food crisis and ease the suffering of millions of people in need around the globe,” he said.

“Striking a target crucial for grain export a day after the signature of (the) Istanbul agreements is particularly reprehensible and again demonstrates Russia’s total disregard for international law and commitments,” he said.

The United States also “strongly condemned” the attack, with Secretary of State Antony Blinken saying it “casts serious doubt on the credibility of Russia’s commitment to yesterday’s deal”.

There was no official comment from Moscow, but Turkish Defence Minister Hulusi Akar said Russia had denied carrying out the attack.

“The Russians told us that they had absolutely nothing to do with this attack and they were looking into the issue very closely,” Akar said in comments to state news agency Anadolu.

“We will continue to fulfil our responsibilities under the agreement we reached yesterday,” he added.

Regional governor Maksym Marchenko said the strikes left people wounded and damaged port infrastructure in Odessa, without specifying the number or severity of the injuries.

20 million tonnes of wheat
The first major accord between the countries since Russia’s February invasion of Ukraine aims to ease the “acute hunger” the UN says an additional 47 million people are facing because of the war.

Ukraine at the signing warned it would conduct “an immediate military response” should Russia violate the accord and attack its ships or stage an incursion around its ports.

Zelensky said responsibility for enforcing the deal fell to the UN, which along with Turkey is a co-guarantor of the agreement.

The deal includes points on running Ukrainian grain ships along safe corridors that avoid known mines in the Black Sea.

Huge quantities of wheat and other grain have been blocked in Ukrainian ports by Russian warships and the mines Kyiv laid to avert a feared amphibious assault.

Zelensky said that around 20 million tonnes of produce from last year’s harvest and the current crop would be exported under the agreement, estimating the value of Ukraine’s grain stocks at around $10 billion.

Russian Defence Minister Sergei Shoigu told Kremlin state media he expected the deal to start working “in the next few days” although diplomats expect grain to only start fully flowing by mid-August.

Strikes on central Ukraine
Russia is trying to fight deeper into the eastern Donetsk region after securing full control of neighbouring Lugansk.

The US State Department on Saturday said two Americans had died in the area, without saying whether the pair were in the country for combat purposes.

At least one of the dead was a serviceman, he said earlier — a rare admission of a military casualty as combat deaths have been closely guarded by both sides.

Russia also pursued an artillery campaign over Ukraine’s second city, Kharkiv, with attacks wounding one woman, the presidency said. An elderly farmer was killed in further shelling in Sumy, northwest of Kharkiv.

Two others, including a teenager, were wounded in strikes on Mykolaiv, the largest city under Ukrainian control near Russian-occupied Kherson and the southern front, which has been shelled persistently since the beginning of the invasion.