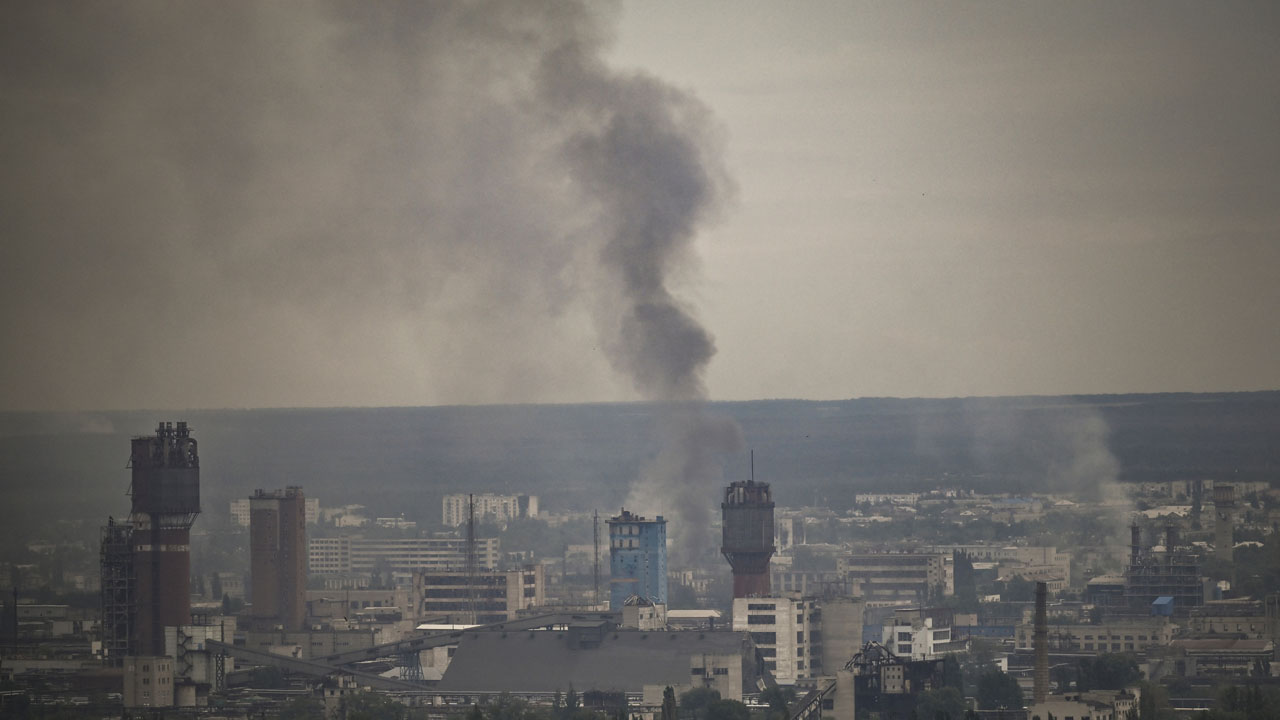 Ukrainian rescuers were hoping Monday to find survivors under the rubble of an apartment building hit by a Russian missile strike which killed at least 15 people, as Moscow’s forces seek to consolidate their control over the Donbas region.

The building was partially destroyed by the strike, AFP correspondents saw at the scene, where dozens of rescuers were sifting through the rubble with a mechanical digger on Sunday.

“During the rescue operation, 15 bodies were found at the scene and five people were pulled out of the rubble” alive in the town of Chasiv Yar, the local emergency service said on Facebook on Sunday.

“At least 30 others are under the rubble” of the four-storey building after it was hit by a Russian Uragan missile, Donetsk regional governor Pavlo Kyrylenko said earlier on Telegram.

Rescuers had so far been able to establish contact with three people under the rubble, emergency services said.

“Everyone who gives orders for such strikes, everyone who carries them out targeting our ordinary cities, residential areas, kills absolutely deliberately,” President Volodymyr Zelensky said in his nightly address, vowing that the perpetrators would be brought to justice.

One Chasiv Yar resident, who did not give her name, showed AFP journalists around the wreckage of her apartment.

“Yesterday, 11 or 10 o’clock in the evening, I was in the bedroom, and when I was leaving, everything started thundering and cracking…,” she said.

“The only thing that saved me was when I ran here, because immediately afterwards all of this crashed down.”

Another woman who had ventured inside to see what she could salvage from her apartment retrieved a bluebird, still perched in its cage.

Looking down from her balcony, where her pet had escaped the blast, she lifted up the cage with a brief, triumphant flourish.

Having fought long battles to capture areas of the neighbouring region of Lugansk, Russian troops are now turning their focus to Donetsk as they look to take control of the whole Donbas region.

But though the region was under persistent shelling, Russian ground attacks were all but paused, the Ukrainian army general staff said Sunday.

Ukraine’s forces had hit a Russian base in the occupied southern region of Kherson, they added, without elaborating.

“The enemy in our operational zone keeps behind the lines of defense, does not advance by land, does not have the opportunities and capacities to create new strike groups,” Operational Command South said early Monday.

“The number of attacks and shelling has decreased, without their artillery the invaders are almost helpless,” Sergiy Gaiday said.

However, elsewhere, the bombing continued.

On Saturday, three people were killed and 23 wounded by shelling in Donetsk, governor Kyrylenko said.

Strikes were also reported in Kharkiv, Ukraine’s second city in the northeast, where a “teaching establishment” and a house were hit, wounding one, according to regional governor Oleg Sinegubov.

“The Ukrainian army is holding on firmly, repelling attacks in various directions,” said Zelensky. “But, of course, a lot still needs to be done so that Russian losses really cause such pause.”

Russian officials in the eastern Ukrainian region of Kharkiv meanwhile announced the start of the harvest “in the liberated territories of the region”, Russian news agency RIA Novosti announced Sunday.

Ukraine has repeatedly accused Russia of having stolen its wheat harvest in the occupied eastern regions, to illegally sell it on the international market.

On Sunday, US Secretary of State Antony Blinken said Russia’s restriction on Ukrainian grain exports may have contributed to turmoil in Sri Lanka triggered by severe shortages of food and fuel.

“We’re seeing the impact of this Russian aggression playing out everywhere,” Blinken told reporters in Bangkok.

Renewing a demand that he has made repeatedly, Blinken called on Russia to let an estimated 20 million tonnes of grain leave Ukraine, which Moscow invaded in February.

Russia continued its crackdown on news coverage critical of its conduct in the war, blocking the website of the German daily Die Welt Sunday, the latest in a growing list.

Since the start of the Russian military operation in Ukraine, the German newspaper has published content in Russian.