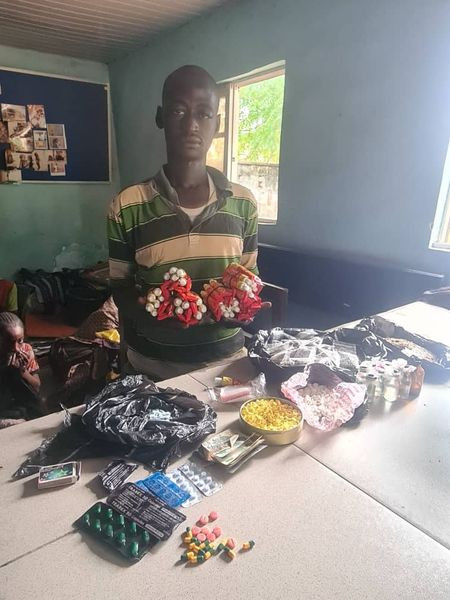 Operatives of the Jigawa State Police Command have arrested a suspected drug dealer during a raid of a black spot at Zai Hills area of Dutse metropolis.

Spokesperson of the command, DSP Lawan Shiisu Adam, who disclosed this in a statement on Thursday, July 21, said the the raid was carried out by a team of policemen led Divisional Police Officer Dutse, CSP Dahiru Mahmud, at about 7:30pm on Wednesday, after intelligence gathering.

“Seven hundred and sixty eight (768) tabs of diazepam, four hundred and twenty one (421) tabs of exol, ninety nine (99) tabs of blue diazepam, seventy three (73) tubes of rubber solutions, thirty eight (38) caps of tramadol, thirty seven (37 wraps) and some quantity inside polythene bag of dry leaves suspected to be indian hemp, ten (10) bottles of suck and die syrup, eight tabs of tramadol were recovered in his possession.

“Rigorous patrols, raids on criminal hideouts and black spots will be sustained within the twenty seven (27) Local Government Areas in the State.” 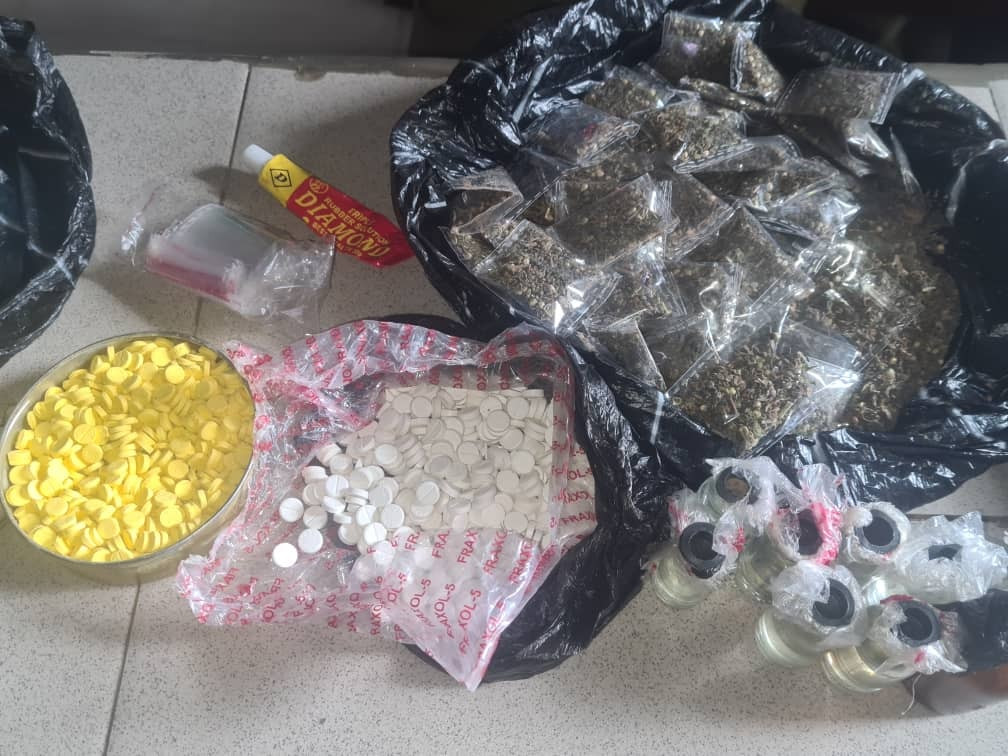