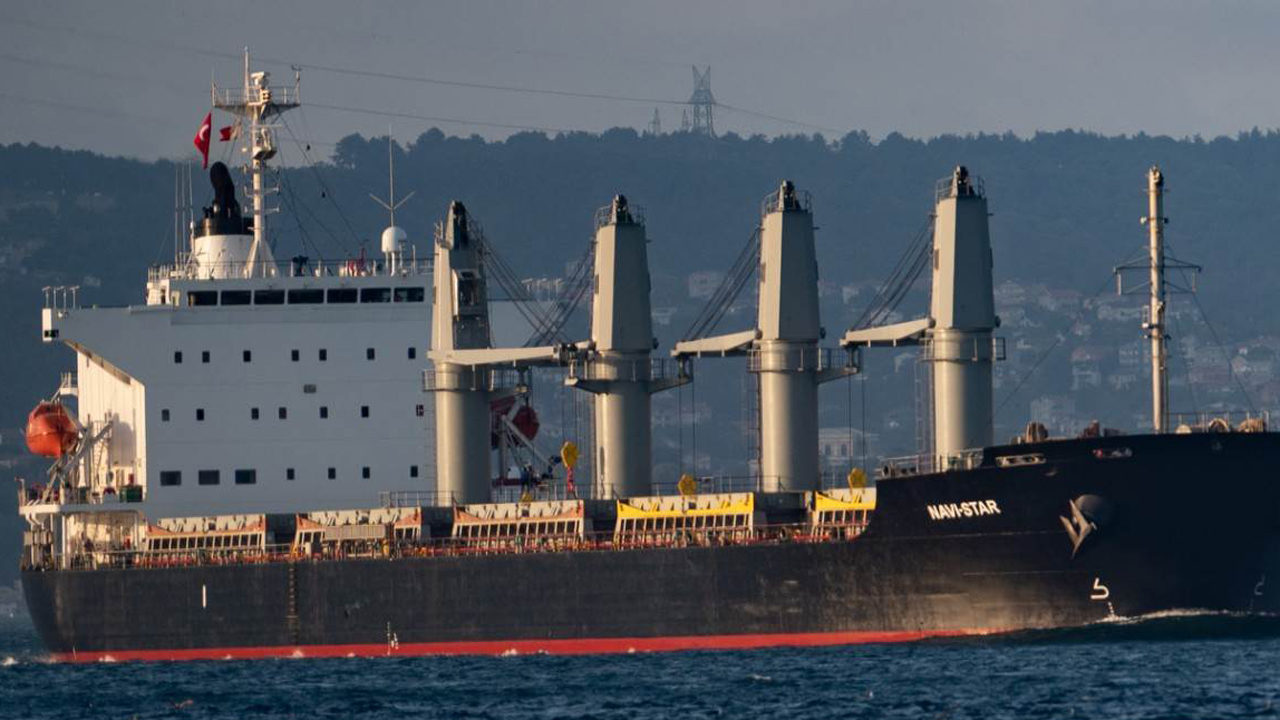 Four more ships loaded with grain set off from Ukrainian ports on Sunday, as Moscow and Kyiv blamed each other for a new strike at a Russian-occupied nuclear plant.

Amnesty International, meanwhile, said it deeply regretted the “distress and anger” caused after it alleged Ukrainian forces were flouting international law by exposing civilians to Russian fire. But it stands by its controversial report.

Kyiv’s infrastructure ministry wrote on Telegram that a second convoy of Ukrainian supplies had just left, three from Chornomorsk and one from Odessa.

The Mustafa Necati, the Star Helena, the Glory and the Riva Wind were carrying “around 170,000 tonnes of agriculture-related merchandise”, it said.

Moscow and Kyiv traded accusations Sunday over who bombed the Zaporizhzhia nuclear site in southern Ukraine.

Europe’s largest atomic power complex has been under Russian control since the early days of the February 24 invasion.

And as Ukraine President Volodymyr Zelensky welcomed US actress Jessica Chastain to Ukraine, Moscow celebrated the re-election of a former senior Russian politician to the world body governing chess.

– ‘Very real risk’ –
Recent fighting at the plant has prompted UN’s nuclear watchdog, the International Atomic Energy Agency (IAEA) to warn of “the very real risk of a nuclear disaster”.

Russia’s occupying authorities in the town of Enerhodar, where the plant is located, said the Ukrainian army overnight “carried out a strike with a cluster bomb fired from an Uragan multiple rocket launcher”.

The projectiles fell “within 400 metres of a working reactor” and in a “zone storing used nuclear fuel”, Russia’s state news agency TASS reported.

Ukraine’s state nuclear energy company Enerhoatom however said the “Russian occupiers once again fired rockets at the nuclear power plant its host town, Enerhodar. One worker there had been hospitalised with shrapnel wounds, it added.

AFP was not able to confirm the allegations from an independent source.

On Saturday, Enerhoatom had already said parts of the facility had been “seriously damaged” by military strikes the previous day, forcing the shutdown of one of its reactors.

IAEA chief Rafael Grossi warned Saturday: “Any military firepower directed at or from the facility would amount to playing with fire, with potentially catastrophic consequences.”

Zelensky in his nightly address Sunday called for a “principled response” from the international community.

Evoking the possibility that the plant was hit causing the release of a toxic cloud, he added: No one will stop the wind that will spread the radioactive contamination.”

– Amnesty’s regret –
Amnesty International sparked outrage in Ukraine with a report Thursday accusing the military of endangering civilians by establishing bases in schools and hospitals and launching counter-attacks from heavily populated areas.

The head of their Ukraine bureau resigned over the report, accusing Amnesty of becoming “a tool of Russian propaganda”.

On Sunday, the rights group said that while it stood by its finding, “nothing we documented Ukrainian forces doing in any way justifies Russian violations”.

The renewed shipments of Ukrainian grain to help ease global food shortages and bring down prices nevertheless offer a small glimmer of hope as the war enters its sixth month.

Ukraine, one of the world’s largest grain exporters, had been forced to halt almost all deliveries in the wake of Russia’s invasion.

A bulk carrier arrived in Chornomorsk on Saturday to be loaded with grain for the first time since Moscow’s invasion.

The departure Sunday of the four other vessels follows several others last week under a deal brokered with the help of Turkey.

– ‘Sign of hope‘ –
In Rome on Sunday, Pope Francis welcomed the resumption of grain exports as “a sign of hope” that showed dialogue was possible to end the war.

“I sincerely hope that, following this path, we can put an end to the fighting and arrive at a just and lasting peace.”

Underlining the value of visits from famous people, he wrote: “Thanks to this, the world will hear, know and understand the truth about what is happening in our country even more.”

Earlier Sunday, Moscow celebrated a diplomatic victory of its own with the re-election of Russia’s Arkady Dvorkovich to the helm of the international chess body FIDE.

Dvorkovich, a former deputy premier under Russian President Vladimir Putin, comfortably saw off a challenge from Ukrainian grandmaster Andrii Baryshpolets who had accused him of being part of Moscow’s “war machine”.