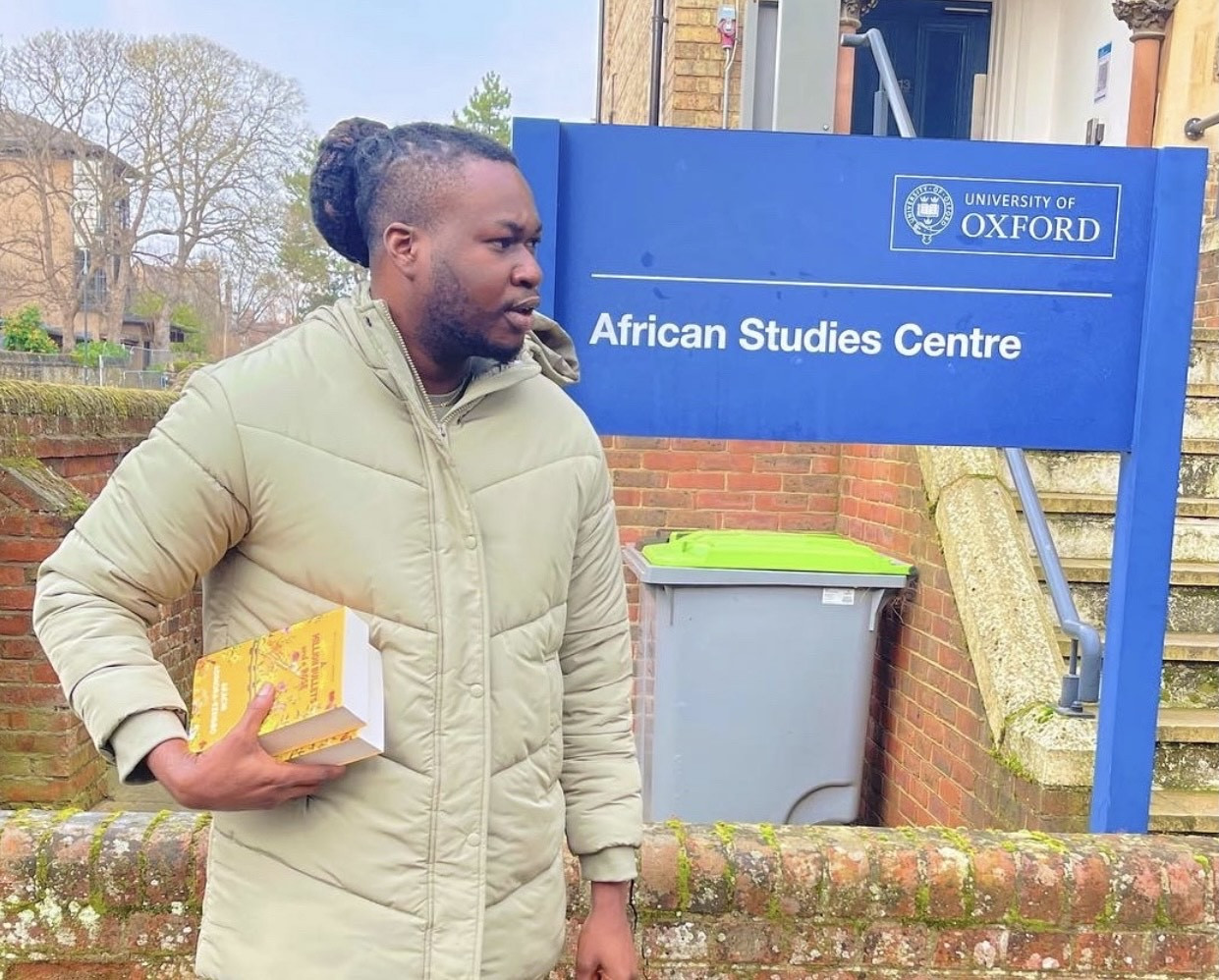 Nigerian film director and producer, Mishael Maro Amos, will be an Academic Visitor at the African Studies Centre, University of Oxford for the 2022-2023 Academic year.

Amos, who was conferred an Honorary Fellowship of the James Currey Society at the African Studies Centre at the University of Oxford, will return to the UK to focus his research on creating films from the past, with a general focus on James Currey and his works.

He was selected as one of the participants of James Currey Writing and Publishing Workshop Class of 2022, where he met an opportunity to meet, work and learn from highly experienced researchers and writers.

During the workshop, he mentioned he developed an interest in Neo-colonialism and theories of Imperialism. And wishes to focus mostly on cultural imperialism, hegemony, the role and impact of colonies especially in west Africa to improve ethnographic research, and develop values promoting cultural revitalization and rationalization.

After completing his degree and travelling round the world, he invested in arts, and also recently released the film “Abused” amongst others.

James Currey Writing and Publishing Scholars are selected on the basis of academic achievement, leadership, and dedication to their writing and arts. The scholarship is named in honour of British publisher, James Currey. And his contributions to African scholarship and literature.

He was invited by the Society, for a joint research project on film and publishing.

This year, over 120 applications were received.


“I can swear with anything, I wanted to say popsy not p***y” – Viral Nekede student speaks up