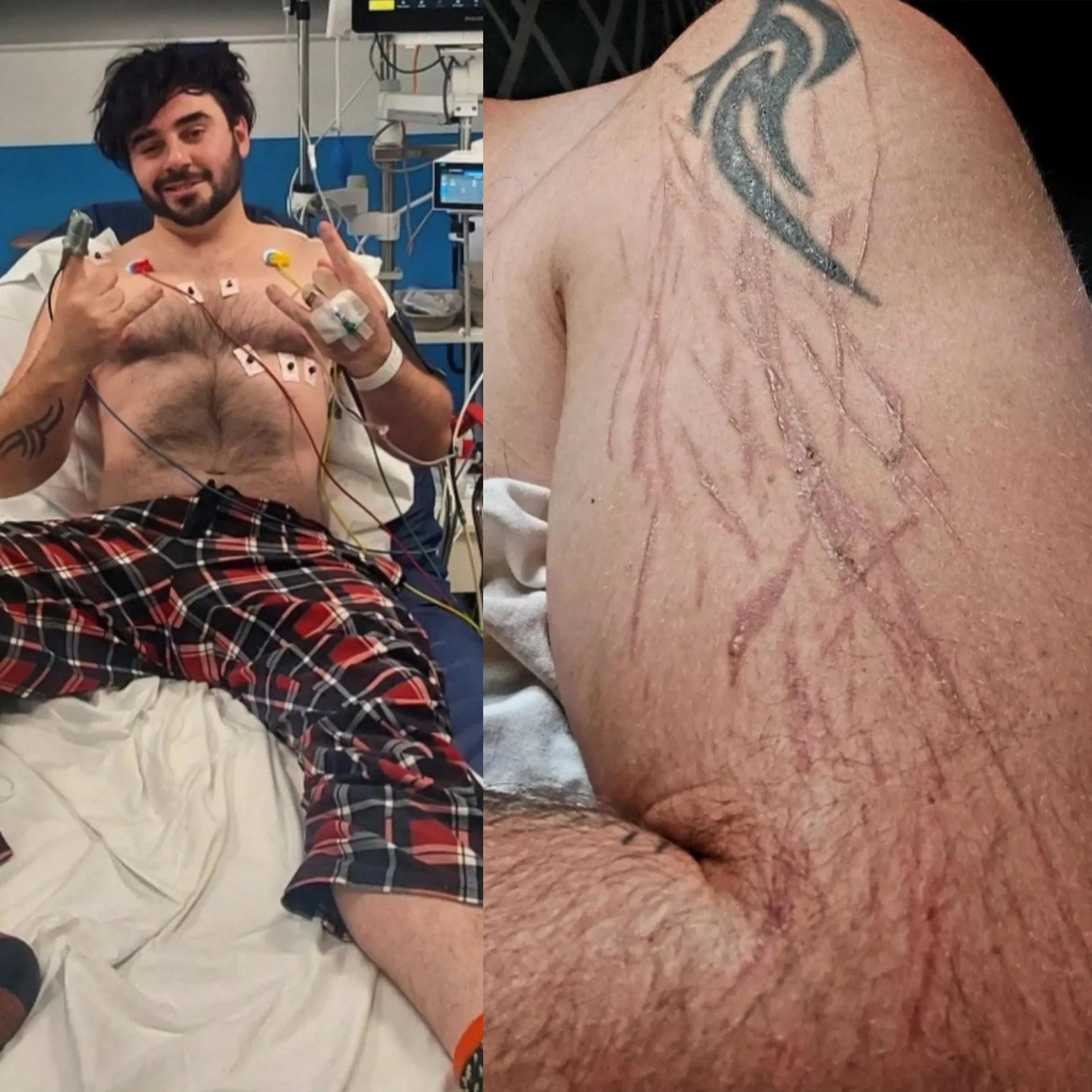 A UK man was rushed to the hospital after he was struck by lightning while playing video games in his living room in Oxfordshire, UK.

Aiden Rowan, 33, was playin video games on his PlayStation around 10:30 p.m. last Monday, September 5, when he heard a loud crack followed by a “heavy jolting sensation.”

He recounted the incident to his Instagram followers, writing: “So, I am absolutely not one for sympathy posts, I had to share this because of how insane it is.

“[There was] a loud bang and … 5 hours at the hospital confirmed that I was STRUCK BY LIGHTNING through the open window!

“Never going to play cute cat games during a thunderstorm again. I’m fine, just very sore, hell of a headache and burn stripes down my arm.”

Ironically, when he was struck, he was playing a game called “Stray” where you control a stray cat who is lost.

Rowan told Metro: “It took about a minute to come back to my senses, I felt very, very confused. I went upstairs and asked my husband for a wet towel as I didn’t know what had happened but my arm was burning.”

Rowan’s husband Aaron, 32, immediately rushed him to the hospital. 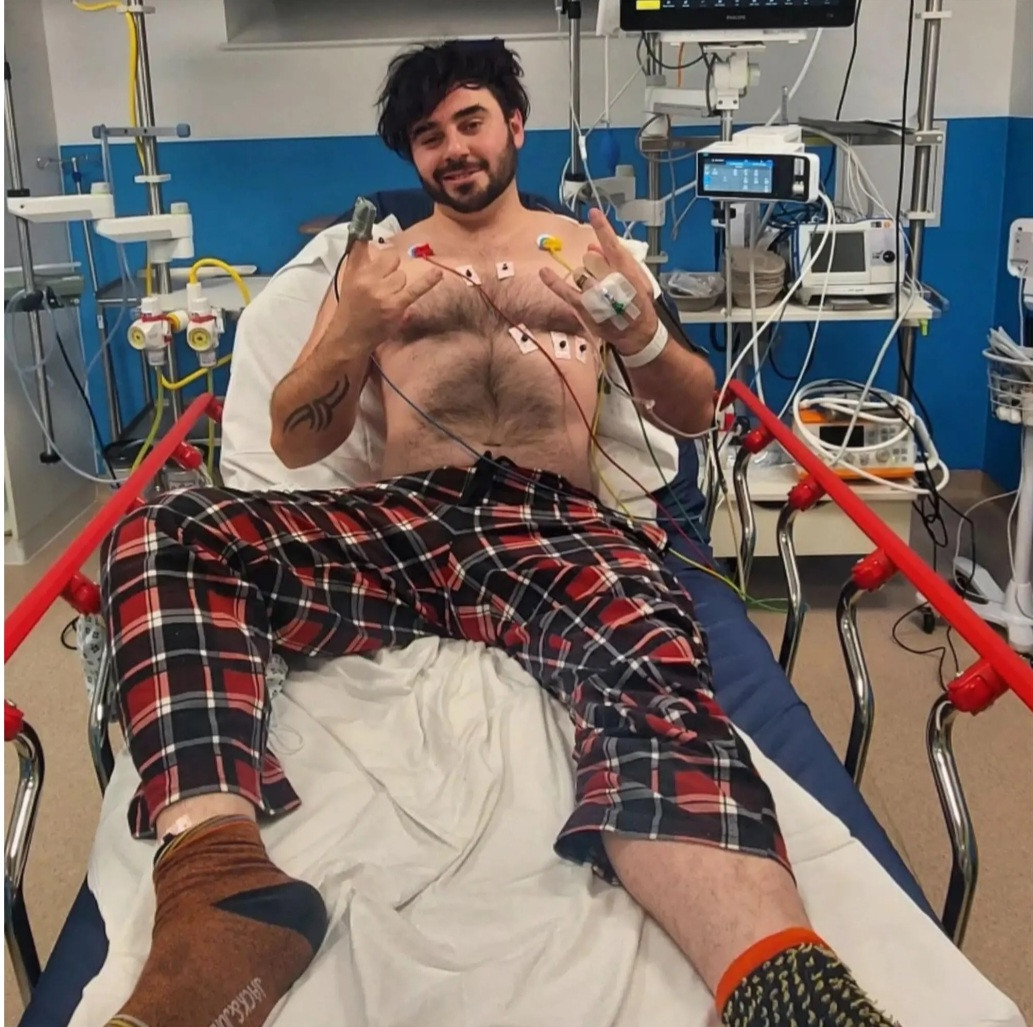 Rowan continued: “We got to the reception and Aaron said something had happened and it may have been a lightning strike and everyone turned to look at me.

“I was rushed through to an assessment room and they said it does look like it was a lightning strike. Nine doctors from different departments came to look at me and I was put on a heart monitor and had some blood tests.”

Rowan’s doctors believe that the lightning bounced off the water and through the window due to the ground being too hard from the heatwave the UK has been experiencing recently.

“We just couldn’t really process it at the time,” Rowan said. “After a few days it started to mentally affect me, realizing that I could have died.”

He managed to remain unscathed save for a few cuts on his left arm and a small burn on his right hand. 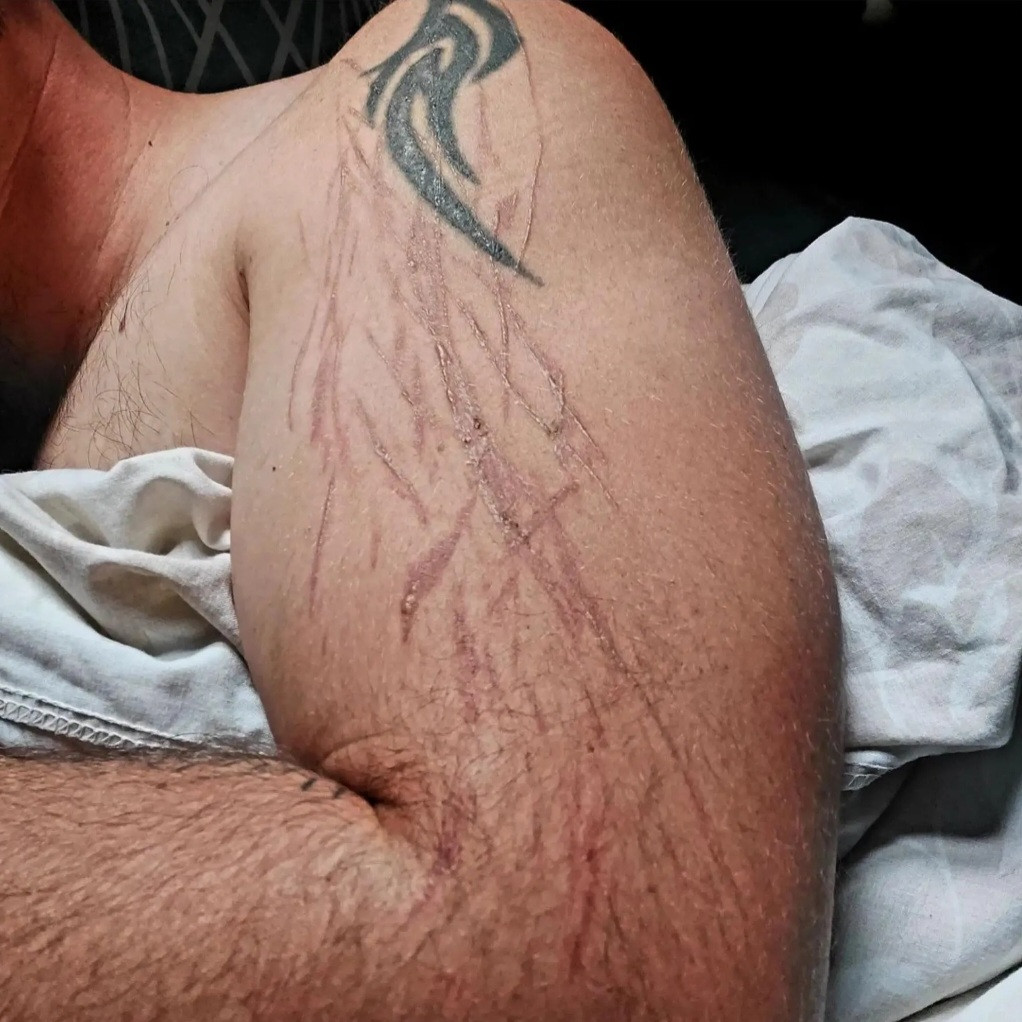