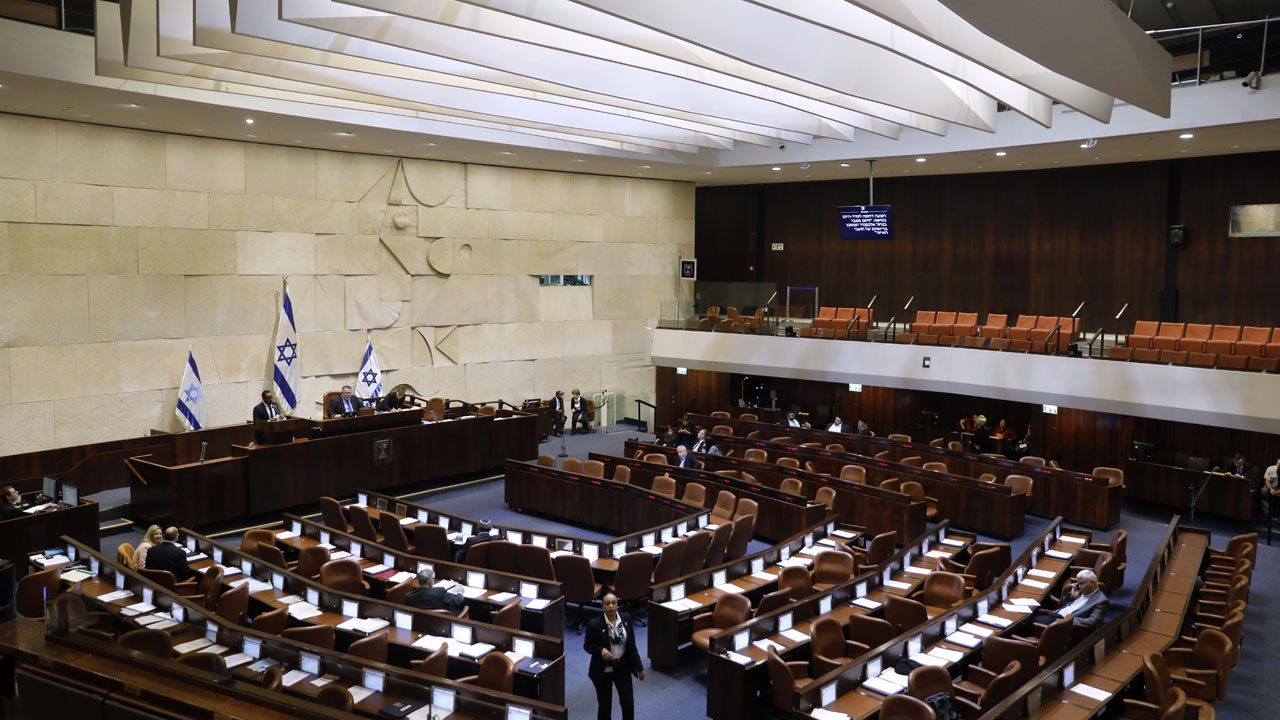 After the unanimous 92-0 vote, the centrist Lapid embraced outgoing Prime Minister Naftali Bennett, whose year in charge of an unwieldy, eight-party coalition was ultimately undone by its ideological divisions.

“There, I promised my late father that I will always keep Israel strong and capable of defending itself and protecting its children,” the 58-year-old said in a statement.

The newly called election set for November 1 marks another sign that Israel remains mired in an unprecedented era of political gridlock, with early opinion polls indicating the results may again be inconclusive.

The religious nationalist Bennett has said he will not contest the vote and is stepping back from politics, tweeting the Hebrew word “Toda” (thank you), after lawmakers sealed his departure from office. He later hosted Lapid for a short handover ceremony.

Hawkish former prime minister Benjamin Netanyahu has assured that he and his allies — extreme-right nationalists and ultra-Orthodox Jewish parties — will finally rally a majority, following what he described on Thursday as a “failed (coalition) experiment”.

“We are the only alternative. A strong, nationalist, responsible government,” said Netanyahu, who is on trial over corruption charges he denies.

– ‘Deeply polarised’ –
Regarded by both allies and critics as a tireless political brawler, Netanyahu was already campaigning Thursday, telling shoppers at a Jerusalem mall that combatting rising living costs — which he blamed on Bennett’s “bad government” — will be his “first mission” after returning to office.

Israelis being forced to the polls for a fifth time since April 2019 highlighted their “deeply polarised reality”, said Yohanan Plesner, president of the Israel Democracy Institute think-tank.

The only solution to such “dysfunction,” he said, were “long-over-due electoral and constitutional reforms”.

The November vote will in part be a contest between Netanyahu and Lapid, a former TV news anchor and celebrity who has surprised many since being dismissed as a lightweight when he entered politics a decade ago.

Lapid was the architect of the Bennett-led motley alliance that took office in June 2021, ending Netanyahu’s record 12 consecutive years in power and passing Israel’s first state budget since 2018.

Bennett led a coalition of right-wingers, centrists, doves and Islamists from the Raam faction, which made history by becoming the first Arab party to support an Israeli government since the Jewish state’s creation in 1948.

Raam party chief Mansour Abbas faced backlash from some Arabs but on Thursday defended his decision to take part in Israeli governance.

“We succeeded in pushing ourselves as a political force,” Abbas said, adding that Raam would continue advocating for Arab society, making sure that issues like poor living conditions for his Bedouin constituents, were “on the table rather than underneath it”.

– Farewell address –
The coalition came apart last week after some Arab lawmakers refused to renew a measure that ensures the roughly 475,000 Jewish settlers in the occupied West Bank live under Israeli law.

They said it marked a de facto endorsement of a 55-year occupation that has forced West Bank Palestinians to live under Israeli military rule.

For Bennett, a staunch supporter of settlements, allowing the so-called West Bank law to expire was intolerable. Dissolving parliament before its June 30 expiration temporarily renews the measure.

Bennett has argued that his coalition was successful in its brief tenure and showed ideological rivals can govern together.

“No one should give up their positions, but it is certainly possible and necessary to put aside, for a while, ideological debates and take care of the economy, security and future of the citizens of Israel,” he said in his farewell address Wednesday.

Israel opposes a restoration of the 2015 agreement that gave its arch foe sanctions relief in exchange for limits on its nuclear programme.

Lapid will retain his foreign minister title while serving as Israel’s 14th premier. He will find himself under an early microscope, with US President Joe Biden due in Jerusalem in two weeks.