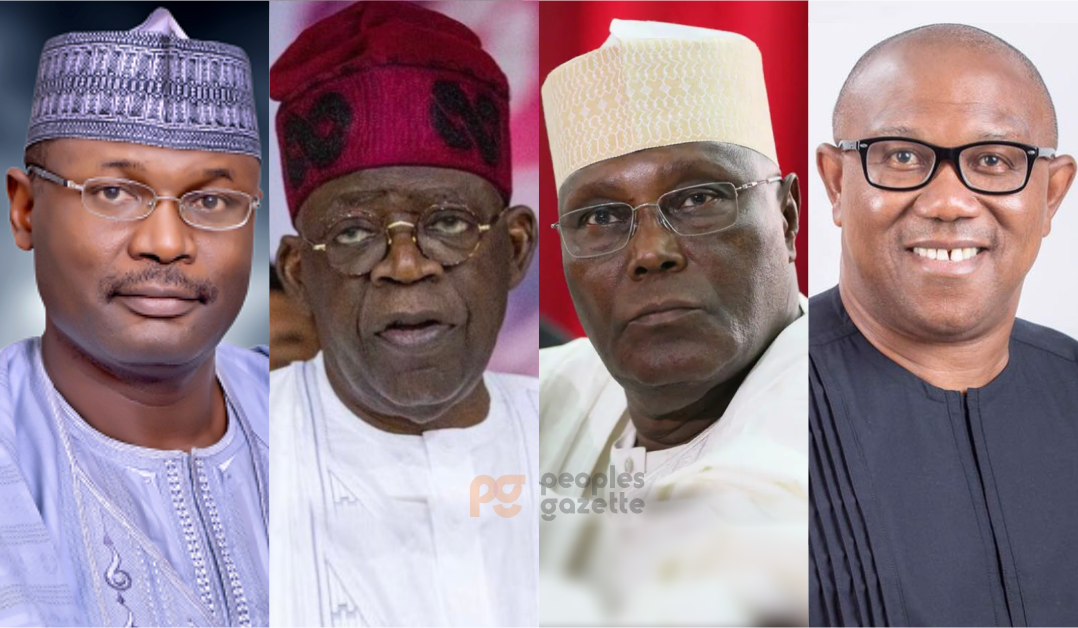 The electoral body declared that it had no anointed candidate in next year’s elections.

INEC chairman Mahmood Yakubu said this on Wednesday in Abuja, at the fourth memorial lecture in honour of the late director-general of The Electoral Institute (TEI), Abubakar Momoh, who died on May 29, 2017.

Mr Yakubu, represented by Abdullahi Zuru, national commissioner and chairman of the Board of Electoral Institute.

Mr Yakubu assured Nigerians that INEC has no preferred party or candidate as former Vice President Atiku Abubakar of the PDP, Anambra ex-Governor Peter Obi of Labour Party and Bola Tinubu of APC seek to succeed President Muhammadu Buhari in office next year.

The chairman said as the 2023 general elections drew near, stakeholders, especially political parties, should note the major features introduced by the Electoral Act 2022.

“These changes include amongst others, the conduct of early party primaries by political parties, technological changes in the electoral process,” the INEC boss explained. “The commission’s power to review the decision of the returning officer and overvoting based on the number of accredited voters.”

Mr Yakubu said the new initiatives served as the bedrock for the reviewed Regulations and Guidelines for the Conduct of Elections 2022, and the review of the Manual for Election Officials, 2022.

He acknowledged electronic devices are now legally allowed in the accreditation of voters, collating results and in the general conduct of elections.

These, according to him, include the Bimodal Voters Accreditation System (BVAS), INEC Voter Enrolment Device (IVED); INEC Results Viewing Portal (IRev) and other technological devices.

“Please be assured that these innovations are intended to deepen the electoral process in our country. Their optimal performance in the just concluded gubernatorial elections in Ekiti and Osun states is an eloquent testimony to their electoral value,” the INEC chief said.

He described the Electoral Act as ingredients for party building, stabilisation of electoral rules and democratic consolidation and expressed the conviction that party chairmen and members would be committed to ensuring that the 2023 general elections would be devoid of deliberate infractions to the 2022 Electoral Act.