Indigenous Canadians hopeful ahead of Pope’s apology for school abuse 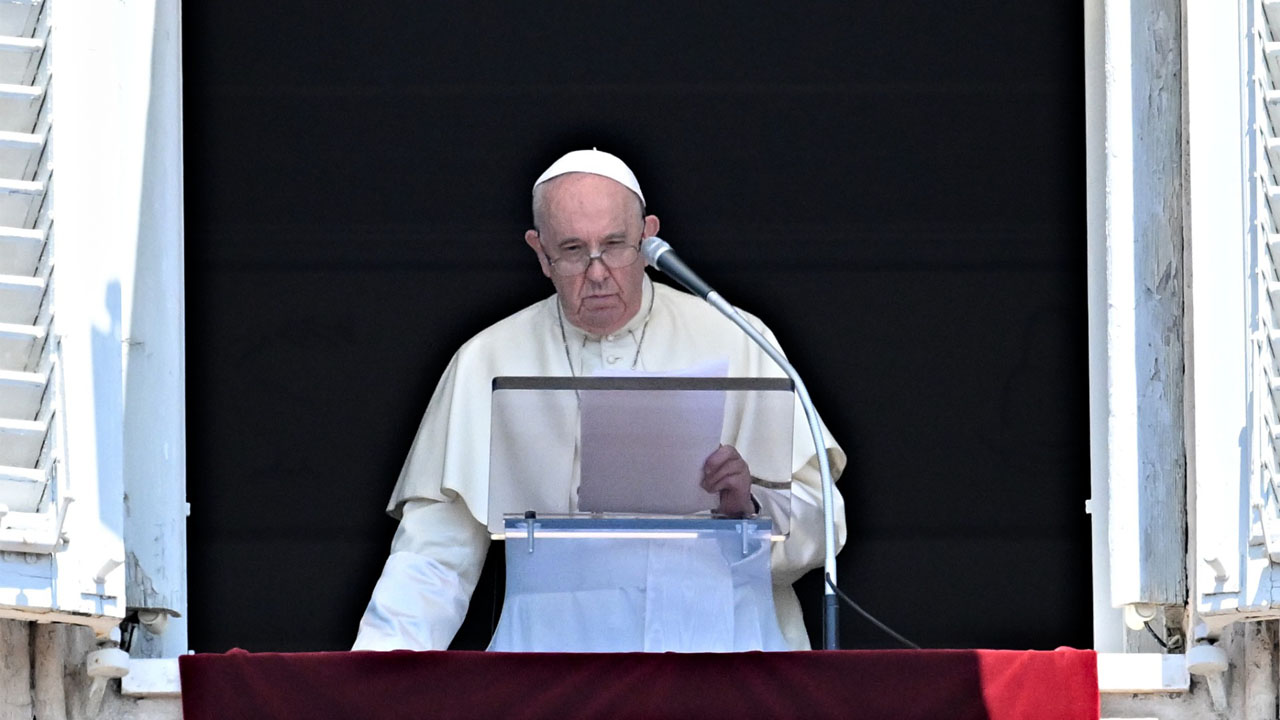 For decades, trauma has lingered in the tiny Indigenous Canadian community of Maskwacis. But some hope to finally find a degree of closure during a visit by Pope Francis to apologize for the Church’s role in a century of abuse.

The pontiff will stop in the community of 19,000 people some 62 miles (100 kilometers) north of Edmonton, Alberta, on July 25, to visit the site of one of the state boarding schools run by churches where Indigenous children were once forcibly sequestered.

Many of the children — those who survived — still live in towns such as Maskwacis.

“Maybe they will hear something that will help them to move forward in their life,” Ermineskin Cree Nation chief Randy Ermineskin tells AFP.

Indigenous rights champion Wilton “Willie” Littlechild was part of a delegation that travelled to the Vatican in April to press the 85-year-old pontiff to come to Canada on the once unimaginable tour.

“The apology from his Holiness will have a great impact,” he said.

“Once you have the apology and the forgiveness, then people will start to feel a sense of healing, and then they will find a conclusion,” said the 78-year-old lawyer and former chief, who spent 14 years of his childhood at residential schools.

In Maskwacis, on the western edge of Canada’s vast Prairies region, a simple plaque partially obscured by overgrown grass and dandelions identifies the location of the former Ermineskin Indian Residential School, where the Pope will appear.

Before closing in 1976, it was one of the largest of the 139 state schools run by churches across Canada which some 150,000 Indigenous, Inuit and Metis children were forced to attend as part of a failed policy of assimilation.

Students were cut off from their families, language and culture. Many were physically and sexually abused by teachers and headmasters, and thousands are believed to have died of disease, neglect and malnutrition.

Canada has been grappling with this brutal past for years. But the discovery in recent months of the remains of hundreds of Indigenous children buried in unmarked graves on the school sites has branded the reality of how the state and churches made them suffer into the national consciousness.

‘Unable to move forward’
In the town, a stray dog wanders the streets past abandoned tricycles and discarded mattresses outside houses charred by fire or tagged with graffiti.

Resident Connie Roan, 67, checking on her garden, says she hopes a “great blessing” by the pontiff will bring change to her community, plagued by gangs and illicit drugs.

“It’s rough here,” she said. “People are unable to move forward” from the traumas inflicted on them at the schools.

A truth and reconciliation commission concluded in a 2015 report that the Indigenous schools system amounted to “cultural genocide.”

It has been blamed for a high incidence of poverty, alcoholism and domestic violence, as well as high suicide rates in Indigenous communities.

The chair of the Our Lady of Seven Sorrows parish council in Maskwacis and a member of the Samson Cree Nation, she says she prays for the papal visit to bring healing, not just for her people “but all of Canada.”

“Everybody needs healing,” she said, adding that Francis’s visit “is in itself a miracle.”

As a school child Brian Lee, 68, was “taught to hate my own people” and told repeatedly that his mother tongue — Cree — was “the language of the devil.”

He calls for more funding for Indigenous initiatives.

And at a nearby skatepark, 22-year-old Seanna Fryingpan, a young mother with a cigarette tucked behind her ear and a rose tattoo on the back of her hand, describes the papal visit as “pretty cool.”

“I’m going to take a lot of pictures,” she tells AFP.

But she says an apology, while important, can only do so much.

“It’s not going to erase the past.”


“I can swear with anything, I wanted to say popsy not p***y” – Viral Nekede student speaks up