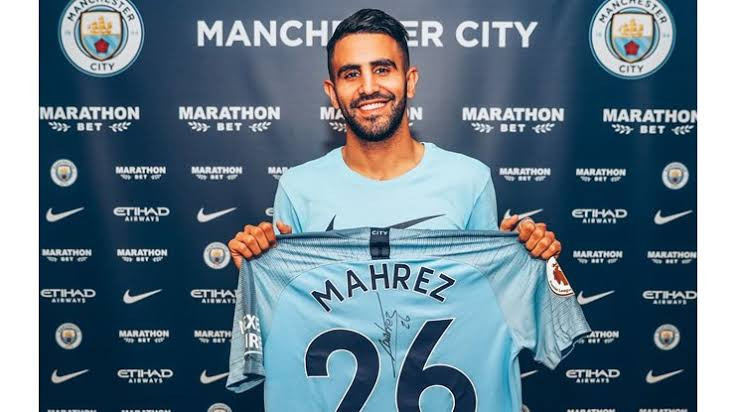 Manchester City and Algeria winger, Riyad Mahrez has signed a new three-year contract at the Etihad to commit his future until 2025.

Mahrez had one year remaining on his previous deal before inking the new contract.

Reacting to the deal, Mahrez said he was very happy to be at an ‘incredible club’, and said that even though he has enjoyed eight trophies during his four years at the club he is ‘hungry to achieve more’ under his manager Pep Guardiola.

‘I’m very happy to sign the new deal,’ he said. ‘I have enjoyed every single minute of my time here. It’s a pleasure to be part of such an incredible club.

‘To have helped us achieve the success we have enjoyed in the past four seasons has been unforgettable and made us all hungry to look to achieve even more.

‘I would also like to thank Pep, [director of football] Txiki [Begiristain] and the coaching staff, both for the way they have helped me to develop as a player and for pushing me to continue to improve.

‘Now I just want to try and play my part in helping us be successful next season and beyond.’

Mahrez has played almost 200 times since joining in 2018 and is a key man for the team.