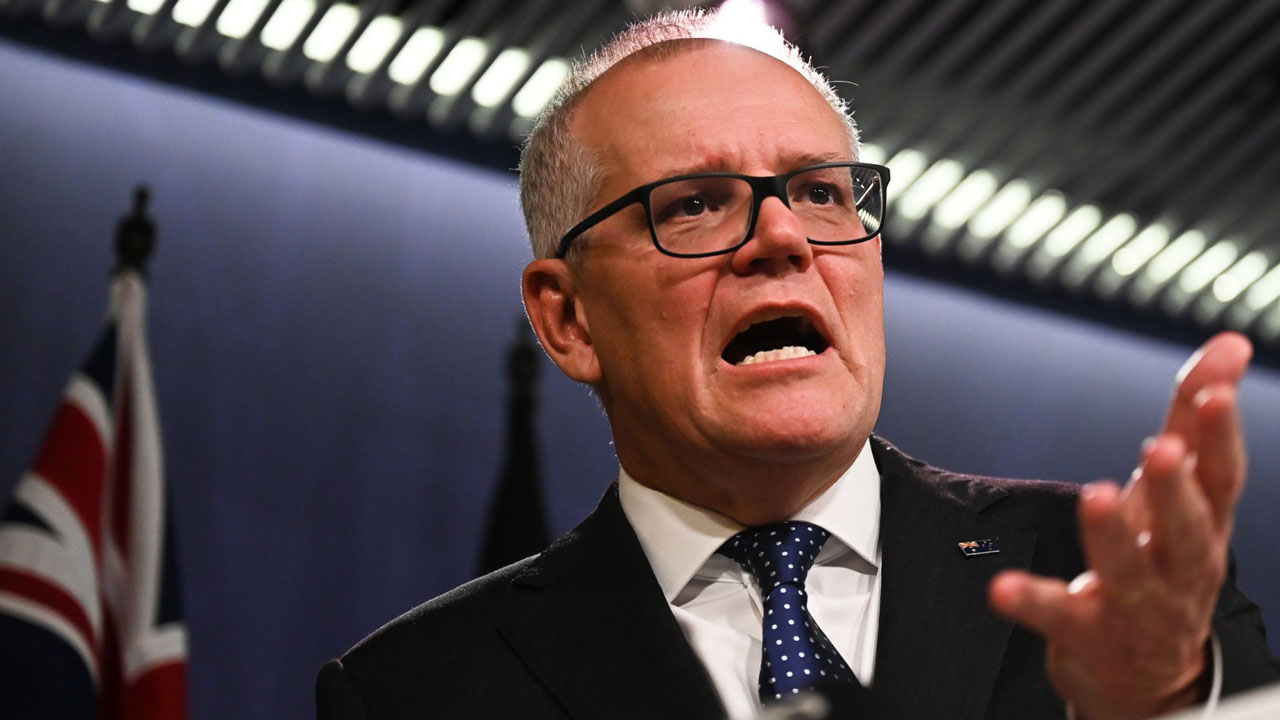 Australia’s ex-prime minister on Wednesday defended secretly appointing himself to several key ministries during the Covid-19 pandemic, rejecting accusations he created a “shadow government” and undermined the country’s democracy.

Refusing bipartisan calls to apologise and resign from parliament, Scott Morrison insisted he was right to take “emergency powers” over the health, treasury, finance, resources and home affairs departments, without telling the public or his cabinet colleagues.

“I was steering the ship in the middle of the tempest,” the former conservative leader said in a defiant first public appearance since the scandal broke, dismissing critics who were “standing on the shore after the fact”.

“Only I could really understand the weight of responsibility that was on my shoulders, and on no-one else,” Morrison said, describing his moves as “break-glass-in-case-of-emergency” safeguards.

Morrison’s tenure in office, from 2018 to 2022, was a period of crisis for Australia with record bushfires, floods and drought as well as the pandemic and a first-in-a-generation recession.

But revelations that any prime minister could make such an extraordinary power grab without parliamentary or public oversight have left some questioning whether the country’s democracy is also in crisis.

Australia’s new prime minister, Anthony Albanese, has asked the solicitor-general to present advice on whether his predecessor acted legally.

“This is fundamentally a trashing of our democratic system. A trashing of the convention and rules that have operated in Australia for 121 years,” Albanese said Wednesday. “This is unprecedented.”

The Labor leader tied Morrison’s actions to a worldwide “retreat” of democracy.

“There’s people fighting now in Ukraine to protect democracy and a sovereign nation. You have a rise of undemocratic regimes.

“Our democracy is precious. We need to defend it and strengthen it, not undermine it, which is what the former government has done.”

– No resignation –
Morrison said he intended to represent his south Sydney constituency “to the best of my ability” until at least the next election in just under three years’ time.

A devout Christian, he has previously described his election as prime minister as a “miracle”.

In power, he was routinely accused of lacking honesty and transparency — an indictment that burst onto the global stage when French President Emmanuel Macron claimed he had lied over an abandoned submarine deal.

The former prime minister insists he gained “no personal advantage” from being sworn in to administer five portfolios and stressed that the arrangements were only to be used in an emergency, such as if a minister died during the pandemic.

Morrison said he only used the powers once, which was to override his resources minister and block a controversial offshore gas project — a move he conceded was separate from the pandemic.

“I’m very happy with that decision,” he said.

“And if people think I should have made a different decision and allowed that project to proceed… well, they can make that argument.”

His conservative coalition lost power in May elections, ending nearly a decade of centre-right rule in the country.

In Australia, elected politicians are selected by the prime minister before being sworn in by the governor-general in a formal ceremony that is usually publicly recorded.