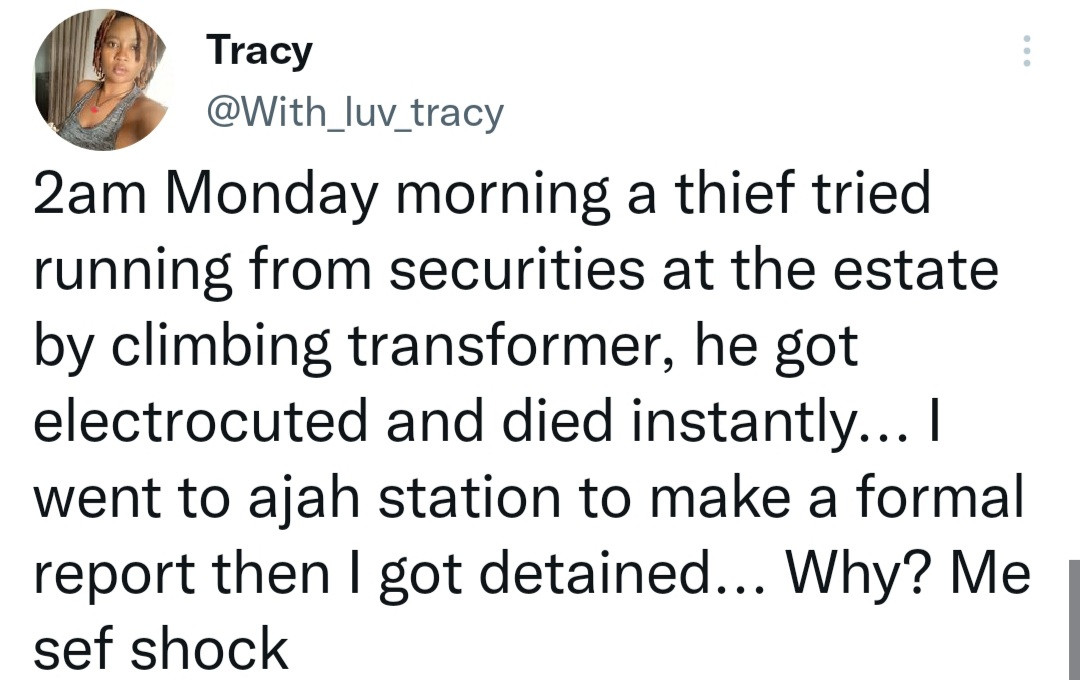 A facility manager in an estate in Lagos state has recounted how she was allegedly detained by the police in the Ajah area of the state on Monday, October 3 after she went to report the death of a thief who invaded her estate.

In a series of tweets, the lady with the handle @With_luv_tracy mentioned that the thief was electrocuted while trying to flee the estate after committing the crime. She said she was shocked when the officers arrested her, interrogated her and almost implied that the thief was killed and then his body positioned to seem as though he was electrocuted. She said she was made to paid to money to regain her freedom.

Read her tweets below 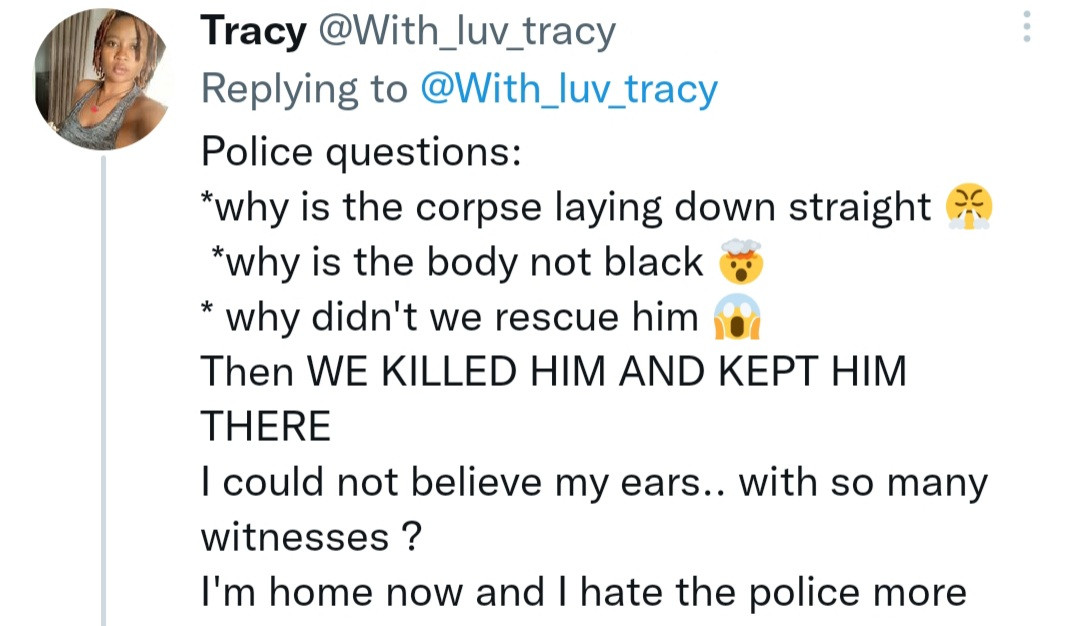