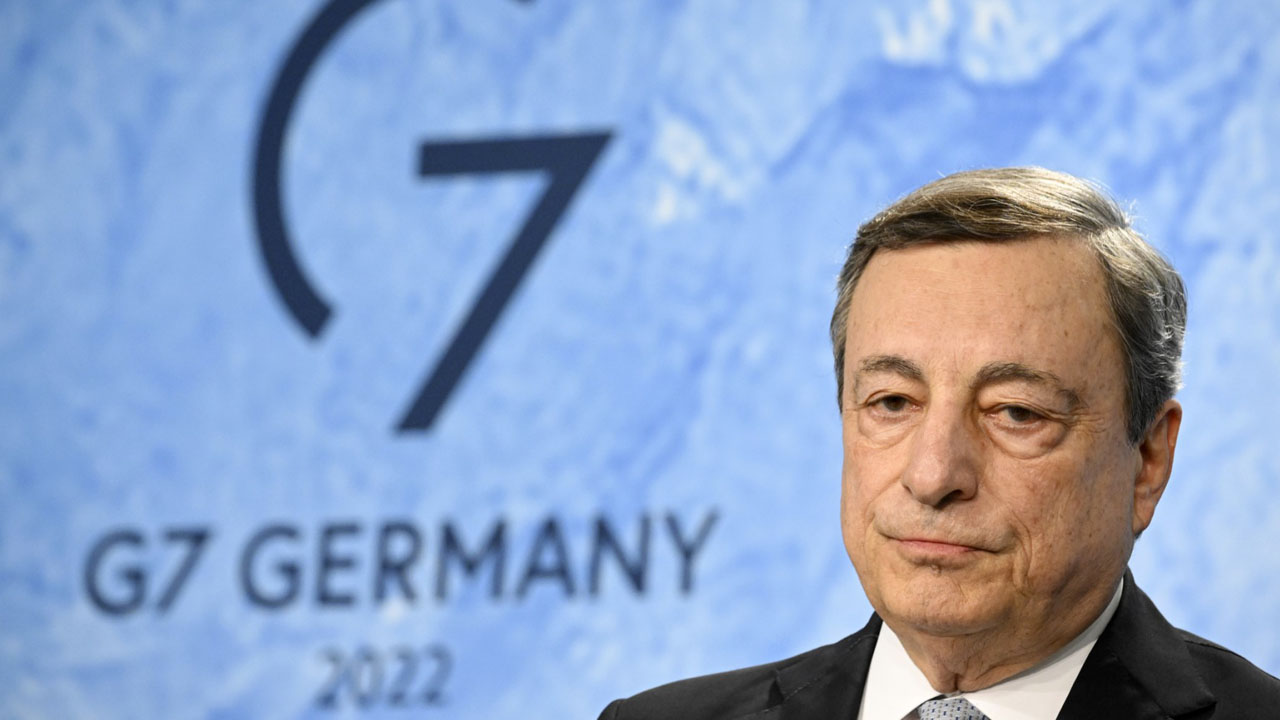 In a big case of Italian deja vu, political turmoil and the ECB’s rate hike have reignited fears of a debt crisis, with all eyes on borrowing costs once more.

When the European Central Bank cut off monetary support in June, the spread — the closely watched gap between German and Italian 10-year interest rates — jumped to 245 points, the highest in two years.

News that the ECB was planning a tool to fight elevated borrowing costs in the eurozone brought it down temporarily — but it rose again on Thursday as Italy’s Prime Minister Mario Draghi offered his resignation.

How is Italy looking?
Even without the political crisis, Italy is at risk over “the size of its debt, its low growth rate and its strong dependence on Russian gas,” Gilles Moec, AXA Group chief economist, told AFP.

Italy is shouldering a mammoth debt of over 2.7 trillion euros ($2.7 trillion), or some 150 percent of GDP — the highest in the eurozone after Greece — though the debt-GDP ratio is beginning to shrink.

Italy’s gross domestic product increased 6.6 percent in 2021, after a 2020 slump due to the coronavirus pandemic.

The Bank of Italy expects GDP to increase by 3.2 percent in 2022 — but that figure could drop to under 1.0 percent if Russian gas supplies are cut off over the war in Ukraine.

Enter the political crisis
Italy is counting on the European recovery plan to boost growth. It is the biggest beneficiary, set to receive 191.5 billion euros ($193 billion) if it ticks off a series of EU-requested reforms.

Draghi’s departure, however, would put those reforms at risk. And with his grand coalition in disarray, the chances the country will head to snap elections after the summer are high.

After “Super Mario” became prime minister back in February 2021, the 10-year borrowing rate fell below 0.5 percent.

It has now climbed to 3.4 percent.

“If the Draghi government falls tomorrow, I can’t imagine what will happen to the spread,” said Franco Pavoncello, professor of political science at John Cabot University in Rome.

A far right or populist win at the polls would weigh significantly on the spread, just as it did in 2018, when Matteo Salvini’s anti-immigrant League joined forces with the once anti-establishment Five Star Movement.

ECB to the rescue
Moec points out that “it was the pressure on Italy that convinced the ECB to bring in” a tool to limit differences in the borrowing costs faced by the most fragile members of the currency club.

The aim is to counter speculation and prevent a return of the debt crisis that shook the eurozone in 2012.

Unicredit chief economist Erik Nielsen said the sudden rise in rates in June — when the ECB cut off monetary support — was pure speculation, “without reflecting a real insolvency problem”.

“Italy is seen as the most vulnerable country, so it is the one that is being speculated against”.

But a far-right government in Italy would complicate matters: the so-called “frugal” countries in northern Europe in particular are not keen on ECB support being given to eurosceptic countries.

Back to 2012 crisis?
Will rising rates derail public finances? “No, because interest rates would have to rise very sharply and durably for us to begin to observe solvency problems,” Natixis economist Jesus Castillo told AFP.

Especially since Italy’s bonds last on average over seven years, which means the rise in rates will not immediately be reflected in the debt.