A man took to Twitter to cry out for help as he accused the Nigerian police of detaining him and his brother when they visited the station to report their father for allegedly abusing their mother.

Oladimeji, whose Twitter bio says is a forensic biologist, said his mother has been a victim of domestic violence for 32 years.

He said he reported the case to Ogun welfare and they invited his father for a talk but he refused to honor the invitation.

As he and his younger brother visited the Ifo police station to report his father, he claims the DPO asked officers to detain him and his brother.

“Please help, I’m about to be detained with my brother,” he wrote last night.

Nigerians intervened and the man got released with his brother eventually.

Read his story below starting from to bottom to the top. 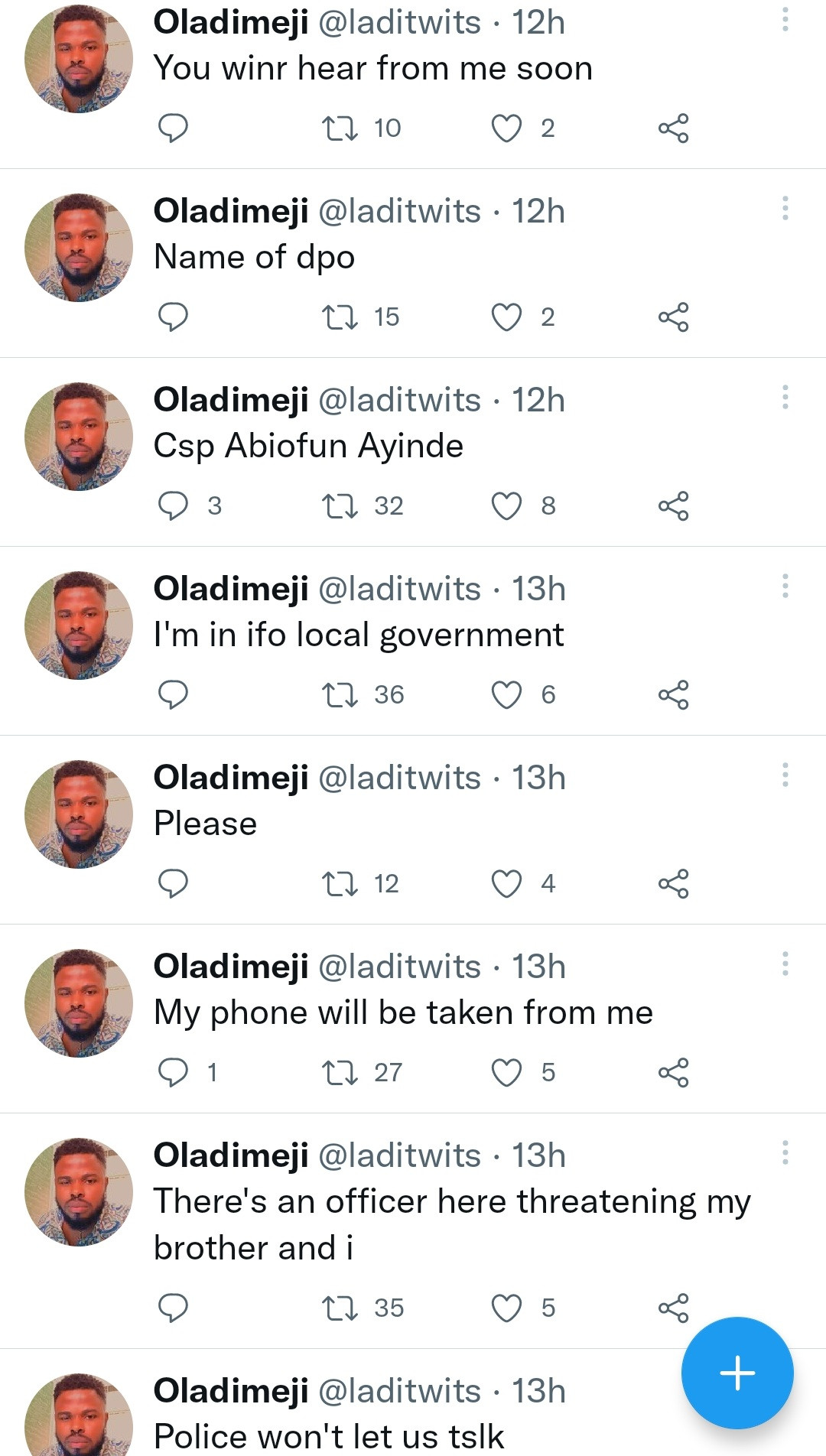 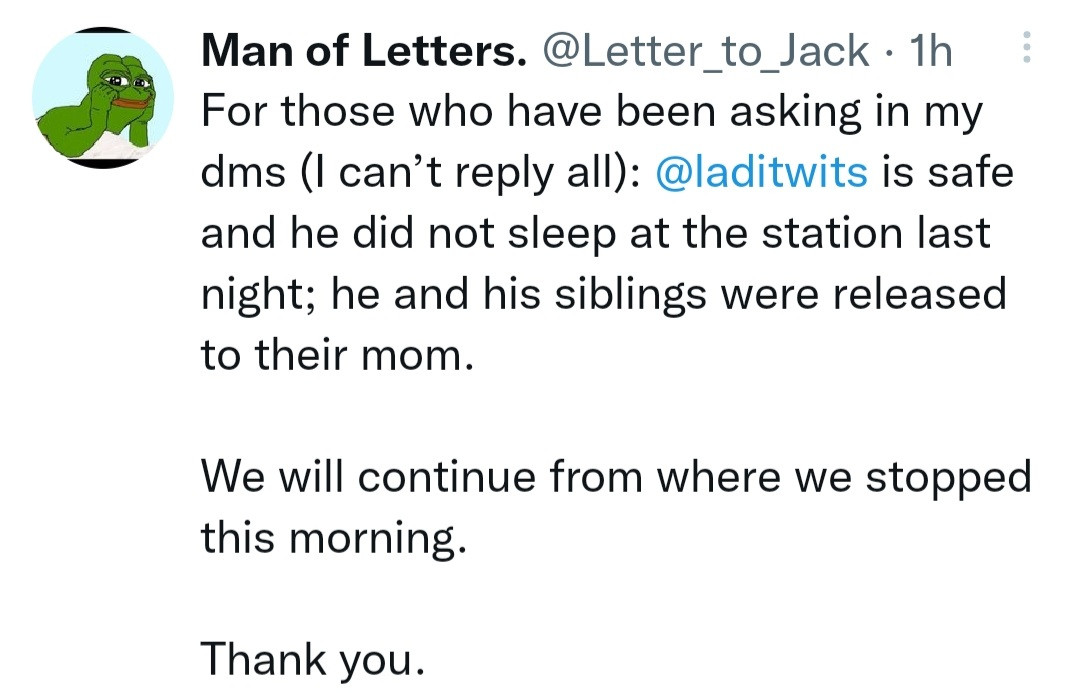 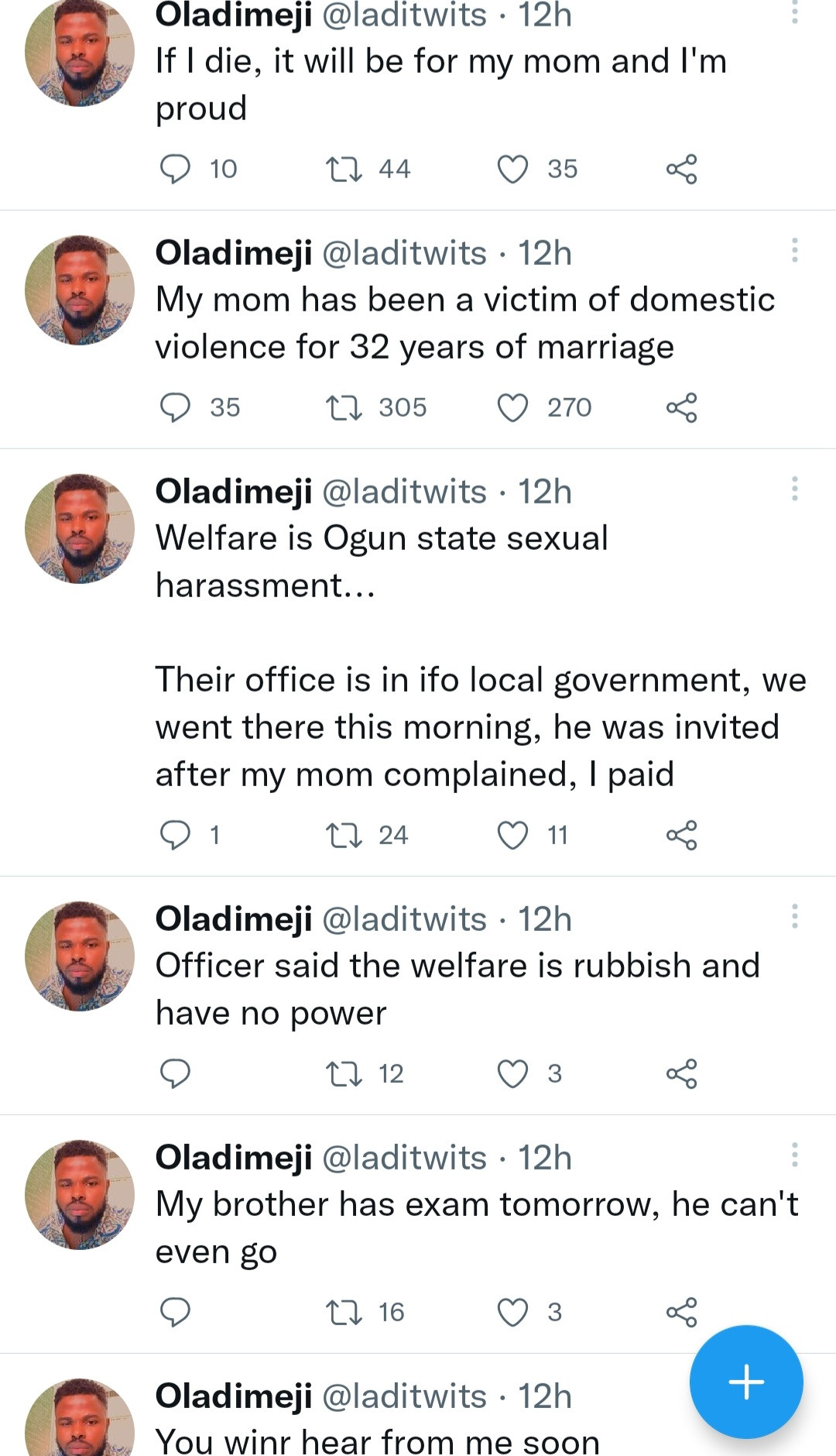 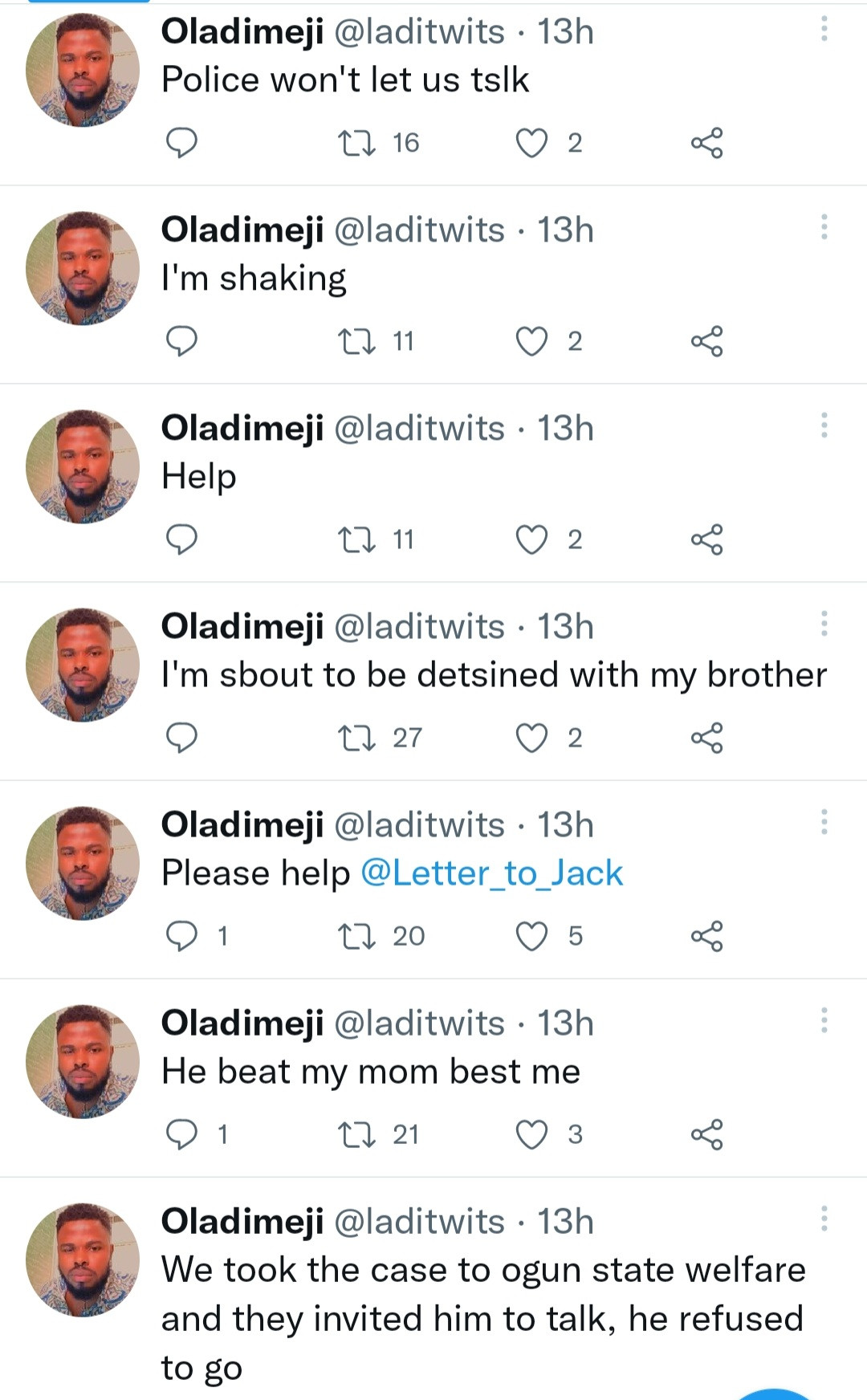