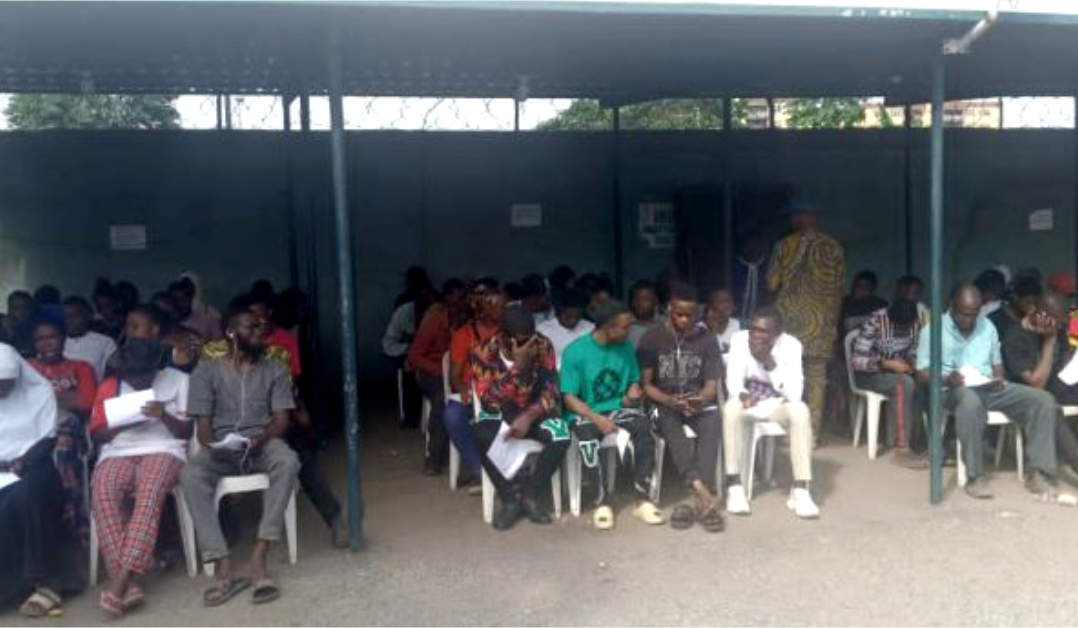 Scores of applicants seeking to register for the Permanent Voter Cards (PVCs) on Sunday besieged INEC headquarters in Lagos in the last minute rush to beat the July 31 deadline.

INEC Continuous Voter Registration (CVR) which started on June 28, 2021 was initially billed to end on June 30 before it was extended to July 31.

Many applicants were still struggling to get registered to vote in the forthcoming 2023 elections, NAN reported.

Many applicants defied all odds and continued to wait till night to get registered.

Speaking to reporters, Sandra Ifeanyi, one of the last minute applicants who just got registered, said she was able to register after much struggle for about six hours.

Ms Ifeanyi said: “I came here at 6.00 a.m. I thank God that I finally got registered to have my PVCs. It has been a long day for me.”

Also, Kanu Nekowa, an applicant who was still struggling to register, said that the last minute rush was because many people got to know late that their votes would count.

Mr Nekowa said,” Many of us didn’t believe in the system before, that is the reason why many people didn’t want to come out at first.”

Speaking on the crowd, Muyiwa Yusuf, INEC Head of ICT Department, who is in charge of the enrollment machines, told reporters that the commission would do its best to capture as many as possible.

Mr Yusuf said that the commission was attending to applicants with 10 enrollment machines at the headquarters and had attended to more than 300 as of noon.

According to him, those who have issues with transfer of registration, replacement of lost or defaced PVCs were being handled under canopy by staff while some other INEC officials were also using phones to address some of those issues.

He said that those who wanted to register newly or had issue with their finger prints in past elections were separated from others to be attended to in the enrollment centre, to make the exercise smooth and seamless.

Yusuf said that the commission would attend to all applicants that had been given a tally number since morning.

As at the time of filling these reports at 7:00 p.m., many of the applicants were still waiting to be attended to.

In Lagos State as at July 18, those who registered online were 640,560 but many of them had not completed their registration, while those who completed the exercise were 451,156, according to INEC.