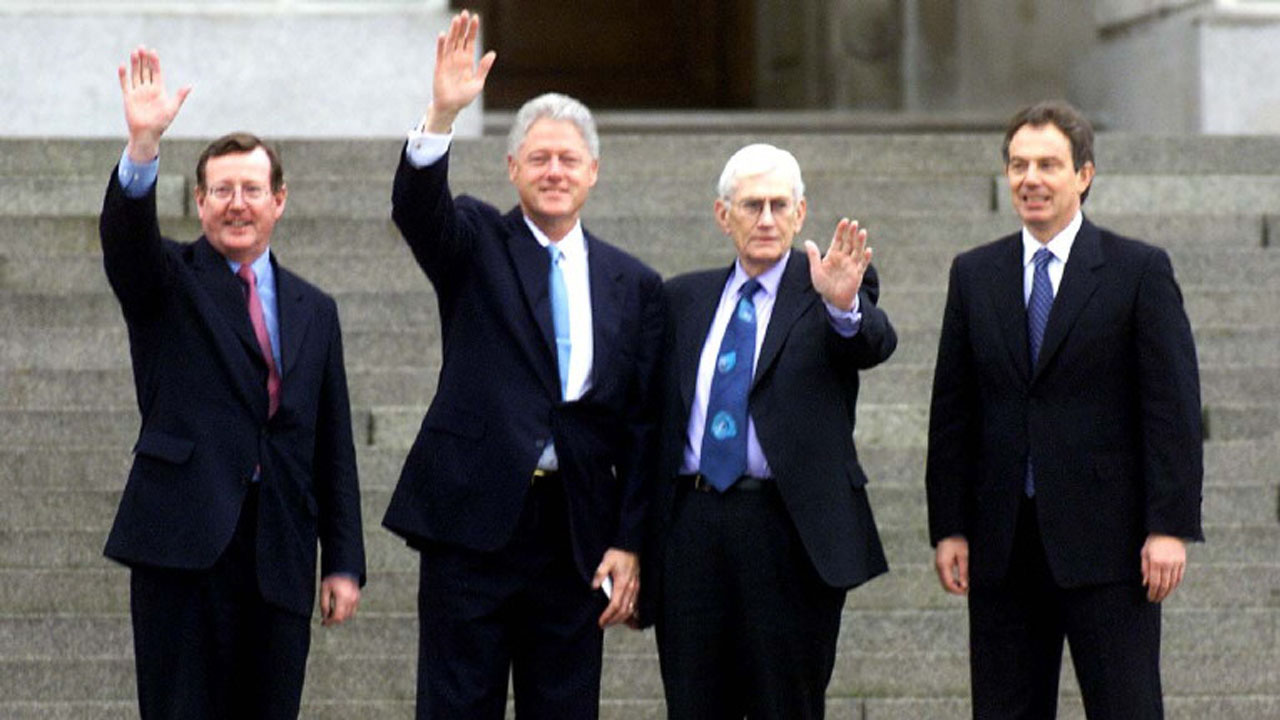 Trimble, who won a Nobel peace prize for his role in the landmark 1998 peace deal that helped end three decades of conflict, died Monday aged 77.

Northern Ireland is again enduring political tension. Its Stormont assembly was meant to reconvene Tuesday to try to overcome weeks of paralysis following the elections, but that was postponed after Trimble’s death.

Former UK prime minister Blair, whose government brokered the peace deal along with Ireland and the United States, said the peace could not have been achieved without Trimble’s “masterclass of leadership”.

“The hardest thing in leadership is to say no to your own supporters. He did it and he carried it. He paid a political price, but he never complained,” Blair added.

Former US president Clinton said Trimble was “a leader of courage, vision”.

“His legacy will endure in all who are living better lives because of him today,” Clinton said in a statement late Monday.

Trimble’s death following a short illness was announced by his Ulster Unionist Party (UUP) on Monday.

No further details were given about the death of a politician who, despite his staunch pro-UK convictions, worked with Irish nationalists to end the three decades of bloodshed known as the “Troubles”.

Irish premier Micheal Martin hailed the Nobel laureate as “someone who played a crucial and courageous role in bringing peace to Northern Ireland”.

Fresh troubles
Sinn Fein’s Michelle O’Neill, in line to be Northern Ireland’s next first minister after her nationalist party swept to a historic victory in the May elections, lauded Trimble’s “very significant contribution to the peace process”.

O’Neill’s accession is being held up by the now-dominant pro-UK force, the Democratic Unionist Party (DUP), which is refusing to serve with Sinn Fein in the power-sharing executive until London rips up a post-Brexit trading pact with the European Union.

The UK government is pushing through legislation to unilaterally rewrite the so-called Northern Ireland Protocol, sparking legal action by the EU.

But the DUP has still refused to enter the power-sharing government.

UUP leader Doug Beattie urged the DUP and Sinn Fein to “show that very same courage that happened in 1998” in order to restore the Belfast executive and protect peace.

The UUP also opposes the protocol. But at his final public appearance at the end of June, Trimble said the cornerstone of peace remained in place.

“People are actually not throwing the (Good Friday) agreement to pieces, their complaints are still based on the existence of the agreement,” Trimble said at the unveiling of a portrait of him.

The 1998 Good Friday accord largely ended 30 years of conflict in Northern Ireland that killed 3,500 people.

However, the UUP’s popularity waned amid unionist loathing of elements of the 1998 accord, which were seen as too accommodating to republicans.