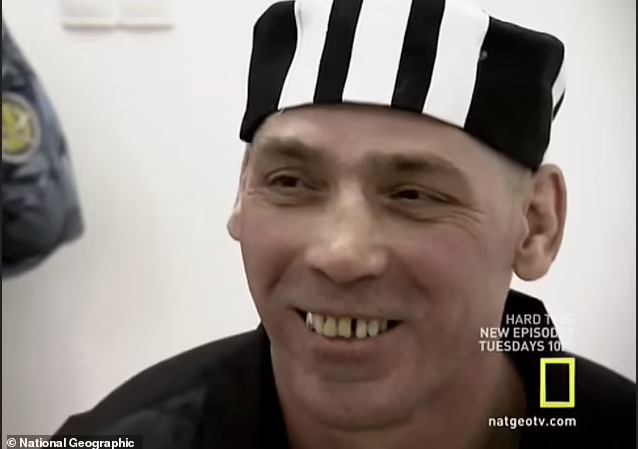 A convicted killer has spoken about how he ate human flesh for the first time after killing and dismembering a man.

Vladimir Nikolayevich Nikolayev, 63, also known as ‘Vladimir the Cannibal’ was convicted of killing two men in Novocheboksarsk in 1997. He was sentenced to death but had it commuted to life behind bars after Russia abolished the death penalty in 1999.

Nikolayev, who is living out his remaining days at the notorious K-6 Black Dolphin Prison near the border with Kazakhstan, a Russian penal colony

He was filmed for a National Geographic documentary entitled ‘Inside Russia’s Toughest Prison’, in which he opened up about the first time he ate human flesh of a man he had killed. 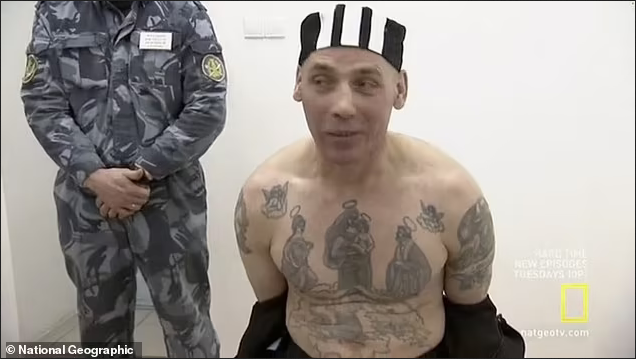 ‘I was coming home from a party a little drunk. And next to the door of my building another guy, also drunk, asked me for a light,’ Nikolayev recounted.

‘We started arguing and got into a fight. He hit me, and I hit him, and it turned out he died.’

He assured the filmmakers that he had had no intention of eating his victim when he murdered him, and the idea only occurred to him as he was dismembering his body and handling the flesh.

‘What was I to do?’ he continued. ‘I dragged him to the bathroom, undressed him, and started cutting him apart.’

It was only after taking off the man’s head and limbs that he realised there was nothing stopping his curiosity to eat this man.

‘All of a sudden something struck me and I thought I would try him.’

I cut off a piece of meat from his thigh and boiled it,’ he said. ‘I tried it, didn’t like it, so I chopped it up and fried it in a frying pan.’

In the interview,  Nikolayev disclosed that he gave some of the human flesh to an acquaintance who took it home to his wife and child.

He said: ‘He took it home and gave it to his wife. She made dumplings with it, she had some herself and fed some to her children. They didn’t know what it was.’ 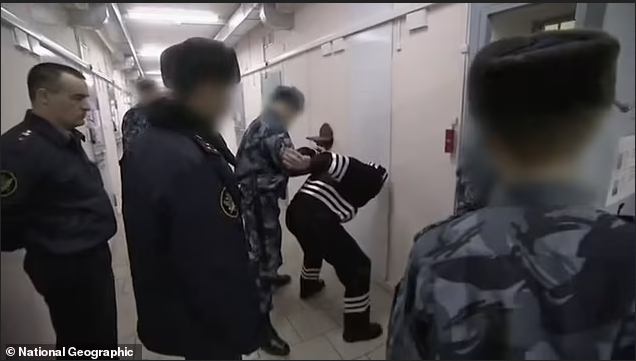 ‘I said it was kangaroo,’ Nikolayev said with a smirk. ‘We don’t have kangaroos around here. They didn’t know what it was.’

Nikolayev was accused of selling around 5kg of human flesh at an open market, claiming it was kangaroo meat.

He was eventually caught after a woman noted the unusual taste and took it to a doctor for examination, where it was discovered to contain human blood.

After making the grim discovery, the doctor contacted the police and was arrested shortly after at his home.

Nikolayev will live out his remaining days in the notorious penal colony on a diet of mostly soup and bread.

At Black Dolphin, prisoners are kept bent over at the waist while a guard holds their handcuffed hands behind their back, higher than the hips.

This position keeps the prisoner most helpless, unable to observe his surroundings nor attack anyone else.