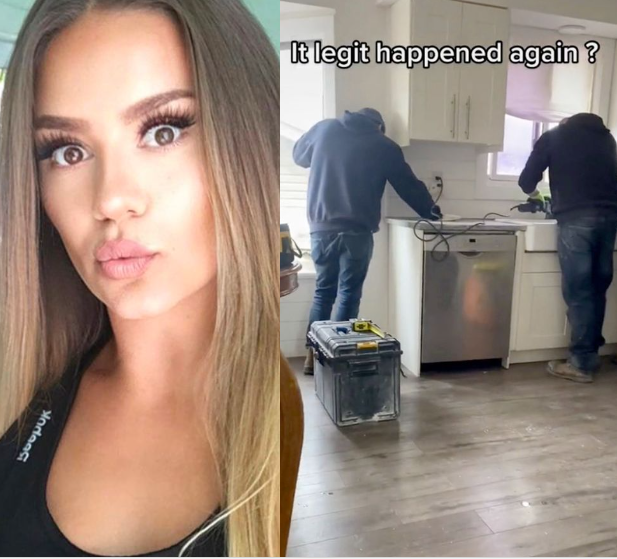 A woman was shocked when she came home to find a group of builders doing renovations in her kitchen despite having none planned.

Chloe Fountain had a similar incident last year when builders showed up in her garden to carry out work.

The same mistake was repeated recently when she got home to find workers in her kitchen.

She took to TikTok to share the latest incident, writing: “Why does it keep happening? Workers came to the wrong house again.” 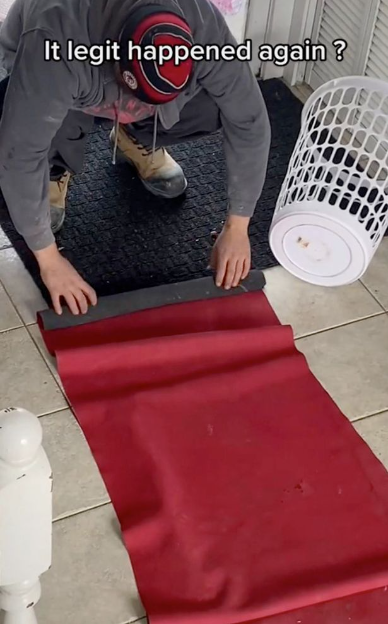 In a video shared on TikTok, Chloe is seen entering her house and immediately notices there are others in there so she starts filming.

She looks around and finds four builders in her kitchen drilling on the kitchen worktops. 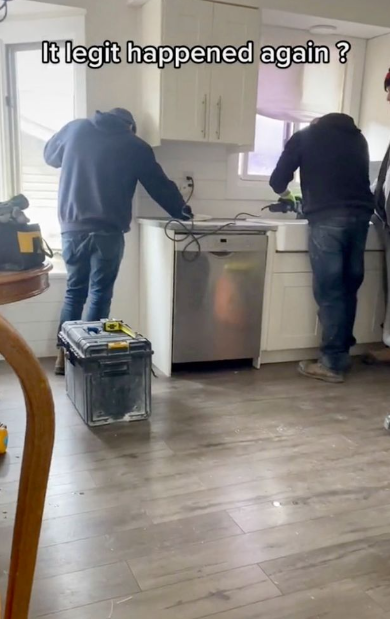 “Yo you’ve got the wrong house!” she yells but they can’t hear over the loud drilling noise.

She then tells her TikTok followers: “One of the guys is now talking to his boss. I guess now I have f***ing granite (in my kitchen).”

After the mistake, she revealed the builders made her pay for the unplanned renovation.

She wrote: “They gave me a bill, I’m not going to show you and I paid for it. I love it, thanks! Love mistakes.”

Viewers accused Chloe of planning the renovations while claiming it was a mistake. They suggested that the builders wouldn’t have managed to make the changes because of the layouts in different homes. 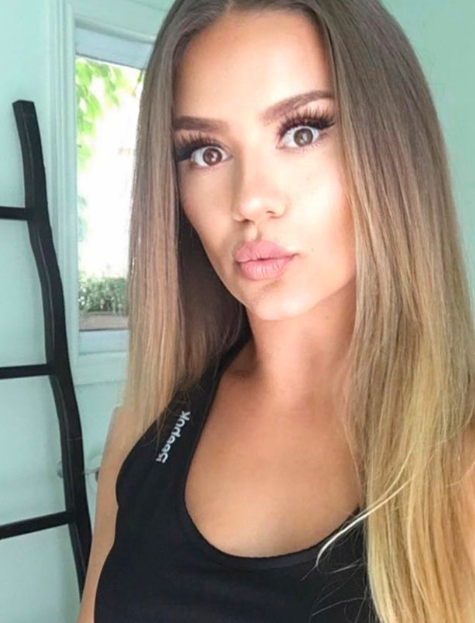 However, Chloe debunked the rumours and told Daily Star: “They put granite in my kitchen. So where I live, the homes are all ‘cookie cutters’, they’re all the exact same layout.

“I was out grocery shopping and I don’t lock my door. I live in a little town bordering Detroit, super safe.”