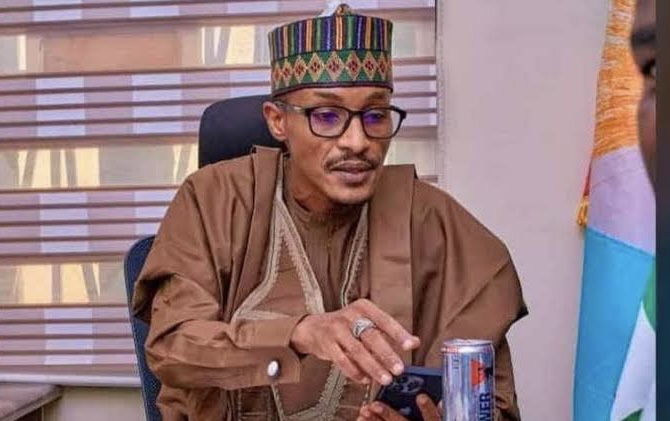 Fatuhu Muhammad, a nephew to President Muhammadu Buhari, on Monday, said he dumped the All Progressives Congress (APC) because his father was insulted.

Mr Muhammad, who represents Daura/Mai’Adua/ Sandamu Federal Constituency of Kastina in the Federal House of Representatives, announced his exit from the APC in a letter which went viral on Sunday evening.

The letter, seen by Peoples Gazette, was addressed to the ward Chairman of Sarakin Yera A Ward, in Daura, President Buhari’s hometown.

Dated July 13, 2022, the letter was shared by his legislative aide, Ahmed Ganga, on social media, a month after.

The letter read in part, “This is to notify you that I have resigned my membership from the All Progressive Congress (APC) with immediate effect commencing from Wednesday 13th day of July 2022.”

Mr Muhammad had, in July, lost his re-election bid to the National Assembly to his rival, Aminu Jemo.

Speaking on his exit from the governing APC, Mr Muhammad said he left the party because Mr Jemo abused his father.

He revealed how received an audio recording where Mr Jemo (who is now the APC candidate) called his father by name.

“Alhaji Mamman Dan Baffallo and President Buhari are of the same father and mother.

“Out of the 26 children born by their father, they are the only males that are from the same father and mother. So, abusing my father is abusing the president.

“So, I said since the issue has gone beyond politics to denigrating the dignity of my parents, I cannot take it any longer, and it is not binding on me to stay in the party, so I decided to leave,” Mr Muhammad added.

Although, he is yet to announce his next political move.

A few months ago, Mr Muhammad threatened to destroy the APC after he accused the party leadership of cheating him at the primary.