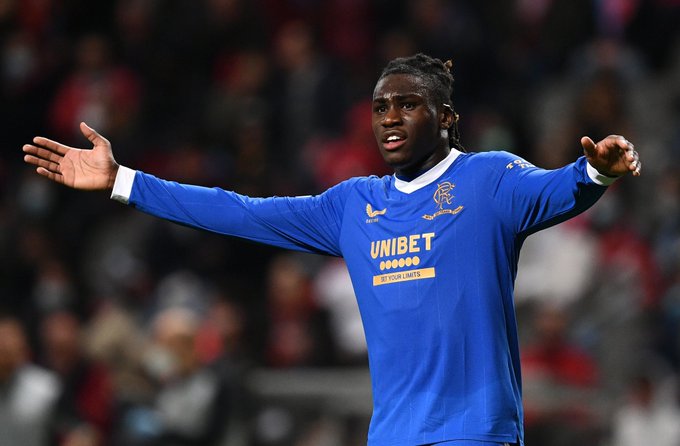 Super Eagles defence ace Calvin Bassey accompanied by his agents has arrived Amsterdam to complete his record transfer to Ajax.

The 22-year-old Rangers defender will undergo a routine medical after which he will sign for the Dutch giants.

It is understood that Ajax have now upped their offer for the left back or central defender to 22 Million Euros plus five Million Euros in add-ons.

This will make him the expensive transfer from Rangers.

He will sign a five-year contract with an option for a further season.

That means his initial deal will run till June 2026.

More: contract will be valid until June 2026 with an option for further season.

The Nigerian international is a direct replacement for Lisandro Martinez, who has signed for Manchester United for more than 55 Million Euros.