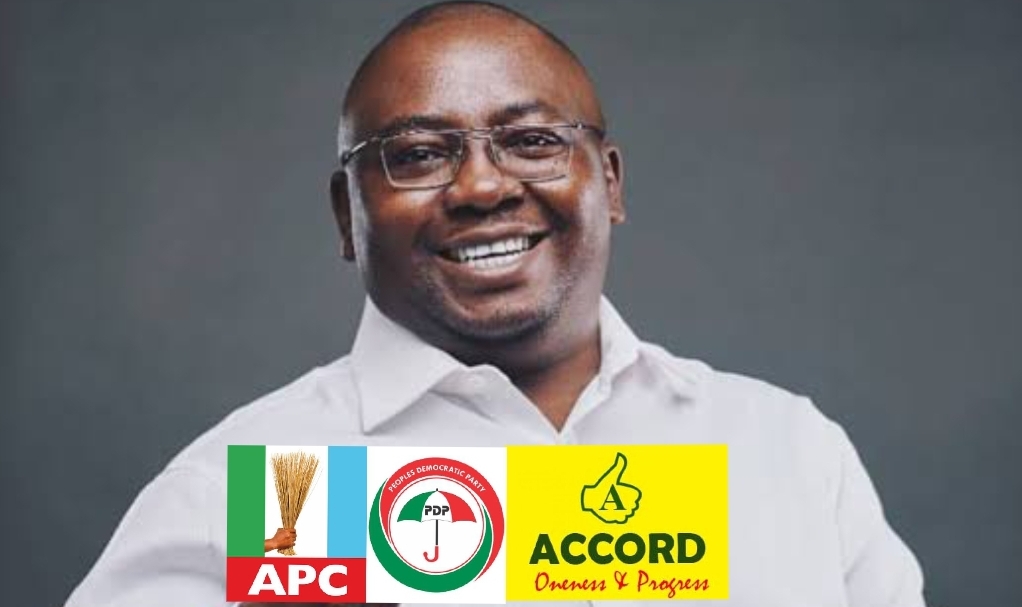 On Monday, the governorship ambition of Adebayo Adelabu of the Accord Party received a major boost as Adegboyega Adegoke, a chieftain of the All Progressives Congress (APC), and Fatai Adesina of the Peoples Democratic Party (PDP) joined forces with him.

Mr Adelabu’s media aide, Femi Awogboro, said in a statement in Ibadan that the two political bigwigs decided to join Accord to actualise the governorship ambition of Mr Adelabu.

Mr Adegoke was an APC senatorial aspirant for Oyo South, while Mr Adeshina was a former member of the state’s house of assembly.

“Yes, it’s homecoming for both of them. Adegoke, the Aare-Onibon Balogun of Ibadanland and chairman of Solution FM, contested the primaries for Oyo South senatorial district in APC. Adesina was elected as an assembly member on the platform of the Accord Party in 2015,” said Mr Awogboro.

He added, “Chief Adelabu’s campaign team is strategically moving. The support we are receiving, especially in the last few weeks, is an indication that Accord is the credible alternative party to move the state forward from 2023.”

Mr Awogboro further explained that the party had attracted people with a passion for the economic and infrastructure development of the state and that Accord would welcome more bigwigs from APC and PDP in the coming months to enthrone good governance in Oyo.

Mr Adegoke said Mr Adelabu, “who has all his investments in the state,” would perform “excellently better than any of the governorship candidates.”

He added, “It’s common sense for me to be in support of his ambition without looking back. Adelabu is someone who has a passion for infrastructure development and industrialisation of Oyo state.”

Mr Adeshina said he reunited with Accord and Mr Adelabu for the state’s progress.