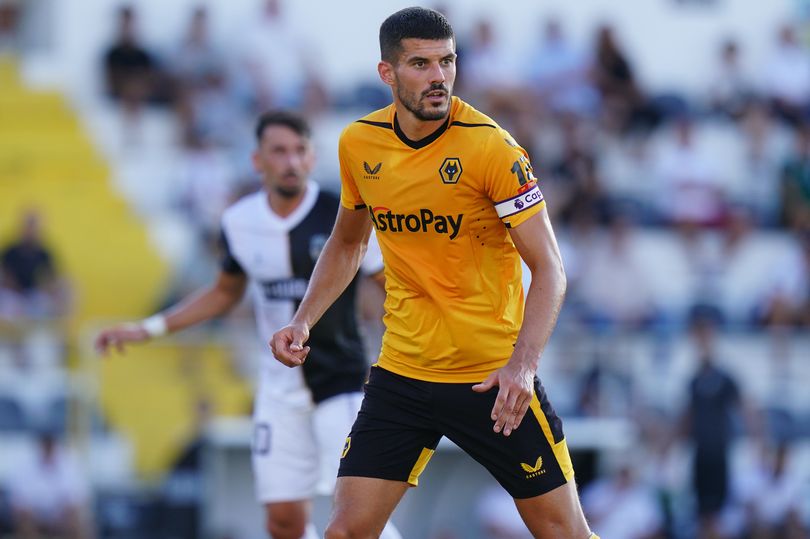 Everton have made an approach for Wolves centre-back Conor Coady, with Toffees boss Frank Lampard reportedly an admirer of the England international.

Having only narrowly avoided relegation at the end of last season, Everton have so far brought in James Tarkowski and Dwight McNeil from Burnley, who failed to avoid the drop, as well as former Wolves left-back Ruben Vinagre on loan from Sporting CP.

Coady spent nine years at Liverpool from the age of 12, making two appearances for the first-team before joining Huddersfield in 2014 and arriving at Wolves a year later.

The 29-year-old has been a key part of Wolves’ rise from the Championship into an established Premier League side and has been regularly called up by England boss Gareth Southgate since 2020.

According to 90min Wolves would like to keep Coady but also will not stand in his way should he wish to leave Molineux.

“I think you know the answer,” Lampard said when asked about Coady at Thursday’s press conference. “You’ve got to ask the question, but it’s only right and respectful not to answer on individuals.

“I think a lot of clubs will be making moves in the first few weeks of the season. I don’t agree with it, but it is what it is. Some clubs probably keep their cards close to their chest because of that. We know where we want to get to, but it’s better to keep that private at this point.”

Wolves finished 10th in the Premier League last season and a defence led by Coady conceded fewer goals than five other teams in the top half of the table, including Arsenal and Manchester United.