Nollywood Actor, Gideon Okeke has said that men deserve accolades for owning phones and staying sane with the level of ‘free’ nudity on display on social media.

The actor who stated that men are the victims, added that it’s crazy keeping up even though some men step out and come back unsullied. 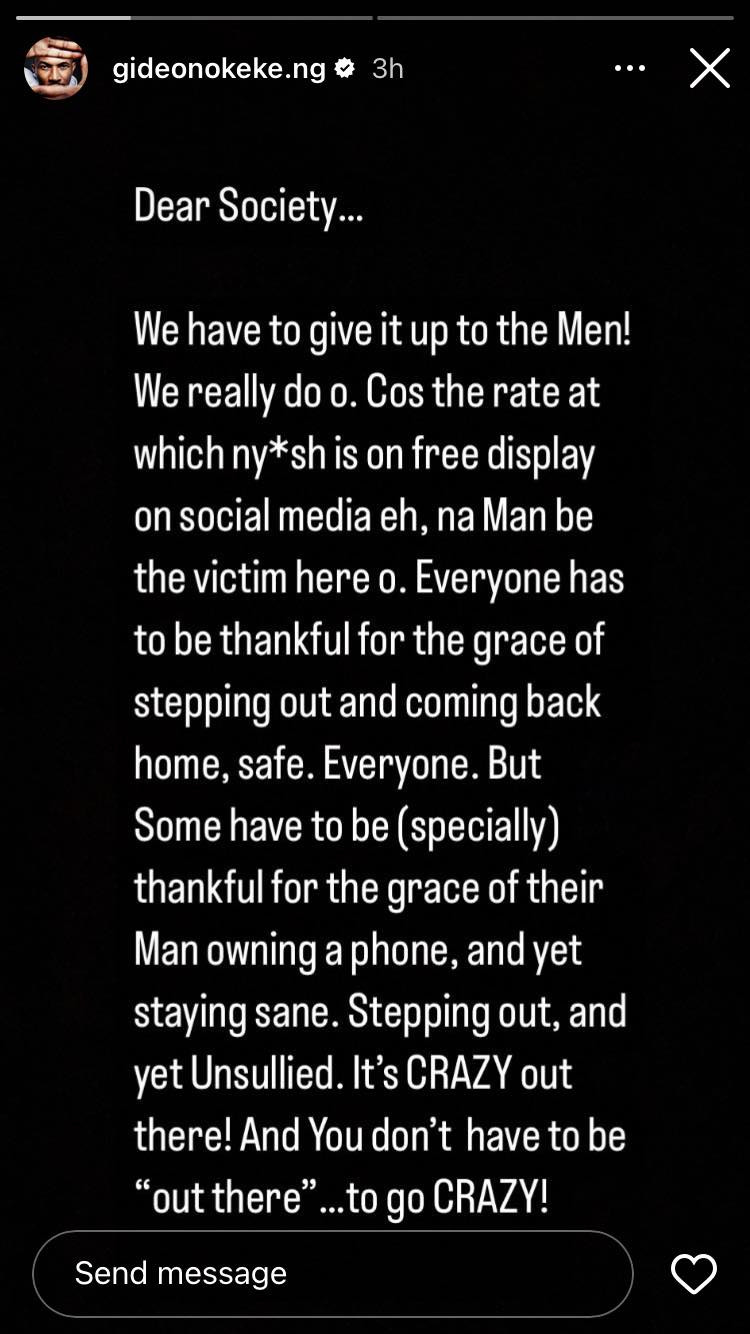 “If you are so proud of polygamy, why didn’t you carry your other wives to your campaign”- Uche Maduagwu Slams Ned Nwoko