on December 5th, 2022 that DJ Cuppy shares new loved-up photos and videos with her fiancee as they stepped out together and that was just the beginning

30-year-old DJ Cuppy gets engaged to Ryan Taylor, a boxer and Youtuber on Saturday, November 19th as she accepts proposal from him and they hug passionatel 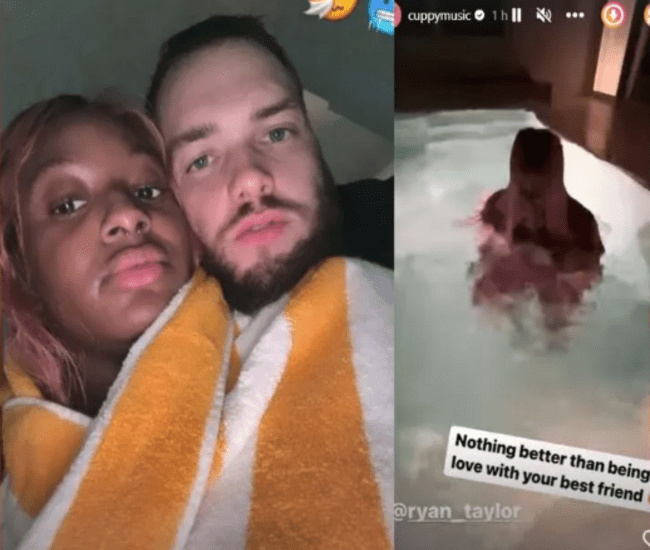 Singer and disc jockey, Florence Otedola, aka DJ Cuppy, and her lover, Ryan Taylor, are the latest celebrity couples that social media users can’t seem to get enough of.
Just recently, Cuppy whet the appetite of her online fans and followers again after sharing a video from a hangout with her man.
Apparently, the two had romantic date, and they made sure to have the best time of their lives in the full glare of their privacy.
In the clips, Taylor and Cuppy were completely taken by each other as they jumped in a pool together with their clothes and shoes on.
The British Boxer suprised her with romantic room decorations.
In her Instagram post, Cuppy captioned the video:

“Nothing better than being in love with your best friend

I haven’t been this happy in a very long time”

DJ Cuppy recently trended on social media  over a video which showed the moment British Boxer, Ryan, proposed to her.
The video caught many Nigerians unaware as Cuppy, who recently marked her 30th birthday, had never made a post about her man.
Many fans and followers reacted to an old video of Ryan Taylor performing a stunt in Lagos with a bicycle in 2021 as they referred to him as their in-law.