Chinenye during a Facebook live session with fans quashed claims of a dispute between her and her mom
According to her, she recently got admission into the university and would be going off social media and off-screen for a while in a bid to concentrate on her studies 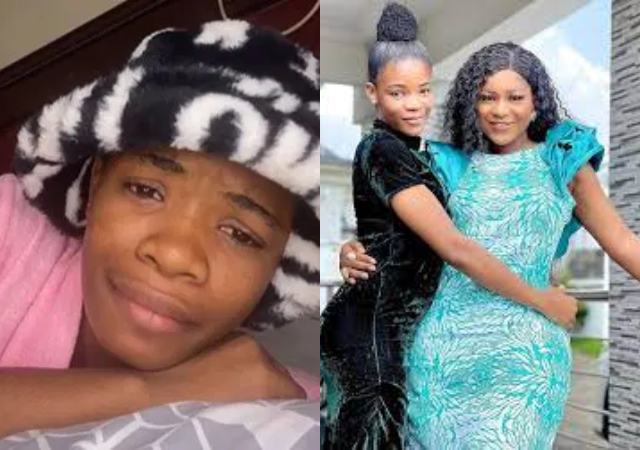 Chinenye Eucharia, the adopted daughter of Nollywood actress, Destiny Etiko, has broken silence following rumours that she and the actress are at loggerheads.
The fast-rising actress cleared the air during a Facebook live session with her fans, and debunked all rumors of a dispute between herself and the actress.
According to her, she recently got admission into the university and would be going off social media.
She also revealed that she decided to put her acting career on hold for a while in other for her concentrate on her studies.
She added that she may be back on-screen in her 200L or 300L after establishing an ample foothold in school.
Watch the video below: