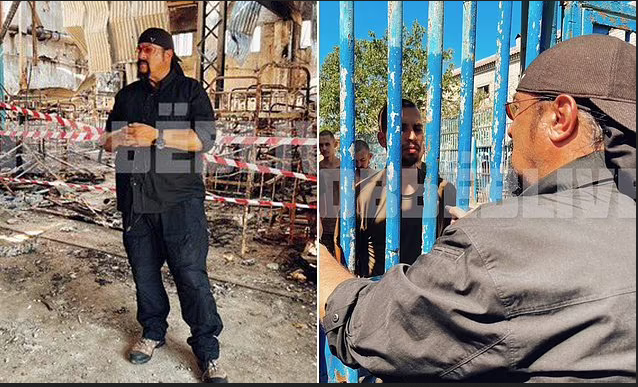 Seagal, who is a close pal of the Russian president is seen speaking to Ukrainian prisoners through metal bars. He was also pictured inside the wrecked prison, sitting down on a bench examining some shrapnel. 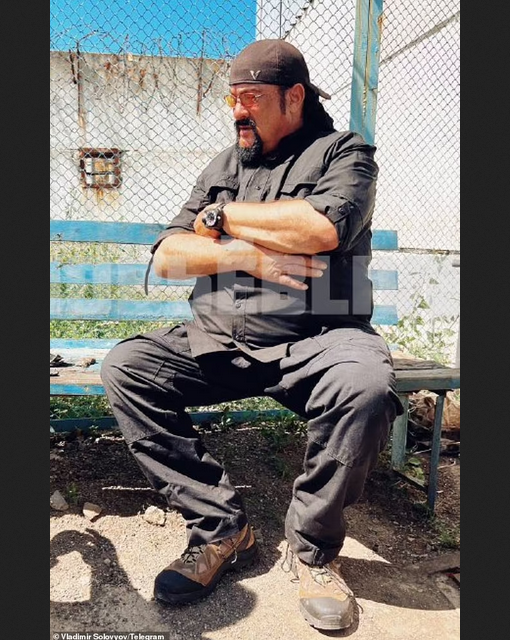 In 2017, Seagal was banned from entering Ukraine for five years after President Putin gave him citizenship and personally handed him his Russian passport in 2016 after he showed support for Russia’s annexation of Crimea.

The Ukrainian security service said Seagal was barred from the country because he was a person ‘committed socially dangerous actions … that contradict the interests of maintaining Ukraine’s security.’ 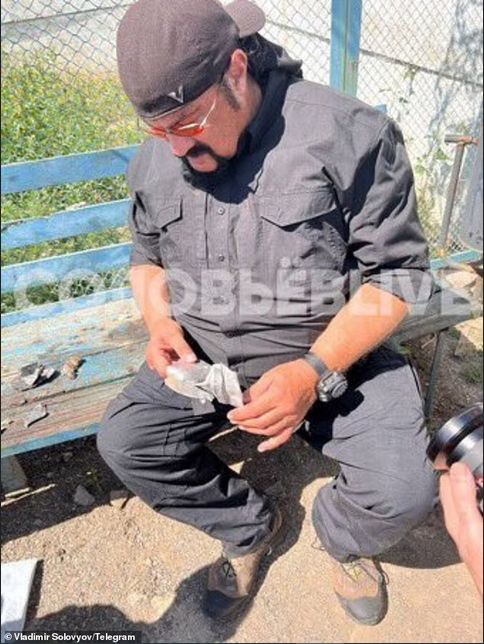 Seagal, who is a well-known supporter of Putin, has served Russia’s foreign ministry as ‘special representative’ since 2018 and is a citizen of Russia, the US and Serbia. 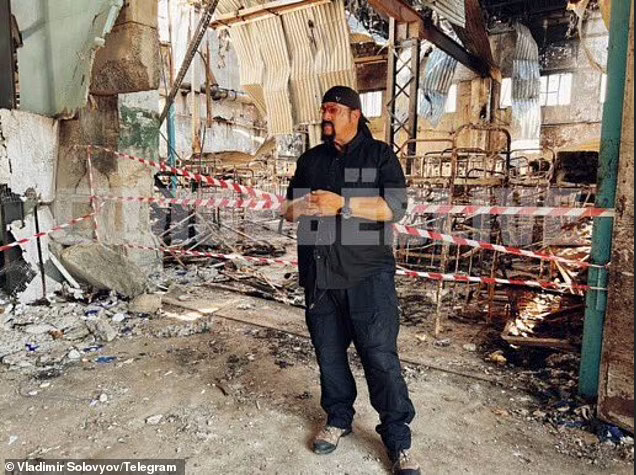 In February, Seagal told Fox News ‘most of us have friends and family in Russia and Ukraine.’

‘I look at both as one family and really believe it is an outside entity spending huge sums of money on propaganda to provoke the two countries to be at odds with each other,’ he said.

I miss your killer figure, but I love your personality – Vera Sidika’s husband Brown Mauzo writes after she underwent surgery to reduce the size of her backside

If he cheats with you, he will cheat on you – Clergyman Kingsley Okonkwo tells ladies

‘Everyone who has receipts is dead’ – Rapper, Mase responds after Diddy called him a ‘fake pastor’ and claimed he owes him $3 Million