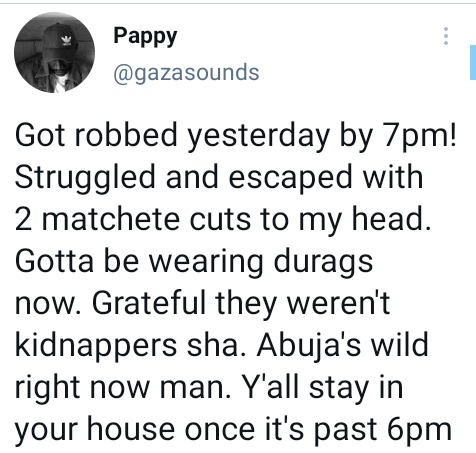 A Twitter user on Thursday, narrated how he was attacked by machete-wielding robbers in Abuja.

According to Pappy, the incident happened at Galadima roundabout on Wednesday night, August 3, 2022.

He said the assailants attacked him with machetes after he resisted their attempt to dispossess him of his Android phone.

“Don’t feel it can’t be you ohh. Eh dey like film till I started seeing blood gush out like a tap from my head. That’s when I knew this is really happening man,” he narrated.

“These guys would have killed me for an Android phone with a broken screen.” he added.

Commenting on the incident, media personality, Japheth Omojuwa said the area is notorious.

“This area is quite notorious. It’s just shocking how these hot spots are known by the authorities yet nothing happens.” he said. 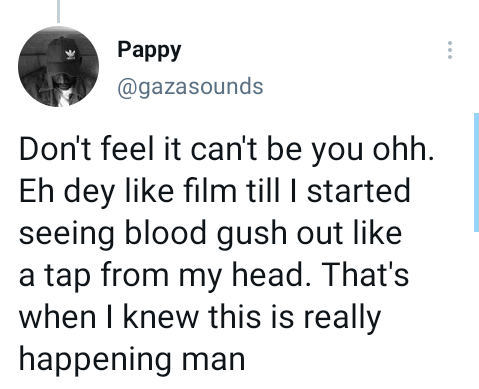 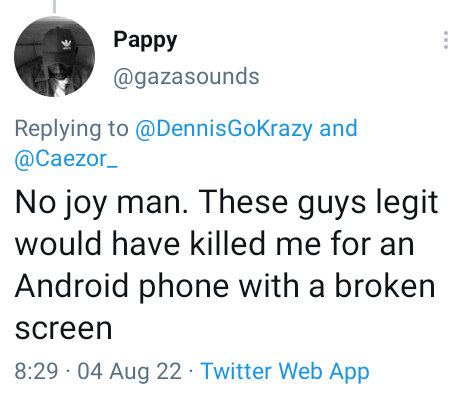 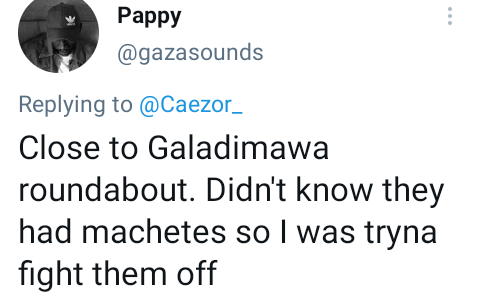 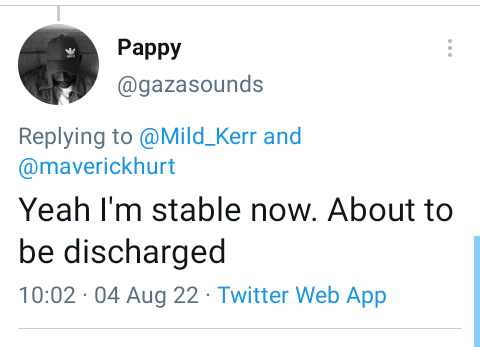 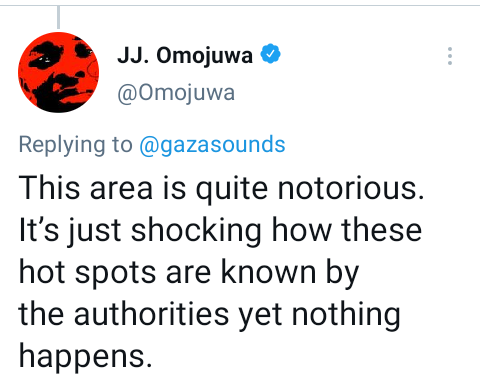