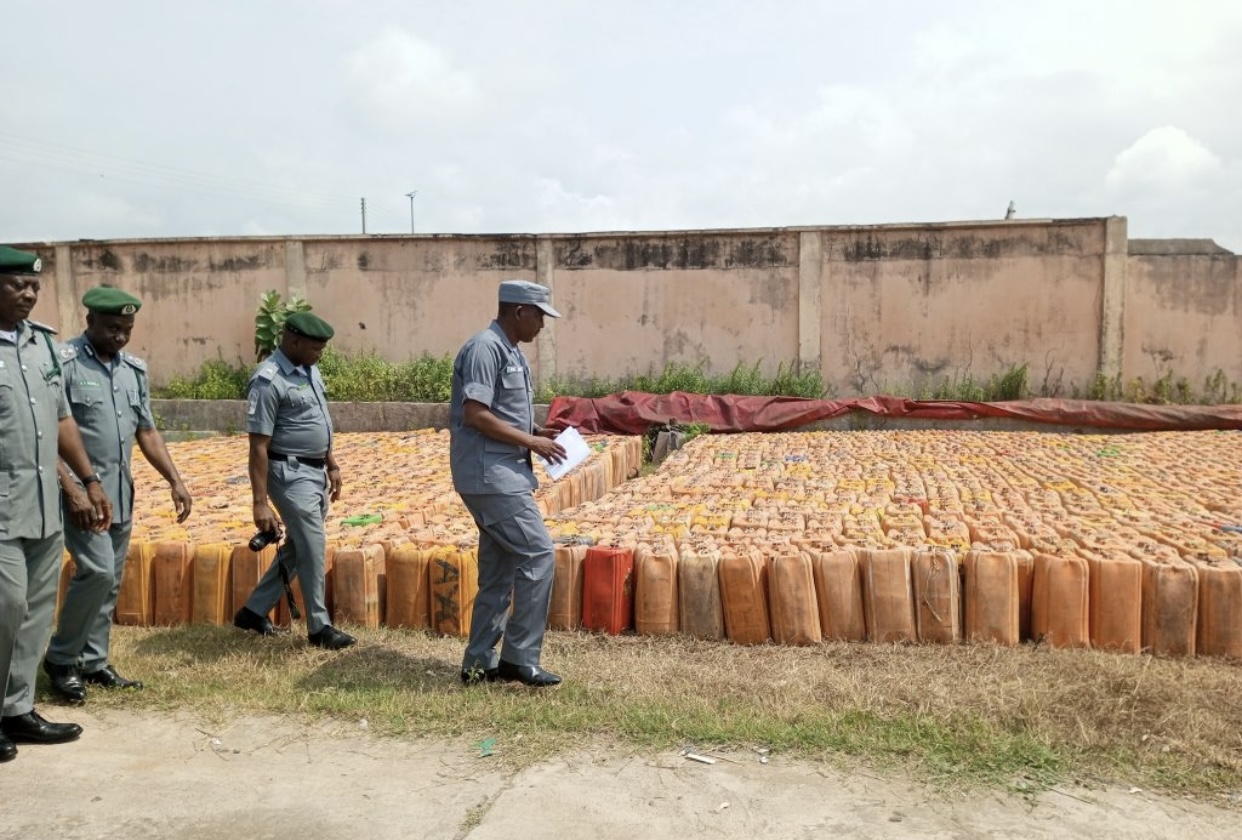 Seme Command of the Nigeria Customs Service (NCS) says it intercepted 119,940 litres of petrol at the Badagry border creeks.

Mr Jibo said the seizure was made through continuous surveillance and offensive patrol by the officers and men of the command along the creeks and beaches.

He said the command, on August 15, received a tip-off that there were large quantities of petrol stockpiled close to a beach along Badagry waterways.

“The large quantities of petrol were intended to be smuggled out of the country.

“Our men stormed the location, and the products were successfully evacuated to the command premises at Seme Border.

The controller reiterated the commitment of officers to making smuggling unattractive, stating that the economic saboteurs would be frustrated until smuggling was suppressed to the barest minimum.

Mr Jibo called on Nigerians to provide useful information that could help to curtail the illegal activities of unscrupulous elements.

The controller appreciated the support and cooperation enjoyed from host communities and security agencies.