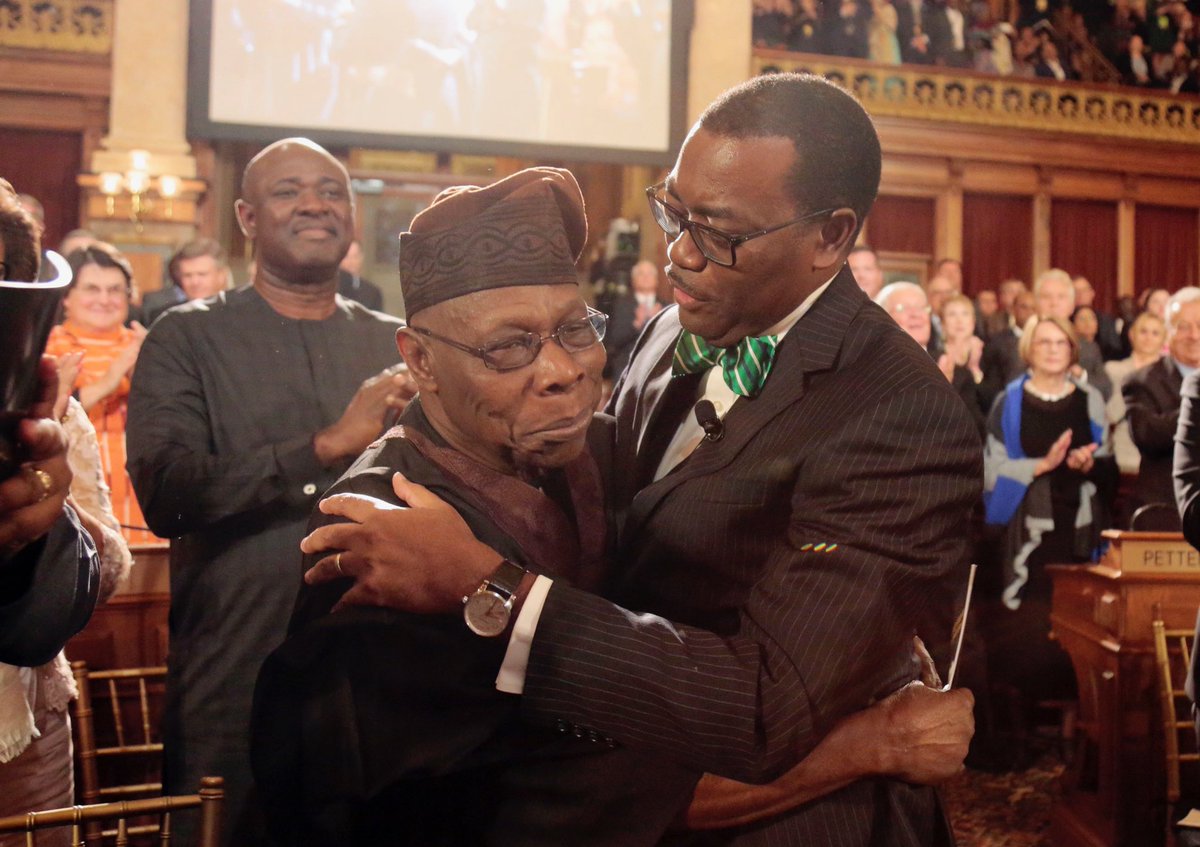 Reports have emerged that former President Olusegun Obasanjo is backing the President of the African Development Bank (AfDB) and former Agric Minister, Dr Akinwumi Adesina, for the 2023 presidential race.

Sources told Vanguard that Obasanjo’s silent moves for Adesina are coming just as he (Obasanjo) reportedly failed to convince Governor Aminu Tambuwal of Sokoto State and former Governor Rabiu Kwankwaso of Kano State to work together to advance a common interest of the Peoples Democratic Party (PDP) in the presidential election.

It was learnt that both Tambuwal and Kwankwaso are planning the possibility of running for the Presidency under the PDP come 2023 but Obasanjo had tried and failed to reconcile them ahead of the next political dispensation.

A source close to the former President said that it was the reconciliation of the two men that took the former leader to the Caliphate last week while he was in the state to commission some projects completed by the state government.

Obasanjo’s aide said, “Last week, Baba was in Sokoto under the guise of flagging off some projects completed by Tambuwal but the real intention was to reconcile Governor Aminu Tambuwal with Rabiu Kwankwaso ahead of 2023 because two of them, who are his political sons, are keen on the Presidency.

“But it is also clear that Baba is trying hard to put up structures for another political son of his, that is the current African Development Bank President, Adesina, under the Peoples Democratic Party since it is clear to him that the North would not support his candidates for the posts.

“It is obvious to him that the reconciliation that the former leader is pushing is not in the interest of the North and he might jettison his current party and push for the formation of a hybrid party that will weaken both the PDP and the APC and strengthens the new one to win the Presidency in two years.

“Baba’s backing for the AfDB President is predicated on his sound educational, economic and leadership pedigree that he believes can guaranty him easy victory over other recycled politicians with some baggage,” the top politician said.

But Obasanjo’s push for Adesina might not fly as intended as two former heads of state, who he sold the idea, are reported to have kicked against the move.